Microsoft is giving its line of Surface tablets a new lease on life. With the Surface 2 and Surface Pro 2, the company hopes to rectify its previous mistakes and deliver not only the best laptop of the holiday season, but also the best tablet of the season. And according to Microsoft, the devices are already "close to selling out." 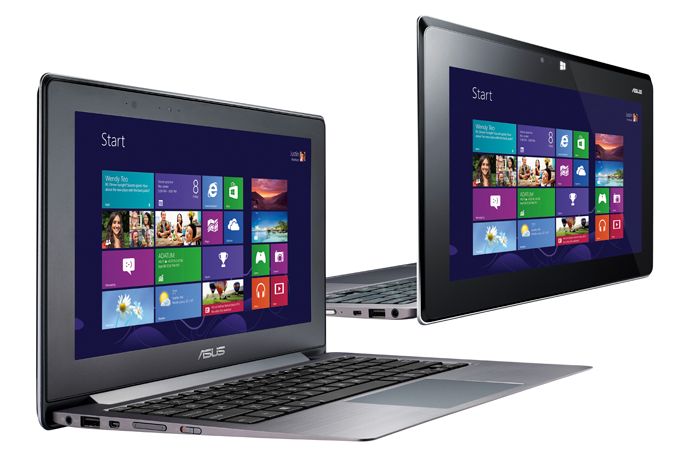 
Why You'd Want It: Although we've seen laptops with dual screens before, few have won the design accolades received by ASUS' Taichi. This 11.6" laptop features a secondary 11.6" 1080p IPS touchscreen that's built into the laptop's lid. The Gorilla Glass-covered lid is tough enough to withstand nicks and scratches, yet at 2.8 lbs. the entire system is light enough to take on the road. And while it doesn't provide the best tablet experience — PC Mag calls it a "good ultrabook and a mediocre tablet" — it's roughly $200 cheaper than the Surface Pro 2. 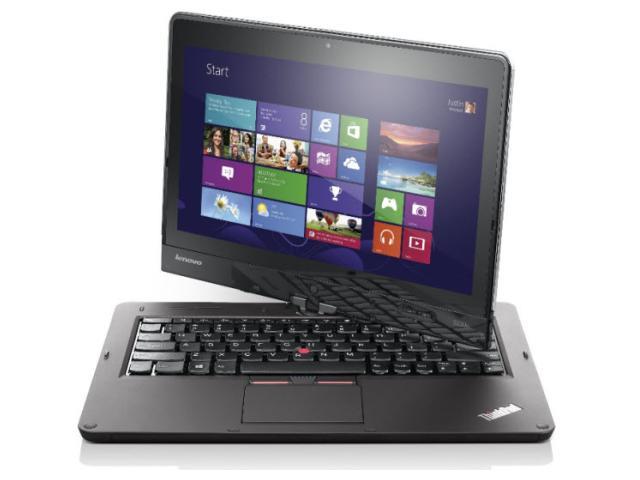 
Why You'd Want It: As far as hybrids are concerned, the Lenovo Twist is somewhat of a throwback, says CNET. It uses a center-hinge, swiveling-screen design that's reminiscent of pre-2010 tablet PCs. Nevertheless, the Twist feels firm and reliable with a responsive touchscreen, top-notch keyboard, and solid construction. It offers "one of the better tablet modes from the first wave of Windows 8 convertibles," says CNET. At about $150 under the Surface Pro 2's price, that sounds good to us. 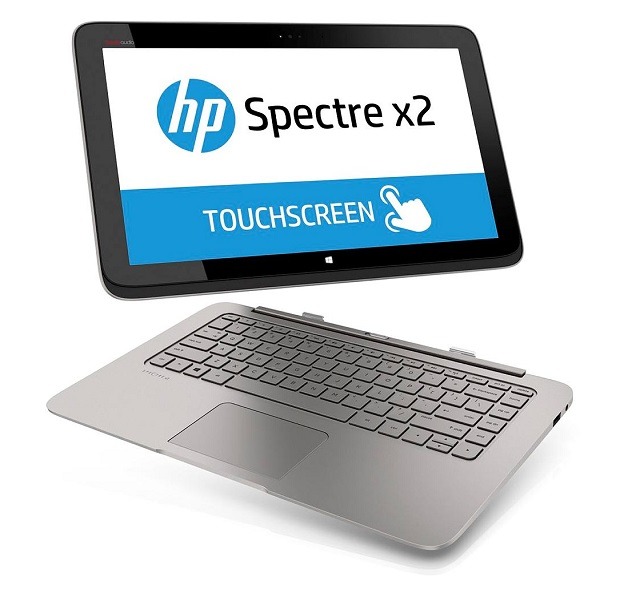 
Why You'd Want It: Though many will fault the Surface Pro 2 for its high price tag, HP's soon-to-be-released Spectre 13 x2 Laptop will command a $1,099 price when it debuts on October 16. But this tiny hybrid may be worth its premium price as HP boasts it'll be the first Windows 8 laptop/tablet hybrid to pack an Intel Haswell processor into a completely fanless chassis. For tablet use, the laptop's 1080p touchscreen will fully detach from the laptop leaving users with a bigger-than-average 13.3" slate. Pre-orders are scheduled to begin October 16. 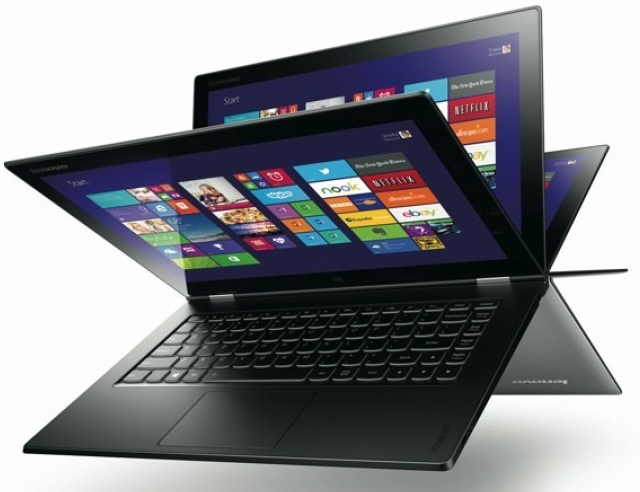 
Why You'd Want It: With its slimmer design, higher-res screen (3200x1800), and new Haswell processor, the Yoga 2 Pro leaves its predecessor — and many of its competitors — in the dust. The popular hybrid works much like the original Yoga with a 13.3" display that folds back a full 360 degrees to form either a thick tablet or a stand/kiosk device when only folded halfway back, says CNET. Like the above-mentioned HP Spectre, this new hybrid will command a $1,099 price tag when it debuts later this month, which makes it $80 pricier than the Surface Pro 2 and Touch Cover 2 combined.

The above-mentioned systems are just a handful of Surface Pro 2 alternatives. Other hybrids like the Sony Duo Series and the Dell XPS 12 12.5" 1080p Convertible Touchscreen Ultrabook provide even further options to Microsoft's Surface Pro 2, all at varying price points. But perhaps the Surface Pro 2's biggest competitor will come from Dell and its recently-announced Venue 11 Pro, a 10.8" $499 (starting price) hybrid that marks Dell's return to the mobile market. Various processor configurations will feature either an Intel Atom CPU or up to a Haswell Core i5. Pound for pound, this will be one of the Surface Pro 2's closest competitors. However, Dell has only announced pricing for the entry-level machine, so it's still unclear how much the stronger configurations, which will most closely match the Surface Pro 2, will cost. It's expected to arrive in November, along with a smaller Venue 8 Pro which will start at $299.

As more hybrids debut (and we guarantee you'll be seeing more), the marriage between laptop and tablet will become less awkward. Reliable designs will rise to the top, entry-level prices will fall, and better deals will be had on all new and existing hybrids. We may even see further price cuts on the Surface tablets from Microsoft. In the meantime your best bet is to wait and see what's in store for the holidays. Chances are slim these machines will see significant discounts, but with new competition debuting each month, we don't think these price points will have much staying power.

dower
A distinguishing feature of the Surface Pro and Pro 2 is the Wacom Digitizer, for most people this may not be a feature they care about, but it is significant. The only one in this list that has a digitizer is the Asus TaiChi, but it is an N-Trig, which isn't as good as a Wacom.
October 8, 2013

Louis Ramirez (DealNews)
@randelcole We only compared the tablet/laptop experience as that's what casual consumers are looking for (and that's what manufacturers are focusing on). No doubt the pen will appeal to some consumers, but if that's high on your list of priorities then you're probably not a casual user and are looking at specific machines. Or perhaps the Pro 2 is your machine. Our point wasn't to slam the Pro 2 (which isn't even out yet), but to look at other basic laptop/tablet hybrids w/in a similar price range.

@kkreider12: We just added it to our conclusion. It's worth noting that the $499 price will most likely be for the Atom-based Venue 11 Pro. Configs that more closely match Surface Pro 2 will prob cost a tad more, so it's too early to say how they'll stack up. Knowing Dell -- it will be cheaper, but we don't know by how much. Should be an interesting November!

randelcole
No mention if these alternatives to the Surface Pro 2 offer a pen and the ability to use 2013 Office touch. The pen is a huge benefit for designers and also simply to take notes and then have them automatically turned into a Word file. The ability to draw on the tablet also makes for marking up documents and charts, etc. very helpful. He also left out the new Samsung 3 Ativ 3 which comes with a pen and Office 2013 installed and is less than the Surface pro 2. Overall, this article is poorly researched and half baked. Do your own research!
October 8, 2013

VIEW ALL
Blog · Marketplace · 1 hr ago
How to Prepare for Prime Day 2022 as an Amazon Seller
Amazon Prime Day keeps getting bigger, which gives savvy Amazon sellers plenty of opportunities to increase sales. Check out the strategies that will help you succeed on Prime Day in 2022.
Blog · Morning Jolt · 2 hrs ago
5 Deals You Need to Know Today: Gap's Memorial Day Sale is Here
More Memorial Day deals, more great savings. This time Gap takes center stage. Check out this offer and more in our roundup of the five best deals we found over the last 24 hours.
Blog · Buying Guides · 1 day ago
What to Expect From Father's Day Sales in 2022
Father's Day is around the corner, and sales will be in full swing before you know it! Check out our guide on what to expect from Father's Day sales in 2022, including what will be discounted and the savings we should see.
Blog · Marketplace · 2 days ago
How to Create Coupons on Amazon
Amazon brought coupons to Seller Central in 2017, but these aren't your grandmother's coupons. Learn how to create coupons on Amazon, and what to know before you do.
Blog · Buying Guides · 3 days ago
6 Simple Ways to Renovate Your Kitchen Through Home Depot
If you're feeling like your house needs a refresh, consider these simple ways to do a Home Depot kitchen renovation. You can update your look and potentially increase your home's value!

Shop from over 40 men's and women's styles. Of note is the Reebok Men's Club MEMT Shoe in White/Collegiate Navy/White (pictured) for $44.97 (a $10 low). Shop Now at Reebok

Clip the coupon on the product page and check out via Subscribe & Save in order to get this deal. You'd pay $10 elsewhere. Buy Now at Amazon

T-shirts, tanks, and shorts are discounted by half (as marked), and you can use coupon "SUNNY" to take 40% off almost everything else. That stacks with code "ADDIT" to take another 10% off everything. Shop Now at Gap

Thanks to coupon code "MEMDAY15OFF", that's a $3 drop from April and the lowest price we've seen. (It's the best deal today by $14.) Buy Now at eBay

Use coupon code "SUMMER" to get this deal in 8 colors. It's a low by at least $4. Buy Now at adidas