Why Your Next Phone Should Be a Refurb

Factory-refurbs with manufacturer warranties can be an affordable, reliable option — and demand is growing.
BY:
TUCKER CUMMINGS
DealNews Contributing Writer 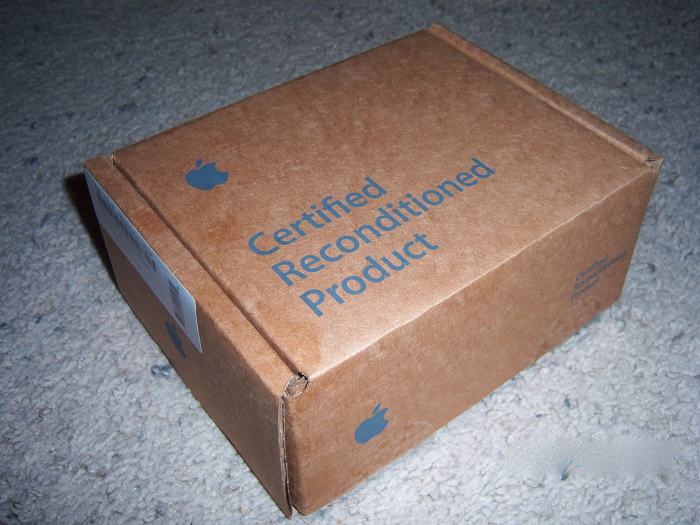 It wasn't all that long ago that savvy consumers were reluctant to buy refurbished electronics. As recently as 2012, MacWorld called the world of refurbed iPhones "potentially shady," while one Lifehacker writer cautioned readers that her "personal experience buying refurbished gadgets has been a horror story."

But recently, there's been a surge in people buying refurbished smartphones. And tech experts have changed their tune: CNET's Rick Broida famously declared that shoppers should opt for a refurb Apple product over a new item "every time."

We at DealNews have long been fans of the noble refurb. When backed by a proper warranty and a return policy, a refurbished smartphone can save you a ton of cash over a brand-new model. But even knowing what a great deal a refurb phone can be, we're still a little surprised at just how popular refurbished smartphones have gotten recently. So what's behind this shopping trend?

Refurb Demand to Double by 2017

A recent Gartner survey found that the demand for refurbished phones will grow to 120 million units by 2017, a business that will be worth about $14 billion. This is up from 56 million units in 2014. In essence, the refurb market is expected to just about double in only a few years' time. According to Gartner, over half the people buying refurbs are getting a new phone because they want access to new features, or they "just want" that new device feel.

Those figures are in line with trends that resale services like Gazelle are seeing. According to Gazelle's Kevin Walther, market research has found that about 40 million U.S. consumers would consider purchasing a used smartphone. Since Gazelle launched its certified pre-owned smartphone store in October, the company has seen month-over-month growth of about 20%.

4 Things That Are Driving Consumers to Refurbs

A quarter of all customers surveyed simply needed to replace a device that had been lost, stolen, or damaged in some way. And over half of customers surveyed were opting for refurbs as a low-cost device to give to a child or other family member.

About a third of customers simply wanted to upgrade to a newer phone. There's a cyclical nature to the smartphone marketplace. Smartphone manufacturers tend to release new phones yearly, but customers are often tied into two-year contracts. According to a study from Recon Analytics, the average American consumer will upgrade to a new smartphone every 22 months or so.

That means there are a lot of relatively new phones available as refurb models. For people who don't need the fastest processors or the latest features, a refurb smartphone still has a lot of useful life left. Refurbs are also a nice option for people who want the flexibility to upgrade their phones more frequently than every two years.

A great blog post over at The Frugal Girl outlines another huge benefit of buying a refurb phone: lower monthly bills. The post explains how one family pays a mere $21/month for their two refurbished smartphones. For people who want to go the pay-as-you-go route, a refurbished smartphone can save you a ton of money, particularly if you are paying more than $100 per month with your current plan.

For more on saving on your phone bill, check out our guides to reducing costs, comparing providers, and Verizon's latest rate cuts.

Another, admittedly less-common, reason that some people are buying refurbished smartphones is the environment. While the Gartner survey was quick to point out that only a small number of used smartphones end up in an official recycling program, nearly 64% of old smartphones get "recycled" by people who give them to others directly, or those who participate in some kind of refurb trade-in program. Those who are environmentally conscious feel good about buying a phone that might have otherwise been discarded.

Refurb Deals Are Plentiful, Too Good To Miss

There's another factor at play here, too. As retailers and carriers offer better deals for your used phone, people are upgrading even more frequently. That means more refurbished (and better) phones are hitting the market every time a new device comes out.

For example, I personally traded in both my iPhone 4s and the iPhone 5s not long after the new generations debuted, just because the trade in offers at major retailers (Best Buy and Staples, respectively) were so good. So when people like me trade in their still very new phones for the very latest and greatest, bargain hunters can get a great deal on a phone that's been gently used.

In addition, more people are flocking to refurbished smartphones because there are simply more places to buy such devices. Carriers like Verizon and AT&T both have refurb programs, and so do online retailers like Amazon, eBay, and Overstock. National retailers like Best Buy and GameStop also sell refurbished devices.

All Refurbs Are NOT Equal

It is very important to note that when we discuss the advantages of refurbished electronics, we are talking specifically about factory-refurbished items from the manufacturer, or those from an authorized reseller (which are often listed on the manufacturer's website). This will ensure that the refurbishment was actually worthwhile, and more importantly, that a warranty is still in effect and backed by a reputable source.

We have noted before that third parties on sites like eBay and Rakuten can sell so-called refurbs that may be simply used, grey market, or even a knock-off.

Readers, have you ever bought a refurbished smartphone? Did you have a like-new experience, or did you get stuck with a lemon? Tell us your stories in the comments below!

And for more on buying refurbs, be sure to check out our guide to refurbished electronics, and our list of the top brands for doing so.

badam
Companies like A4C and JemJem (Which I might add are continually featured on this site) are the reason people do not opt for refurbished electronics.
They market their used electronics as "refurbished," but are very vague on what this refurbishing process entail, other than "testing by trained technicians(A4C)."
But hey, they give you a 30-90 day warranty so you should be good right? A. Problems can and ussually do show up after 90 days (aka battery). B. Good luck collecting on this warranty.
In short, refurbs from a quality company, that replaces batteries on 4 year old devices and properly inspects their devices, are great for the reasons listed above.
However, it is hard to find such refurbs even on this trusted site. Don't believe me? Order something from the companies I've mentioned or other no-name companies and you will see for yourself.

Lindsay Sakraida (DealNews)
@tradderjohn Well, our columnist who is very green-minded has indeed said that exactly, but we recognize not everyone thinks that way, haha.
March 16, 2015

CLS9
I've been buying Apple refurbs for years and never had any problems.
Refurb: already gotten the bugs out.
March 14, 2015

vwoom
I'm typing this entry..from a 9yr old refurbed Dell desktop. Never broke nor failed me. Not even once.

Though I've never owned a refurbed smartphone (I always buy new, with the best absolute price I can get from Swappa)..my next one, could be it.
March 14, 2015

tradderjohn
buying a refurb to save the planet, said by no one
March 14, 2015

Lindsay Sakraida (DealNews)
@einstein999 Check out the link to our refurbs guide. We go into depth about the types of refurbs that are safe purchases.
March 13, 2015

teatimecrumpet
Why would you unless you absolutely have to have the newest tech phone? All other second best phones are reasonably priced even off contract. I've got a quad processor android for $40...new.
March 13, 2015

Torr310
Just make sure don't get those with non-replaceable battery, but it's say which this is the most case.
March 13, 2015