Why Your Next Laptop Should Have a Touchscreen

Touchscreen laptops have invaded the market, and contrary to popular belief they're cheaper than their non-touch counterparts.
BY:
LOUIS RAMIREZ
DealNews Contributing Writer 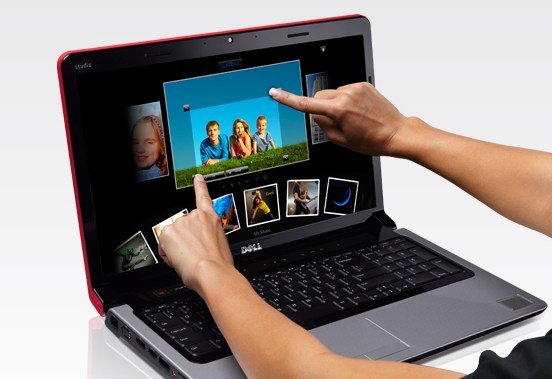 Touchscreen laptops aren't the future of mobile computing; they're present day must-haves. According to NPD DisplaySearch, as many as 19.8 million touch-enabled notebook PCs shipped last year, and the number is expected to increase in 2014. And being the natural penny pinchers we are, we decided to track deals on touchscreen laptops to see where prices are going and how they compare to traditional systems. Our conclusion? Your next laptop purchase should include a touch display.

15" Touchscreen Laptops Are 45% Cheaper Than They Were Last Year

At the start of 2013, the cheapest 15.6" touchscreen laptop deal set you back $599. Prices tumbled throughout the year, but it wasn't until Black Friday that deals hit the rock bottom price of $329, a 45% price drop when compared to deals at the start of the year. Sure, 2014 will see its fair share of new touchscreen laptops with faster processors and higher resolution screens, but deal prices for mainstream touchscreen laptops will likely continue to remain around the sub-$400 range, which we've thus far seen in January.

They're More Than Just Gimmicks

We admit: the idea of a touchscreen display on your laptop sounds like the ultimate marketing gimmick. However, Windows 8 was made for touchscreen machines and the concept is more practical than you'd think. As the Verge points out, the touchscreen is a complement, and not a replacement for your mouse and keyboard.

Although they were $100 pricier than their non-touch counterparts at the start of 2013, today touchscreen laptop deals are actually $41 cheaper than traditional systems. (We specifically compared them to 15.6" Ivy Bridge Core i5-based laptops.) Throughout the previous year, the price gap between the two quickly shrunk and during Black Friday both types of laptops fell to $379. However, post-Black Friday deals show that 15" touchscreen laptops have rebounded to $400, whereas non-touch 15" laptops spiked a tad higher to $441. So far in January touchscreen laptop deals have kept their $41 advantage.

The Market Has Already Moved to Touchscreen

Touchscreen laptops are not a fad, and there's no better proof of that than the support they're receiving from manufacturers. Dozens of new models were just unveiled at the Consumer Electronics Show and more are expected to be released in the coming months. Sure, the same thing happened with netbooks, and it's true that Apple is against the idea of a touchscreen MacBook, but Apple was also against the idea of a tablet. Regardless of Apple's stance, touchscreens are here to stay. Adapt or be left out.

As the laptop industry continues to lose market share to tablets, you can expect deals on touchscreen laptops to get even better. Whether that means better specs for your money or lower prices on what's available now has yet to be determined. Either way, deals are in the consumer's favor and there are few, if any, reasons not to go touchscreen.

nimer
Of course the stunning windows 8 laptop sales figures are the best evidence. I personally am due for an upgrade but I refuse to let go of my windows 7 laptop. Windows 8 is good on phones, okay on tablets, an utter DISASTER on laptops or pcs

raabscuttle
After setting up a Dell XPS 27" all in one with a touch screen for CES, I can say that Windows 8 is a TOTALLY different experience with touch screen. It is much, much more usable and fun to use.

I also had an MSI gaming laptop without touch, but with Windows 8, and finally pull it off there (after giving it 6 months, including a start button app upgrade, and 8.1 update) and put Windows 7 ultimate on it. Much better laptop now.

Bottom line: If you are getting a win 8 machine, I'd 100% recommend touch.

pmurray63
I remain unconvinced. Touchscreen laptops are just another aspect of the Windows 8 debacle.
January 21, 2014

Dougz
My wife and I have several Win 8 machines here including a Surface RT, a desktop with a touch screen, a couple without, plus a couple laptops. I used to look on laptops and desktops with touchscreens as gimmick accessory. That was until I found myself trying a touch maneuver on my laptops (that don't have touch screens) more than once! My wife sometimes forgets my desktop doesn't have a touchscreen (until her touches are ignored).
As the article says, it's not something you would use exclusively, but more often than I would have ever thought. I'd trade my laptops for ones with touchscreens in a heartbeat, and I'll never buy another new monitor without touch.
January 21, 2014

WilkWise
Try using a touchscreen for 6 hours a day, 5 days a week, month after month. Result? Shoulder problems which require medical treatment. I can't even imagine what touchscreen on a desktop would do to an arm. On my ereader and phone of course touchscreen works just fine because of the way they're held. If it weren't for a touch mouse I'd would have sold the laptop after less than a month. I haven't touched the screen since February.
January 21, 2014

mikiem
MS forced the touchscreen interface to drive their app store -- now they seem to be backing away a bit judging from rumors, while Start Menu replacements are extremely popular. At the same time, Intel, AMD etc. are bringing Android to Windows, putting more pressure on Microsoft's app store. Marketing says traditional PC/laptops are dead, but you can't buy one new for
January 20, 2014

AlexThunder
It is these useless and awful glossy touchscreens and Windows 8 make me think about Apple computers more and more.
January 20, 2014

Ace Rewards members save up to an extra $3 on this selection of home exterior cleaner sprays. Shop Now at Ace Hardware