Why You Should Skip This Weekend's Liquidation Sales at Borders 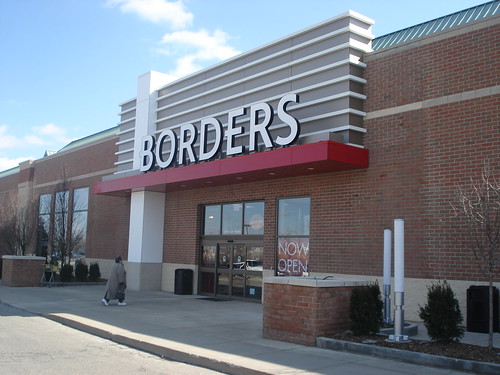 The seemingly inevitable happened yesterday when Borders — the latest victim among wounded booksellers — announced that it was shuttering its remaining 399 stores. And while the constant mention of upcoming "liquidation sales" will surely make deal shoppers perk up in eager anticipation, dealnews has found that, historically, these sales are more so laced with smoke and mirrors than genuine value.

The news was probably not surprising, since Borders filed for bankruptcy in February and swiftly closed approximately 30% of its stores. Liquidation sales soon followed, and initially, they took 20% to 40% off, according to NewsObserver.com. While obviously nothing heart stopping, the discounts still motivated consumers to clear Borders inventory.

However, in the time since Borders declared bankruptcy, dealnews has listed 22 coupons for discounts ranging from 30% to 50% off. You heard that right: Everyday Borders coupons offered better savings than the merchant's initial store-closing sales.

Obviously one cannot hope for a coupon this time around, but, if Borders does indeed roll out discounts that are comparable to its initial round of liquidation sales, then it will be offering middling markdowns at best — and in some cases, falling short of its regular post-coupon prices.

The Reason Behind Modest Markdowns

Liquidation sales are often run by an outside party that buys the merchant's remaining stock, resets prices to MSRP, and then begins slashing prices.

When Circuit City similarly held liquidation sales two years ago, dealnews ran a price analysis of a handful of items that were featured in the sale. Not surprisingly (for us at least), most of them were available for less elsewhere, some by an enormous margin. And since The Wall Street Journal reported today that Borders is seeking to sell off its assets to begin liquidation as early as Friday, it's reasonable to think we might see a similar trend with the fallen bookseller.

While we cannot say with certainty what the last-ditch discounts were for that first round of Borders store-closing sales, our research does indicate that, historically, the best liquidation cuts (around 80% to 90% off) occur 6 to 8 weeks in. So, while you can't expect a coupon this time, you can at least wait patiently for better markdowns.

Of course, you then run the risk of shopping from a greatly-diminished selection of goods. If you simply must check out the upcoming Borders sale, dealnews urges shoppers to proceed with caution; better deals are likely available elsewhere, and you would benefit from keeping your smartphone handy to check other vendors, as well as relevant coupons at dealnews.

ubercake
I've mentioned the fact to everyone I know who thought they would save something this weekend on the "up to 40% off sale".  Everything I wanted was around 10% off or still not discounted.  Some liquidation, huh?  I'm sure Border's execs will receive record bonuses this quarter too.  Kind of the way it works in our bail-out no-one's fault economy.
July 25, 2011

Harrkev
Kobos are just fine.  They can use books from ANY store that supports the Adobe Digital format.  These readers are just as useful as the Sony ones.

Plus, with a little effort using Calibre and the right plug-ins, you can purchase books from Barnes & Noble to put on the Kobo.  You can even put Kindle books on there too, but the conversion process is best left for simple novels.

I now routinely strip the DRM off of my Nook books so that I can put them on my Android phone, where one reader supports text-to-speech.  That way I can listen to my books while I walk or drive.

das007
However, those coupons usually exclude already discounted books.  I've found it hard to find recent publications with which to use them since Borders already offered them below MSRP.
July 20, 2011

married2lori
Be aware also, that liquidators usually bring in worthless merchandise of their own to mix with the merchants inventory.
July 20, 2011

Amalink
I wonder who will be offering books for sale on the Kobos now? Or should people who have one ditch it and get a damned Kindle before it is just another worthless hunk of junk.
July 19, 2011

That's $20 less than the next best Buy Now at eBay