Whole Foods Will Open a Cheaper Chain Next Year

"Whole Paycheck" is targeting budget-conscious younger shoppers with a new chain of stores. But details are light, and Trader Joe's already has the lead.
BY:
ERIN CODUTI
DealNews Contributing Writer 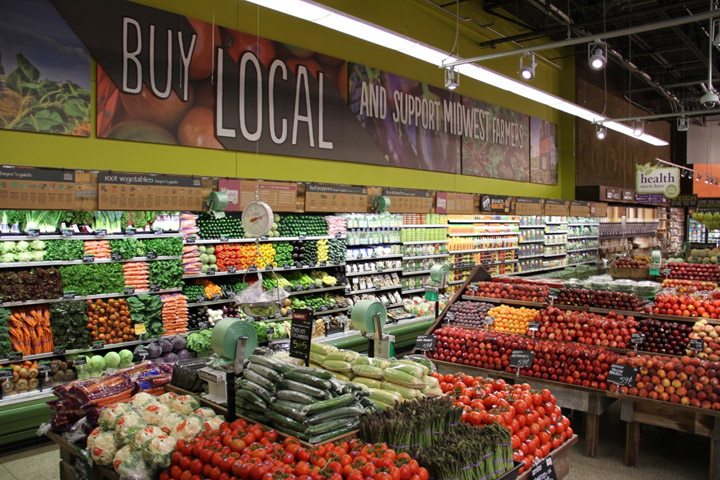 Whole Foods has announced plans to open a new chain of grocery stores in an attempt to snag budget-conscious shoppers interested in fresh fare. They expect the first stores to open in 2016.

While this could mean great new deals for budget-conscious foodies, it signals a confusing shift for the company that has built its reputation on high-quality and high-priced goods.

The company also plans to use "innovative technology" to create something "unlike anything that currently exists in the marketplace." Your guess at what they mean by that is as good as ours at this point — will you shop online and pick up your order at the store? Use your phone to scan digital barcodes by each product that give you more details about where it was grown? Purchase 3D-printed fruits indistinguishable from the real thing? (Okay, probably not that last one.)

They'll have lower prices than Whole Foods, but also a more limited selection of products.

It isn't even clear if this new grocery store will carry organic offerings. In a statement, co-CEO Walter Robb said the stores should appeal to anyone looking for "high-quality fresh food," but as Jezebel points out, "fresh" doesn't necessarily mean "organic." If it's not offering mostly organic fare, it's worth questioning what will draw budget shoppers in and away from their usual grocery stores.

SEE ALSO: Save on Groceries This Summer With a Home Garden

Some worry about whether these stores will attract customers away from Whole Foods' current businesses, or if they'll attract anyone at all. If Whole Foods offers lower prices at this new chain, it raises the question: Why aren't they offering these prices at their current stores? Will the products at the value chain be lower quality, or are some products at current locations overpriced?

While Whole Foods claimed record second quarter sales and also announced plans to triple its number of conventional stores, the move towards cheaper stores is likely an answer to criticisms of Whole Foods' high prices (it's earned the nickname "Whole Paycheck" from some critics), and a response to increased country-wide interest in healthier, less processed fare. Competitor Sprouts Farmers Market has plans to open nearly 30 new locations in 2015, and Trader Joe's has already opened nine new stores this year.

In addition, many traditional grocery stores are beefing up their organic offerings. Kroger's Simple Truth/Simple Truth Organic line netted the company $1.2 billion in 2014, for example.

Whole Foods said more details about their new stores will be announced at a special event sometime in the next few months.

What do you think? Could a budget Whole Foods tempt you away from your current grocery store? Let us know in the comments.

VIEW ALL
Blog · Morning Jolt · 5 hrs ago
5 Deals You Need to Know Today: Enjoy The Great Outdoors at a Great Price
Save on a 14-person Ozark Trail tent for the next time you take a small village camping. Check out this offer and more in our roundup of the five best deals we found over the last 24 hours.
Blog · Consumer News · 5 days ago
Excess Inventory Is Good for Shoppers. Here's How to Save
Some retailers are dealing with an excess of inventory and offering discounts to help correct the levels. But how can shoppers benefit from overflowing stockrooms? Read our guide to find out!

Prime members get this for the best price we could find by $50. Buy Now at Amazon