When Can You Get the Best Price on CES 2012's Hottest Releases? 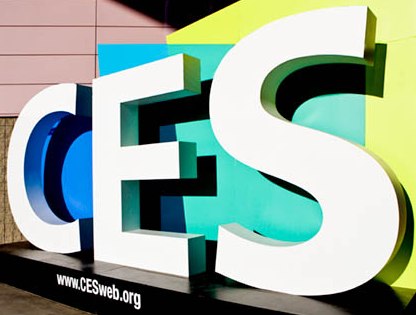 The Consumer Electronics Show (aka CES) is this week, and your Google Reader feed will soon be inundated with blog posts about exciting new technology for 2012. But there are some trends that we can already begin to discuss, like, for example, the proliferation of new ultrabook laptops from a variety of manufacturers.

But because dealnews readers are savvy tech consumers, we didn't want to stop at just discussing the likely trends that will come out of CES. Fancy new gadgets are great, but not all of us are willing to line up to pay retail the moment these products become available for the masses. So we decided to track the deals we listed on past CES releases, to see when those items saw their first discounts as well as their all-time best prices in the following year. That information can help guide your decision about when to try out that nifty new "smart" HDTV or tablet we're going to see in the coming days. So read on for our buying advice for a few top CES trends. 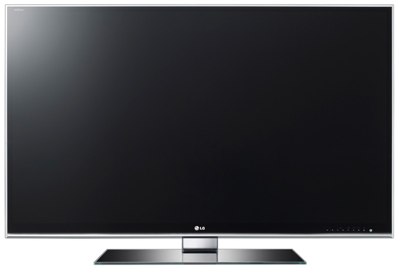 Expected Trend: Thinner and Smarter TVs
According to TechCrunch, "several major manufacturers will debut Android powered HDTVs" at this CES, in an attempt to make TVs smarter. Which is to say, they will try and beat Apple's upcoming TV before it even hits the market. Expect TVs with not only Internet connectivity, but apps and a sophisticated interface.

So what can you expect pricewise, after these items are released to consumers? To find out, we tracked one of the top-rated TVs at the 2011 CES, which thus means it was one of the higher-end, feature-rich models at the show. The LG INFINIA 47" 120Hz 1080p Widescreen 3D-Ready LED-Backlit LCD HDTV, model no. 47LW5600, was first listed on dealnews for $1,300 in April, and a little over a month later we saw it drop to $1,010 (with a $200 Video on Demand credit) at Fry's. It then proceeded to steadily drop each month until it hit its all-time low price point at $799 in September.

That pattern is not unique to just this model. In fact, this past October, we looked at the price history of CNET's top 12 HDTVs of the year, most of which debuted at CES that last January. By October, the models had dropped in price by 37% (on average) since they first hit stores, some by as much as 50%.

Keep in mind that, since these TVs are high-end models, they will likely see even lower prices this and next month, as retailers begin slashing prices to make room for new TVs announced at CES. (That's because name-brand sets don't see rock-bottom discounts on Black Friday, but rather in December through February.) So this year's CES releases could be 33% to 50% cheaper come October, and will likely see their lowest price point of the year around CES 2013.

Expected Trend: A Plethora of Ultrabooks
Numerous manufacturers will debut their own take on the super slim trend, and as TechCrunch puts it, "2012 will be the year of the ultrabook, for better or worse." If the idea of more non-Apple featherweight laptops excites you, then get ready.

But when should you buy them? Following the price history of the ultimate light and slim laptop, the MacBook Air, is fairly useless since Apple products never follow the traditional discount trends. Therefore we turned to another widespread form factor trend within the laptops sector: netbooks. Although netbooks and ultrabooks are vastly different in quality and price, we can still chart the timeline for when the netbook saw it's greatest discounts after making a splash at CES.

Netbooks made major developments in 2009, and Laptop Mag noted that the Dell Inspiron Mini 10 was one of the top releases that year. The Mini 10 retailed for $399, and Dell began taking preorders in March by offering a small discount. A few days later though, it dropped the price all the way to $299. A nice cut, but it didn't last long; the Mini 10 then remained above $350 until May when it once again fell below $300. In the year of its debut, it hit its lowest price ($229) in July and then again during Black Friday weekend. The lowest price we've seen to date is $199, and it hit that point in January 2011.

So when should you buy an ultrabook? Well, if you must have one of the new super slim laptops right away, at least look for an extremely modest entry promotion rather than going for retail. However, it may be wise to wait until this summer or Black Friday (surprise, surprise!) to get one of the best prices of the year. That said, keep in mind that high-end desktop replacements traditionally see their deepest cuts in December, shortly after Black Friday; because of the sophistication of the slim ultrabook trend, the wave of these new laptops may veer instead toward the slightly later price timeline of higher-end systems. 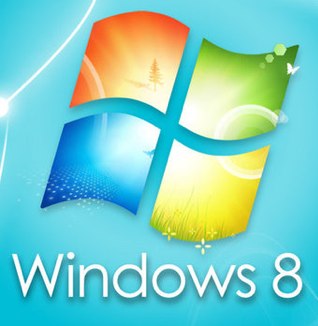 Expected Trend: Windows 8 Tablets
Microsoft will unveil Windows 8 to many techies this week, and considering the OS was designed for tablets as much as it was for PCs, there's a good chance that CES will debut some tablets running Windows 8 — adding further depth to the tablet market. Since Wired deemed 2011, "the grand Android coming-out party," we can thus plot these new Microsoft optimized devices against the Motorola Xoom.

Like the Dell Mini 10, the 10" 32GB Xoom was available at a slight discount ($590) during preorders in March of 2011, and then a month later it fell to $531. In June it hit $500, then $400 in July and again in August. By the end of late August, it was already at $351 (when you paid with an Amazon Visa). The reason for the massive cuts? The bloated retail price just didn't strike a chord with consumers. While Windows 8 tablets might not make it to a store near you by March, there's still a chance that the higher-end models will see quick substantial discounts within a short period of time (perhaps around the 6-month mark) if they aren't an instant hit.


These are just three major trends we're bound to see at CES, but there will be a gaggle of other drool-worthy tech goods bursting forth this week. dealnews is on site, and we've got an eye out for not only the hottest tech items in 2012, but anything that might suggest big shifts in (what else?) prices in the coming months. Subscribe now to the features newsletter or follow us on Twitter to learn the latest as we explore the tech Mecca that is CES.

VIEW ALL
Blog · Morning Jolt · 3 hrs ago
5 Deals You Need to Know Today: Levi's Jeans From Just $10!
A Levi's jeans genie snuck off to the city, strung out on coupons, and slashed-back prices. Check out this offer and more in our roundup of the five best deals we found over the last 24 hours.
Blog · Roundups · 23 hrs ago
The Best Men's Clothing & Accessories Deals
From adidas to Uniqlo and Allen Edmonds to Wilsons Leather, this is your guide to the best men's clearance sales, designer clothes deals, and everything discounted in the world of men's clothing.
Blog · Roundups · 3 days ago
The Best Patio Furniture Deals
From dining sets to fire pits to clearance sales, let the experts at DealNews guide you to the best discount patio furniture available today.
Blog · Roundups · 5 days ago
The Best Smart Home Deals
Whether it's a smart assistant, a security hub, a smart lighting setup, or one of the many other home automations on offer, these are our picks for the best smart home deals available right now.

It's the lowest price we could find by $6. Buy Now at Amazon

It's the best price we could find by $5. Buy Now at Amazon

That's the lowest price we could find by $10. Buy Now at Amazon

That's $4 less than our mention from last week, and the lowest price we could find today by $204. Buy Now at Amazon

Although widely price matched, the timing is right and it's $5 under list price. Buy Now at Amazon