When Can You Expect the Best Deals on the Newly Discontinued HP TouchPad?


The HP TouchPad is no more. The month-old device has become the latest casualty in the bitter tablet wars, receiving the cold shoulder from HP as the company announced yesterday that it will cease manufacturing the product. However, this news means that bargain hunters are licking their lips at the chance to score an aggressive deal on the webOS-based tablet. But how steep of a discount can you expect and how soon? 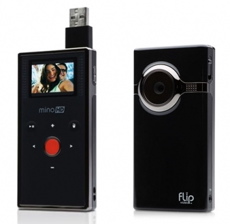 In order to gain some insight on common-practice pricing trends for discontinued products (and thus predict future TouchPad discounts), we analyzed past deals for another gadget casualty: the Flip Digital Camcorder, which was discontinued by Cisco in April of 2011.

Prior to the Flip's demise, the 2nd-generation 4GB Flip MinoHD's best deal came during the week of Black Friday when we listed it for $89. (It had been $136 prior to that mention.) Three weeks after its discontinuation, the 4GB MinoHD beat that Black Friday price when it dropped to an all-time low of $84. And just last week we saw a 4GB (3rd-generation) fall to a new all-time low of $58 (via Amazon), four months after the announcement of its demise.

We also saw steep discounts on the 2nd-generation 8GB model, which dropped from $119 in February to $68 in June. And, for further comparison, we recently listed the 3rd-generation 8GB MinoHD for $90 (via PC Connection Express), down from $139 in March.


What Does This Mean for TouchPad?

Across the board, all MinoHD models received stellar discounts, particularly the 4GB models. This may correlate with the 16GB HP TouchPad, which debuted for $499. It was listed last week for $331 (currently $397 with free shipping at Abe's of Maine), which means this could eventually be the first major tablet to come in at under $300.

As for the 32GB TouchPad, it debuted from HP for $599. Days after its release, we listed it for $550, and later HP temporarily discounted it to $499. And already today, we found a deal at B&H Photo-Video for $449 with free shipping — the best price we've seen so far. (Note: See our update below.)

However, regardless of the model, if you're looking for a heavily-discounted TouchPad, we recommend that you forgo the initial wave of deals. Instead, wait one or two months and you'll likely score an even bigger all-time low.


Update: HP has since discounted the 16GB TouchPad to $99.99 and the 32GB TouchPad to $149.99. Although both are listed as sold out, check dealnews throughout the day (or set up an email alert) to see if they come back in stock.

linuxed
Fire sale this weekend was as good as it get's, I bought in. I think the hardware for $149 is totally worth it! WebOS will not go anywhere. If I do anything I'll wait until ubuntu or android makes a workable version for them. Very happy with the 32gb touchpad! :-)
August 23, 2011

duckeedoug
On the news of Bestbuy on Saturday evening reversing their decision on sending all inventory back to HP they will sell the tablets one per customer until sold out.  Brick & Mortar stores only no web orders.  HP now has them available on their site, but it took me 4 hours to order because the site is so inundated.  The order kept on falling somewhere along the order process with some type of VBS error.

HP Website state that they are sold out of the 16GB units.  This is in the banner of their page, but if you look in the left hand side of the screen you should see an link for both the 16GB and the 32GB units.  I selected the 16GB as a test and it was added to my cart, so it should still be available. as if this writing.

They also stated that the normal return policy does not apply, but the full warranty would apply.  On a side note BestBuy website is now sold out of the screen guards, it is currently on backorder

xbeyondrandomx
For those of you that are still thinking about getting one from HP, they have a notification sign up sheet that they put up on their site. With Best Buy and a few other stores sending all of their units back rather than selling them it wouldnt be a surprise if they have a whole of a lot more to sell here pretty soon.

bash5849
Both models are sold out and not available on many sites. HP Home and Office listed them as not available, but several hours ago I was able to place an order for one through HP's small biz site. The order seemed to process properly. The site is now overwhelmed and not responding. I know it's a dead product and OS, but at $150 for a 32 GB tablet, if I get a year of use out of it I'll be happy.
August 20, 2011

xbeyondrandomx
I went on the hunt this morning after buying a 32gb on HP's site last night.

I was told by Best Buy that they were told to send all of them back to HP as well as OfficeMax(or was it OfficeDepot...idk).
Wal-Mart was honoring the price cuts but it was near impossible to find one in my area.
Conn's was the only other store that I could find that would honor the price cut.
Radio Shack kept saying they were either sold out or not honoring the new price yet but told me they have a price guarantee for 14 days from purchase.
Many websites have been bombarded with people trying to get the deal such as ttp://TheWiz.com[ and Microcenter and have had problems excepting too many orders.

Its a shame that HP has failed in the tablet game but really what did they expect? From my perspective they had 3 main things going against them:
1. About two years late in the tablet game2. Try to push your own custom OS when the field is already dominated by Apple and Android3. Price. Way to high for something that cant offer close to what other tablets can.Im just happy they based their OS off linux so it shouldn't be too long before some programmers come out with a nice distro for it :) Its definetly a good buy if you plan to "hack" it at some point or really just want a tablet for around the house for the kids or for some lazy internet surfing. Not the choice for a long term user. Its a shame it failed though because the flash works pretty well on them and the wireless charging capabilities is something Apple really needs to think about adding on the new iPads next year.Good luck finding one and hope you will join me in saying RIP Touchpad :(

duckeedoug
I believe that HP may be buying back stock.  12 hours ago Best Buy had the touchpad on their website at the normal retail prices, and now they don't even have the touchpad listed at all.
August 20, 2011

This a Rebranded PlayBook..

xbeyondrandomx
You can actually get them from the HP site for cheap. Just purchased the 32gb for $150. Plan to do the same, flash a different os to it. Hopfully someone goes all out with a Linux tablet OS for it :)
August 20, 2011

jonathanwylie
It is already selling in Canada for $99 and the US looks set to follow suit in the HP fire sale, but I'm not interested in a tablet that has no support now.
August 19, 2011

sparrow
Yeah no one should buy this.  The operating system is likely dead and the tablet's browser is currently much slower than its competitors, something which won't get better.  HP should pull this off the market and offer refunds or give customers a way to install Android.
August 19, 2011

canative454
Not on my list. Unless someone is going to write apps for it or maybe it can be rooted and loaded with the Android OS.
August 19, 2011

Kyser_Soze
If you factor in the cost of honoring warranties and other customer service issues, it may make sense for HP to buy back all the stock. I have seen HP products for sale that are "debranded" and my guess is they use this as a way to avoid dealing with any customer issues. Having dealt with HP on a branded product and experiencing their message to me to give up and stop pestering them, I wouldn't buy anything from them ever again.
August 19, 2011

seyhee0919
My understanding was that HP is going to buy back all stock quite possibly and that sales are simply no more...but I could be wrong.
August 19, 2011

That's tied as the lowest price we've seen for this machine. (It's $51 under Cricut's direct price.) Buy Now at Amazon

That's the best price we could find by $9. Buy Now at Amazon