What to Expect from 4G LTE Coverage

As more and more 4G LTE smartphones hit the market (most recently the Apple iPhone 5), we have begun to see marked improvements in coverage for the fourth generation (aka 4G) of mobile technology and data networks. With 4G LTE, users enjoy extremely fast download speeds and therefore smoother streaming video, faster-loading websites, and (eventually) potentially better call quality. As it stands right now though, the quality of a 4G connection depends on the smartphone, carrier, and location. Given these factors, it's important to look at exactly what 4G can do for you. 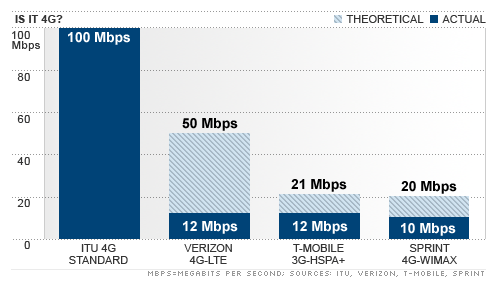 Although 4G networks have been rolling out across the country for a couple of years now, the issue has been slightly confusing: various technologies have been tagged with the 4G label. LTE, or Long Term Evolution, has emerged as the frontrunner, and it looks set to become the first worldwide mobile phone standard.

In theory, LTE can support download speeds of up to 100Mbps and upload speeds of up to 50Mbps. In practice users will never see these speeds, but in general 4G LTE is faster than 3G technologies. Depending on connection strength, 4G could be 10 times faster than 3G, it could be twice as fast, or (just to confuse matters) it could even be slower than advanced 3G technologies like HSPA+. In general, though, 4G LTE should offer speeds of 5Mbps to 12Mbps.

Large cities tend to have better coverage, and customers there will likely enjoy speeds of around 20Mbps; a majority of the nation however is looking at speeds a lot slower than that. A PC Mag test of 30 major U.S. cities found that Verizon offered the best overall coverage, with average download speeds across the country of 8.89Mbps. Interestingly AT&T's 4G LTE offers the highest average speed at 13.71Mbps, but its availability is much more limited.

To put this into perspective, streaming a hi-def 1080p video requires a 5Mbps to 9Mbps download speed. But customers who want to create a hotspot with their phones (so that other devices like a laptop or tablet can use the network connection) will definitely want a faster connection. For most people an average speed between 5 Mbps and 12 Mbps will be enough. It's worth remembering that average speeds are liable to go down as demand for bandwith goes up and the network has to serve more devices. 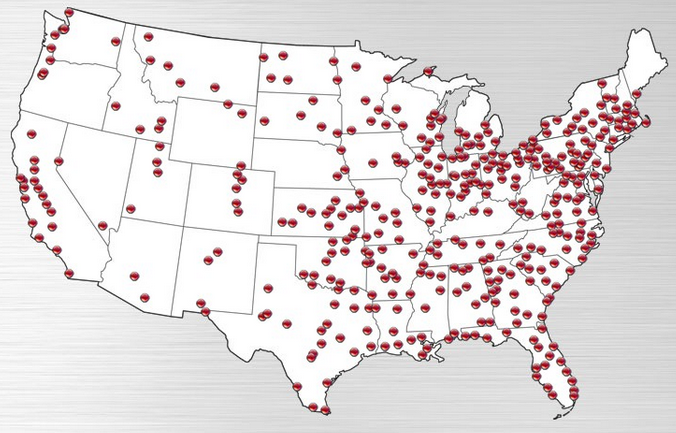 It's no surprise that 4G LTE has been rolling out to cities first, but coverage is extremely variable: only Verizon, AT&T, and Sprint actually offer 4G LTE service at the moment. T-Mobile's network is HSPA+ and its current average speeds are quite high, though the carrier will be rolling out LTE soon enough. Verizon currently offers the most 4G LTE coverage, and it claims to cover 75% of the U.S. population.

To compare coverage in cities, check out CNET's 4G coverage comparison and 4G LTE coverage maps for Verizon, AT&T, and Sprint at CNN. The bottom line is, if you don't live in or near one of these cities right now, then 4G LTE is going to be patchy or completely unavailable. All of the major carriers are committed to increasing 4G coverage, and it should eventually cover as wide an area as 3G, but that could take up to three years. 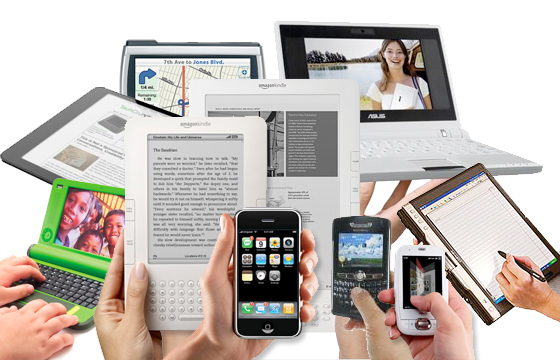 Unfortunately, as 4G LTE rolls out nationwide and consumers finally get a big, speedy pipeline to endless web content, carriers are simultaneously killing off unlimited data plans. A few years back, a typical mobile plan would include a set number of voice minutes and texts, and unlimited data. That trend is now being reversed; consumers can have all the texts and minutes they want now, but carriers are charging for data by the gigabyte.

New plans from AT&T and Verizon offer shared tiers of data that multiple devices can draw from. The trouble is, if any one of those devices goes over the monthly limit, carriers can bill for overages, at nearly $10/GB! For perspective on how much data an average user consumes, consider this: streaming an hour of HD video — made all the more possible with 4G — could use a full 2GB of data. If you're not careful about how and when you use your 4G LTE, you could find yourself with a much bigger bill at the end of the month. Thankfully both Sprint and T-Mobile continue to offer unlimited data plans — for now, at least.

Is It Worth Upgrading to 4G?

Even for those smartphone users who don't live in a well-covered area, it's worth upgrading to a 4G LTE device. All 4G devices on the market can also use 3G, since they fall back on 3G networks when there's no 4G service available. Plus, the service plans for 4G phone are no different than 3G, meaning there are no additional service expenses when upgrading. Moreover, 4G phones themselves don't have to cost a fortune. In the past five months, we've listed 22 4G-enabled phones that cost a buck or less, when purchased with a 2-year contract. And you can even get the iPhone 5 for free (after a trade-in, that is).

When it comes to choosing a carrier, knowing the kind of coverage available is key. If you're lucky enough to live in an area covered by all the major carriers, then it's a choice between the high speed and high cost of AT&T and Verizon, versus the relatively slow speed and potentially lower costs of T-Mobile and Sprint (thanks to their aforementioned unlimited data plans).

Interested in giving a 4G phone a try? Check our daily smartphone deals for budget-friendly options, or consider setting up a custom email alert to be immediately notified when we list the 4G device of your choosing.

That's the best price we could find by $50. Buy Now at Walmart