Unlocking Locked Cell Phones: The Controversy and How You Can Do It Legally

A few months ago it became illegal for customers to unlock their cell phones without the assistance of their wireless carrier. That is to say, if you wanted to uncouple your phone and switch from say, AT&T to T-Mobile, you would first need to get permission from your current service provider. Unfortunately, obtaining such approval can be extremely time consuming and inconvenient. Plus, it's in your wireless carrier's best interest to keep you tethered to their service.

Presently customer advocacy groups are lobbying to change the law, but for the time being folks will have to jump through some hoops in order to unlock their phones from their current wireless carriers. We've detailed those requirements below, but first, let's explore why this complicated copyright law has become such a hot-button issue.

Tides Are Turning on a Controversial Law 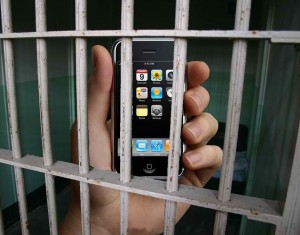 In October of last year, the Library of Congress announced that it would no longer renew an exemption to the Digital Millennium Copyright Act (DMCA) that allowed consumers to unlock their cell phone without the carrier's permission. (See page 16.) By not renewing the exemption, the Library of Congress in effect left consumers vulnerable to civil and criminal penalties – including possible jail time — if they unlocked their phones.

A petition protesting the decision was started on the White House's official website, and last week the Obama Administration answered: "The White House agrees with the 114,000+ of you who believe that consumers should be able to unlock their cell phones without risking criminal or other penalties. In fact, we believe the same principle should also apply to tablets, which are increasingly similar to smartphones," read the statement from R. David Edelman, the Administration's Senior Advisor for Internet, Innovation, & Privacy. "And if you have paid for your mobile device, and aren't bound by a service agreement or other obligation, you should be able to use it on another network. It's common sense."

The FCC was quick to agree with the President, saying in a statement that the Library of Congress' decision "raises serious competition and innovation concerns." Subsequently several members of Congress announced that they would introduce legislation to legalize cell phone unlocking. "I intend to work in a bipartisan, bicameral fashion to restore users' ability to unlock their phones and provide them with the choice and freedom that we have all come to expect in the digital era," said Senate Judiciary Committee Chairman Patrick Leahy (D-Vt.), according to The Hill.

Why Do Carriers Lock Phones?

For their part, cell phone companies argue that locking phones is an essential part of their business model. As we've discussed before, carriers offer smartphones to customers at a reduced and subsidized rate. The customer typically covers the carrier's initial loss during the course of a pricey 2-year contract. Cell phone carriers argue that allowing customers to unlock their own phones will encourage them to switch carriers and undermine the subsidy model as a whole.

It's worth noting, too, that some of a phone's features are unavailable on other carriers once unlocked. "Sprint and Verizon simply reject unlocked CDMA devices. AT&T and T-Mobile use different frequencies which have, so far, meant each carrier's 3G phones often become 2G on the other network," read a blog for PC Magazine. "Smaller carriers' frequencies and technologies often aren't compatible with the larger ones. Almost everyone uses different LTE bands from each other, which means each carrier's 4G phones may not work as 4G on other carriers, unlocked or not."

Unlocking Your Phone the Legal Way

Under the current law, the only way to unlock a cell phone is to request it be done by your carrier. But this isn't as simple as it sounds. According to the support sites for AT&T and T-Mobile, there are several requirements customers meet before the carrier will unlock any phone:

If you meet all of the requirements, the next step is to contact customer service (AT&T requires you to submit a specific form). If your request is approved, T-Mobile will provide you with a numeric SIM Subsidy unlock code that you can then enter on your device. AT&T will unlock your phone for you, although it can take five to seven days to complete. Also, if either carrier cannot get the phone's unlock code from the manufacturer, you're out of luck.

"While we think the Librarian's careful decision was reasonable, the fact is that it has very little impact on AT&T customers," AT&T said in a post on its Public Policy Blog. The blog went on to call the carrier's unlocking policy "pretty straightforward," concluding that "the Librarian's ruling will not negatively impact any of AT&T's customers."

While we can think of a few AT&T customers who would argue that they have been negatively affected by the current legislation, what do you think, readers? Given the list of requirements above, do you think that current unlocking policies are "pretty straightforward?" Or do you agree with the White House and Congress, and think that consumers should be able to unlock their own phones? Have you had to ask your carrier to unlock your phone? Sound off in the comments below.

Catbalue
I established a small, pay the bills, internet business. I had, 5mo. prior, started up month to month service with a provider who promised there were no contracts to worry about. Monitery restraints caused me to take advantage of a lifeline plan, whom informed me of this unlocking I would need to request from previous provider. Lifeline phones have not been very reliable. I called in the request and was told I won't be able to unlock the phone for 7more months!! No contracts? BULL!!
December 1, 2017

BornFree
If you've paid for your phone or fulfilled your contract "IT'S YOUR PHONE" at that point the carrier should have no to very little control over how you use "YOUR PHONE". Just think If you bought a car from "Ford motor company" and they tried to tell where you could drive it, or if you could drive it out of state. No one would allow that. We pay allot of money for our smart phones, even on a contract. Once your contract is up or if you pay full price, you should be "FREE" to do what you want.
March 14, 2013

"AT&T will unlock your phone for you, although it can take five to seven days to complete."

Wow. Last year when I had my iPhone unlocked from AT&T (met all the requirements you listed) it took FIVE calls & 58 days. Five to seven days would have been an absolute treat!

Thanks for your article. Appreciated the information!

vwoom
The one and ONLY time I had a locked cellphone was with T-Mobile via Amazon (an old school Sony Ericsson) and that was...9yrs ago (2003!) and get this on a 1yr contract (a short term "luxury" nowadays, a contract virtually non-existent from any provider for years now). Out clean from the contract, I sold it two years later in my old country while on vacation...

Since then, I NEVER signed up on a new contract from anyone...though I stayed with T-Mob with the same oldie Talk/Text/Web $29.99 with 1MB (LOL!!). All the while, I went through COUNTLESS unlocked cell/smartphones until the switch to Straight Talk $45 middle of last year, and never looked back (on a cellphone contract..since 2003).

Deals4Rudy
Carriers should offer lower monthly payments AFTER the 2-year contract has been fulfilled. Why should consumers continue to pay for subsidized phone rates after 2 years? This is why people unlock their devices in the first place.
March 12, 2013

azngurl86vnus
Hello, suriyun
Just to make a comment on your remark. a friend of mine who has Verizon iphone and i asked if he could give it to me once he is done with his iphone as i have T-mobile. I went to Apple store to confirm with them whether i can use it with my carrier. Apple told me that unfortunately it will not work on any other carriers here in U.S. though i can use it abroad. If you know how to make it work for T-mobile plan, i am all ear. Regards.
March 12, 2013

taurus_deals
In the matter of consumers vs. cell phone providers and existing policy:
It is time for all cell phone providers to accept "common sense" policies that give consumers fair choices in which cell phone they prefer and, more importantly, which providers offer the most economical choice in a truly competitive environment. Subsidizing their bad business practices should no longer be tolerated. How many users like myself are opting out of smart phones in favor of cheaper alternatives that don't bludgeon you half to death to upgrade to a newer model on a regular basis ? No one should have to go through manufactured outages/degradation of service just to make a phone call on a cell phone that is already paid off. Consumer advocacy both within providers and in government overseer agencies may exist but only within the dark shadows of pure capitalism that in this regard rewards only the supplier.
March 12, 2013

miamifl305
Carriers already punish customer with ETF (early termination fee) if they do not stay the 24 months, lock phones is only one more burden to our freedom
March 12, 2013

MWFplus3
I absolutely hate the limited offerings that cell phone providers offer today. No matter how you approach it, you're pretty much defeated from the start. You get a "free" phone, only to be T-Mobile's slave (I could have used another word here) for at least two years. You buy an unlocked phone for the full retail price, and you're then still going to pay an unfair monthly charge to a viable carrier. The only halfway decent solution I have found is with a month-to-month provider like Tracphone. Yes, their phones are cheap and limited in capability, but they're the best alternative cost-wise to the major carriers if you just want to be able to use a phone for a phone.
March 12, 2013

suriyun
Please augment with details for Verizon and Sprint. Even though the iPhone 4S and 5 are used in CDMA mode on Verizon and Sprint, they can be unlocked to work on other carriers in GSM mode, both in the US and abroad.
March 12, 2013