The Deal With Dell: Your Ultimate Guide to Inspiron Laptops

This laptop line is budget-friendly, but is it a good value? We go over the pros and cons in the 3000, 5000, and 7000 Series.
BY:
PAUL SISOLAK
DealNews Contributing Writer 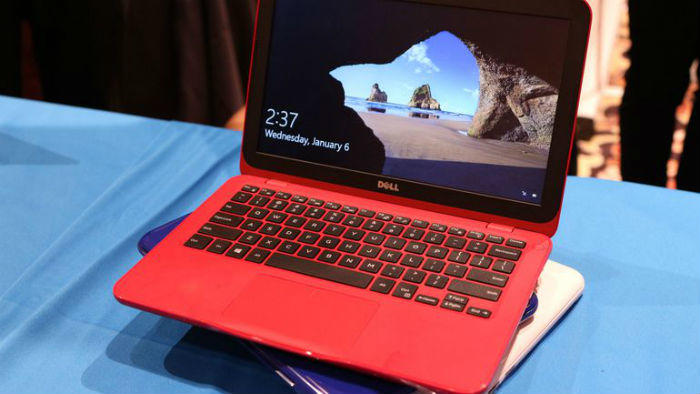 Full disclosure time: Way back in 2003, my very first laptop was a Dell Inspiron. It was like the Honda Civic of computers — quick, reliable, stalwart, carrying me through the rest of the decade without any hiccups or hardware problems.

The Inspiron always seemed much more than the entry-level computer its marketing would suggest. After years of downloads, reams of Word docs, and memory storage filled to the brim, it never lost any of its processing speed or battery life, and operated more efficiently than most others of the era.

Fast-forward to 2016, and Dell's current Inspiron lineup still belies its budget-oriented position in the market. Shoppers today will find the Inspiron gives the Macs and Notebook 9s of the world — and even Dell's own top-tier XPS machines — a run for their money. Read our guide below for a rundown of the laptops in the inspired Inspiron family.

Looking for a hybrid? Check out our guide to Inspiron 2-in-1 laptops, too.

A Look at the Dell Inspiron Range Laptops 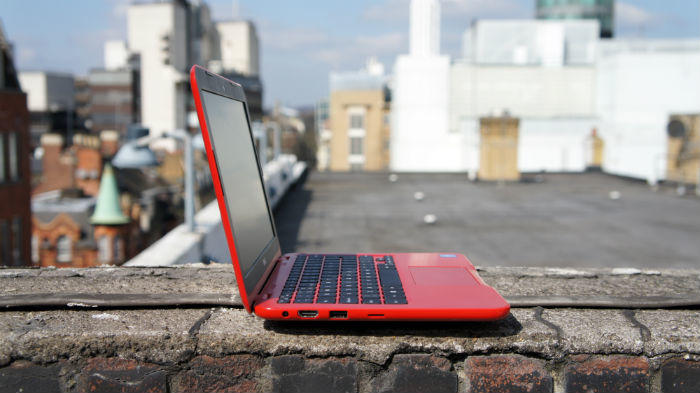 Best for: Lightweight, portable performance with good battery life, as well as ample storage on the high-end models.

The base model laptop of the Inspiron range has an 11" screen/body and comes standard with Windows 10, a dual-core Intel Celeron processor, and a 32GB hard drive with 2GB of memory. Technically, it's like the "sport" version of the Inspiron: lightweight; adorned in red, white, or blue shells; and sturdy enough for portability and travel. One upgrade within the 11 3000s, with double the memory at 4GB, is available for $229.99.

SEE ALSO: How to Get the Best Deal on a Laptop for College

The 15" 3000 models can get a bit confusing, with some big trade-offs between price and features, so choose wisely. On the two of the top laptop models in the series (both at $379.99), you can choose between a touchscreen version with a 500GB hard drive, or a non-touchscreen model with a 128GB, solid state hard drive for quicker boot time and better performance. 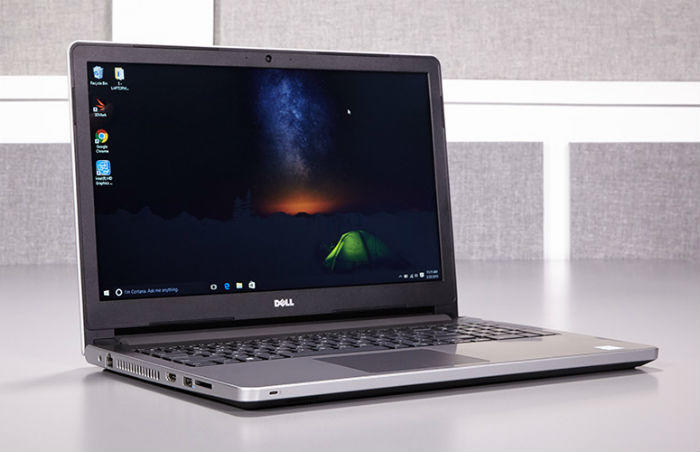 The middle group of the Inspiron lineup offers a bit more diversity than the 3000 Series, with larger laptop display sizes — your choice of 15" or 17".

The middle group of the Inspiron lineup offers a bit more diversity than the 3000 Series, with larger laptop display sizes.

Our pick for the best compromise of cost versus function is the 15" 5000 Touch machine ($549.99). An i5 processor strikes a good balance between the i3 and i7 variants. Plus, it has standard Windows 10 and a DVD drive, a 3D Intel camera, 8GB of memory, and a 1TB hard drive. 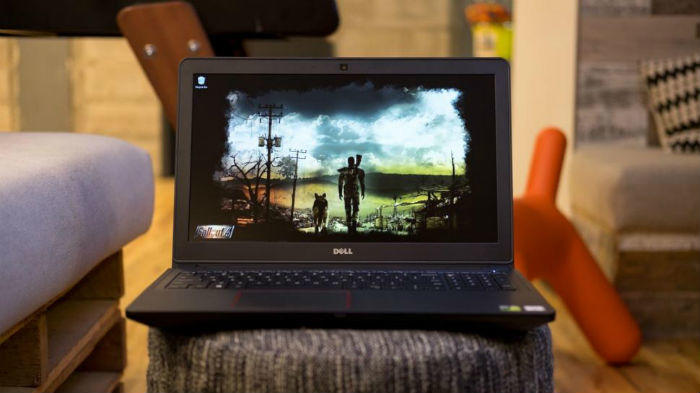 The Inspiron 15 Gaming is the sole laptop in the 7000 Series (the other machines are 2-in-1s). It may leave Dell enthusiasts who are looking to trade up for a new laptop in a bit of a bind. If you leave the Inspiron line go for the base-level XPS, $799.99 gets you Dell's proprietary InfinityEdge display, which is second to none for the brand. But the XPS also comes with minimal processing speeds, memory, and hard drive storage.

The similarly-priced Inspiron 15" gaming laptop comes with better memory and a more powerful processor, but fewer hours of battery life. It's like trying to decide whether to buy the top-line of a compact car when you can get the midsized vehicle one step up for just a few dollars extra.

Gaming enthusiasts may revel in the 7000 Gaming Series edition. The most expensive versions come with a hybrid hard drive and 4K resolution to make graphics their most lifelike. (The Ultra HD touch display model will also set you back at least $1,200.)

So is the Dell Inspiron an inspired choice? Dell has made great improvements to these laptops recently, and the 3000 and 5000 lines offer amazing value and performance, especially for the low-end models. They are often a great investment in this price range for those seeking a basic laptop.

Upper-tier Inspiron laptops, including all of the 7000 series, might be too expensive for those seeking basic computing, and not high-performing enough for more demanding users like gamers. Those considering a high-end Inspiron might be better off paying a little for a midrange setup from Toshiba or Samsung.

Readers, what do you think of the Dell Inspiron laptops? If you've purchased one, would you buy it again? Let us know in the comments below!

the duderino
Purchased an Inspiron 7000 quad i7, with a 4gb mobile graphics card, for school, work, photoshop and games. The cost-benefit ratio for me has been through the roof. Bought it in Feb. 2016 for 749 and added an SSD and another 8gb of memory (16 total) for a combined 75 on Amazon. With the OS running on the SSD and 1TB of storage space for my files, downloads, and games it exceeds my expectations daily. My only complaint is that the keyboard is a little chintzy but otherwise the pc has been an amazing investment. I also used the Dell financing at 0% for 6 months so I could stretch the payments out over a few months. Definitely worth the buy and I did find the good prices on the components on dealnews.
September 14, 2016

snaimpally
I have owned two Inspirons and bought one for my dad and one for my wife. All have worked flawlessly for over 5 years. Dell continually provides updates, including updated BIOS and updated drivers, so you never feel abandoned. Excellent value for the money.
September 9, 2016

streamco
my dell inspiron, purchased in 2010 is still running, it's on 24/7 in my living room. I've only upgraded the hard drive. It's now running Win10 flawlessly. The battery still works but drains more quickly than a new one. This 2010 model has HDMI out. I think I paid about $1700 back then. I definitely got my money worth. Until it dies, it will continue to serve me well. My last Inspiron lasted from 2006-2010, it still works great but the LCD screen failed, has lines all over it, but still can be connected to a monitor or tv. These are both the 17" screen models, both with a hard drive upgrade done by me at some point. My next replacement well definitely be the same. Happy shopping.
September 9, 2016

VIEW ALL
Blog · Morning Jolt · 10 hrs ago
5 Deals You Need to Know Today: Under Armor Outlet Discounts
There's up to 40% off at Under Armor for all plus extra savings for those who spend $100 or more. Check out this offer and more in our roundup of the five best deals we found over the last 24 hours.
Blog · Buying Guides · 22 hrs ago
What to Expect From Father's Day Sales in 2022
Father's Day is around the corner, and sales will be in full swing before you know it! Check out our guide on what to expect from Father's Day sales in 2022, including what will be discounted and the savings we should see.
Blog · Marketplace · 1 day ago
How to Create Coupons on Amazon
Amazon brought coupons to Seller Central in 2017, but these aren't your grandmother's coupons. Learn how to create coupons on Amazon, and what to know before you do.
Blog · Buying Guides · 2 days ago
6 Simple Ways to Renovate Your Kitchen Through Home Depot
If you're feeling like your house needs a refresh, consider these simple ways to do a Home Depot kitchen renovation. You can update your look and potentially increase your home's value!
Blog · Buying Guides · 6 days ago
What's the Best Time to Buy Big-Ticket Items?
Savvy shoppers are always on the lookout for a great deal, and to help you out, we've put together guides on the best times to buy big-ticket items.

Apply coupon code "MEMDAY15OFF" to get this deal. That's $12 under what you'd pay at Amazon. Buy Now at eBay

Coupon code "HONOR" cuts it to $28 off list price and yields free shipping ($9 value for orders under $99). Buy Now at Lands' End