7 Things You Need to Know About the iPhone SE

Apple's latest handset is one of the smallest in years. We found some important surprises, including the price.
BY:
JULIE RAMHOLD
Senior Staff Writer/Spokesperson 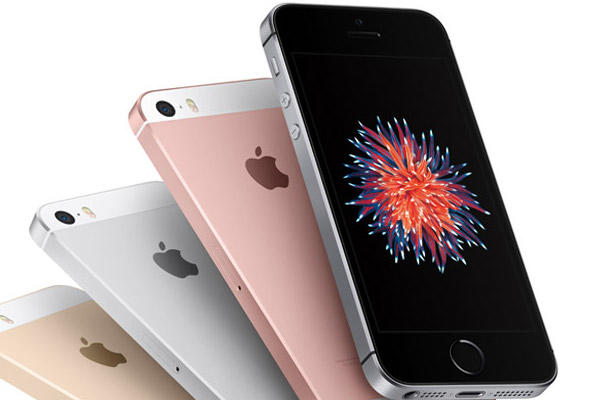 Apple announced its newest iPhone today, a 4" model called the iPhone SE. Many rumors and predictions turned out to be true, but a few missed the mark. We look at its size, memory, and other features to get an idea of whether an upgrade is worth your money.

The iPhone SE is essentially a 6s in 5s' clothing. It includes the same A9 processor, which could provide amazing gaming capabilities for a 4" handset. It also offers support for the always-on "Hey Siri" function, adding hands-free accessibility to the personal assistant. The SE will also boast the same 12-megapixel camera of the 6s, as well as the ability to take Live Photos and 4K video.

The Cheapest New iPhone — Ever

Analysts theorized that the starting price for the iPhone SE would match that of the 5s, at $450 for a 16GB model. However, it appears Apple is discontinuing the 5s entirely, replacing it with the SE as the latest "budget-friendly" iPhone. Furthermore, the 16GB model of the SE is, at $399, $51 cheaper than what was predicted. And according to Apple, that's the "most affordable [introductory] price" ever for an iPhone.

You'll Still Want the Expensive One

Instead of a 32GB model, the SE jumps from 16GB to 64GB, the latter of which costs $499. If price isn't a huge factor for you, it's worth it to pay $100 more to gain four times the storage space. After all, iPhones are known for their lack of expandable storage.

No 3D Touch, Which is No Surprise

The event made no mention of 3D Touch, but did highlight Live Photos as a feature on the SE. It's safe to assume Apple would've emphasized 3D Touch if it were indeed going to be utilized to capture Live Photos on the SE. It's likely that users will have to use the "long press" that was theorized leading up to the new iPhone's announcement.

Answering the Call For Smaller iPhones

A huge group of consumers still prefer a tiny iPhone. Apple noted that they sold 30 million 4" iPhones (which includes the 5, 5s, and 5c models) in 2015 alone. Both the compact size and compact price tag suggest that Apple is focused on capturing upgrades from those shoppers specifically.

For the iPhone 4s, it was nearly a year before we saw any real sales. With the 5, deals appeared after about 7 months. The 5s smashed those timelines, and we saw prices slashed within 6 days of its release. It's quite possible that the SE could see similarly rapid savings, but don't expect those deals to come from Apple. Rather than preordering, you should keep an eye on other retailers for price cuts.

The iPhone SE is Due for Release on March 31

As announced, preorders for the iPhone SE begin this Thursday, on March 24. The smartphone is set to be released next week, on March 31, and will be shipping the same day. It's available in two sizes, 16GB for $399 and 64GB for $499, and in the four colors that seem to be becoming standard for Apple products: Silver, Space Gray, Gold, and Rose Gold.

Readers, are you excited for the iPhone SE? Are you a fan of the smaller screen, or do you prefer the larger sizes of more recent models? Share your thoughts in the comments below!

But 4" is too small for these middle-aged eyes - currently using a 5" Android, & would buy an iPhone with a 5-5.1" screen (anything larger won't fit in pants/jacket, & I don't want to carry a murse).

MDB007
Apple is afraid to make base model with 32gb because most people could get by with that but 16gb gets used up fast so they force you into the 64gb for an extra $100. Thats their new business model.
March 22, 2016

Jonathan Yarbrough (DealNews)
The 5C was just a 5 in a plastic case. This is a scaled down version of the 6s. As for the size, I like the fact that it's smaller because I want something to fit in my pocket that doesn't make sitting uncomfortable.
March 22, 2016

aggiefather
As the Porsche 911 is a classic, so is the design of the iPhone SE. Like the Porsche, there's also a powerhouse under the gleamng hood with an amazingly fast processor and excellent camera. Lastly, it has pocket-ability, a quality which has become more important to me since I quit wearing cargo pants in middle school.
March 22, 2016

Bigtrout
My birthday is in 1 month, the perfect time to strike a good deal on a new SE, can't wait to upgrade from my iPhone 5!
March 21, 2016

CLS9
YAY! I've been hoping Apple would come out with a smaller phone with all that 6S has to offer. Time for a new iPhone for me!
March 21, 2016