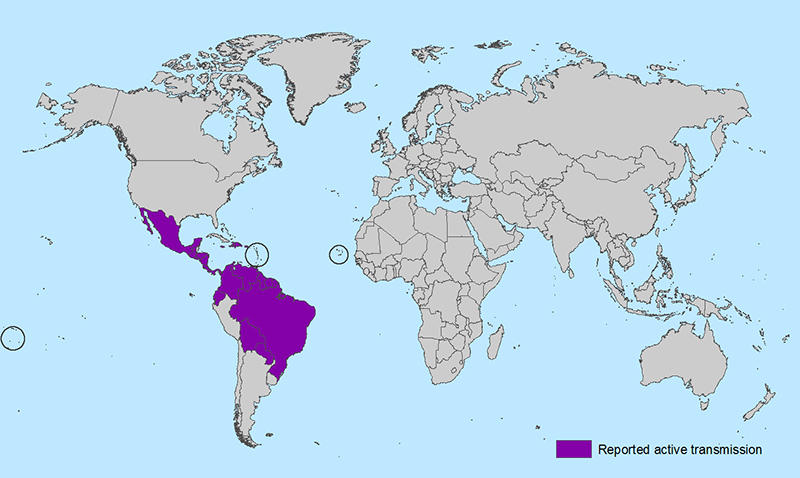 If you've made travel plans to South America, Mexico, or another nearby region, you've probably been keeping an eye on the spread of the Zika virus in those areas. You might also be contemplating whether or not you should cancel your upcoming trip. But can you do so without incurring a fee?

Called a "public health emergency of international concern" by the World Health Organization and categorized as an Alert Level 2 by the U.S. Centers for Disease Control, active transmissions of the Zika virus have been reported in more than two dozen countries.

While the virus isn't deadly, its symptoms include fever, rash, joint pain, conjunctivitis, and sometimes muscle pain and headaches. It is of more concern for pregnant women, however, as it has been shown to cause microcephaly and other birth defects once the child is born.

How to Cancel Your Flight or Cruise

Spread by mosquitoes, the Zika virus is something you definitely want to avoid, especially since there isn't a vaccine or medication to prevent catching it. Fortunately if you have a flight booked to one of the infected areas listed on the Center for Disease Control's website, most airlines are offering refunds or the opportunity to rebook.

United Airlines is allowing all customers to change their destination or travel date without being charged a fee, or to receive a refund by contacting their customer contact center by February 29. Delta and Alaska Airlines are doing the same, while American is only offering refunds for travel parties with pregnant women when they show a doctor's note confirming their pregnancies. Southwest Airlines' regular policy applies, which allows travelers to use their non-refundable fare towards a future flight when they cancel at least 10 minutes prior to departure. United and Delta are also allowing flight attendants and pilots to swap out scheduled flights to the infected areas for other itineraries.

Cruise lines aren't being quite so flexible. Like American, both Carnvial and Norwegian are only allowing parties with pregnant women to switch their itineraries to an unaffected area or a later date (no refunds). Similarly, all companies offering itinerary changes or refunds require that the destination be on the CPC's list. So even if you're heading to somewhere nearby, like the Cayman Islands, if it's unaffected, you won't be eligible for these provisions.

What do you think? Are you worried about the Zika virus, and if so, will you be changing your travel plans? Let us know in the comments.

Lindsay Sakraida (DealNews)
@nimer Thanks for pointing that out, we clarified the policy in our writeup.
February 8, 2016

TomA
No, I'm not worried. I wonder if they will cut ticket prices because of this? I might make an unplanned holiday trip.
February 6, 2016

nimer
Ok I stand correct, their policy states that the mom and her travel companions can all cancel, glad to hear!

No need for government to step in, LOL

nimer
American Airlines and cruise lines should be ASHAMED of themselves. Most people heading down there are going on vacation, so allowing only the pregnant mom to cancel /change her reservation means the rest of the family will fall under regular penalty for cancellation.

It's obvious they don't have a heart, it's time for the government to step in. Not a fan of big government, but with corporate greed beyond acceptable, you need someone to regulate