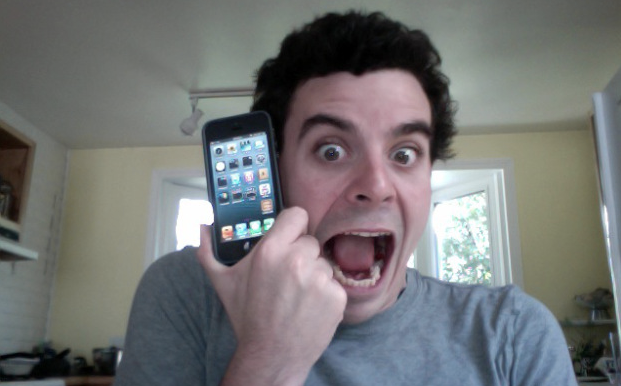 Apple just announced its newest flagship device, the iPhone 5s, on September 10 and we've already caught wind of a discount! On September 12 — a mere two days after the phone was unveiled — Walmart announced that it will slash the price of the 16GB iPhone 5s to $189 once it's available on September 20*. While you'll have to go into an actual retail store to get this price, that's still a $10 savings and a promising start. In fact, if history repeats itself, it may foretell fairly substantial iPhone 5s discounts in the coming months.

Update: As is sometimes the case, a deal has come along that surprised even us; Sprint announced today that it will knock the 16GB iPhone 5s to an astonishingly low $99.99. That is, obviously, the lowest price we've seen and by far the best deal you can expect at this point in time. However, this offer is only for new customers who port their number from another carrier. Our predictions below still apply to customers who are looking to extend their contract with a current carrier.

The iPhone 5s Could Drop to $126 in December

Last year around this time, Walmart pulled a similar stunt two days after the iPhone 5 was announced, dropping the device to $189.97 with in-store pickup. Since Walmart has offered almost exactly the same deal this year, it seems reasonable to expect the iPhone 5s to have a similar discount schedule to that of the iPhone 5.

Being on a similar schedule is both good and bad. It's good because the iPhone 5 was the most discounted iPhone we'd ever seen — racking up seven deals in the first four months of its existence. Up to that point, such deep and numerous discounts on the iPhone were unheard of. Compared to the previous year's hot model, the iPhone 4S (which saw only two deals in the same time frame), the iPhone 5 was discounted 350% more! Being on the same discount schedule is bad, however, because it means that we might not see another contract-extension deal until December.

After Walmart's initial preorder discount on the iPhone 5 in September of last year, we didn't see another deal on that model until the second week of December. At that time, Walmart (again!) stunningly announced that it would drop its in-store price on the iPhone 5 by $72, knocking it to $127, and that this pricing would last well into the new year. Two days later, Fry's Electronics one-upped Walmart (literally) by discounting the iPhone 5 by one more dollar, dropping it to $126.

However, last year, we didn't see the aggressive initial discount that we've already found from Sprint; while that offer is for new customers only, the promotion may put extra pressure on other resellers to compete. That said, we're predicting similar December discounts this year for contract-extension deals on the iPhone 5s. However, it's likely that additional retailers like Best Buy, Fry's, and Radio Shack will join in on the game, either offering a discount or charging full-price with a bundled gift card freebie. Expect these deals to be sprinkled throughout December and the first few weeks of January.

The Best Discounts Will Be In-Store Only

Back in 2012, when the iPhone 5 was getting slashed all over the place, analysts hypothesized that it was an indication that the phone was not selling as well as it had in past years. In hindsight, we know that the iPhone 5 was actually Apple's best-selling phone to date, so we feel a better explanation for those massive price cuts lies in the phrase "in-store."

Making these deals in-store only forces consumers to visit the retail locations, where there's a greater chance that they'll spend more money. Walmart et al have essentially turned the iPhone into what is known as a "loss leader," an attractive item with little to no profit margins that encourages further purchases. These retailers are betting that, once you're in their stores, you'll find a few other items that you'll want to purchase alongside your new phone — things with better profit margins. And even though Sprint's offer will theoretically be available online starting on September 20, the promotion is again being used as a lure — to get customers to start spending their money on contracts there, rather than with a different carrier.

Despite it being a clever marketing technique, iPhone deals are still excellent deals! While we've already seen some stunning discounts, expect more contract-extension deals to start popping up in December.

New
Crutchfield · 2 hrs ago
Outlet TV Deals at Crutchfield
up to $2,780 off
free shipping