The iPhone 5c is Now $0, But You Definitely Shouldn't Buy It

Both the iPhone 5s and new iPhone 6 are bound to see deals in the coming weeks, so, with less impressive specs, the 5c isn't much of a bargain.
BY:
LINDSAY SAKRAIDA
DealNews Contributing Writer 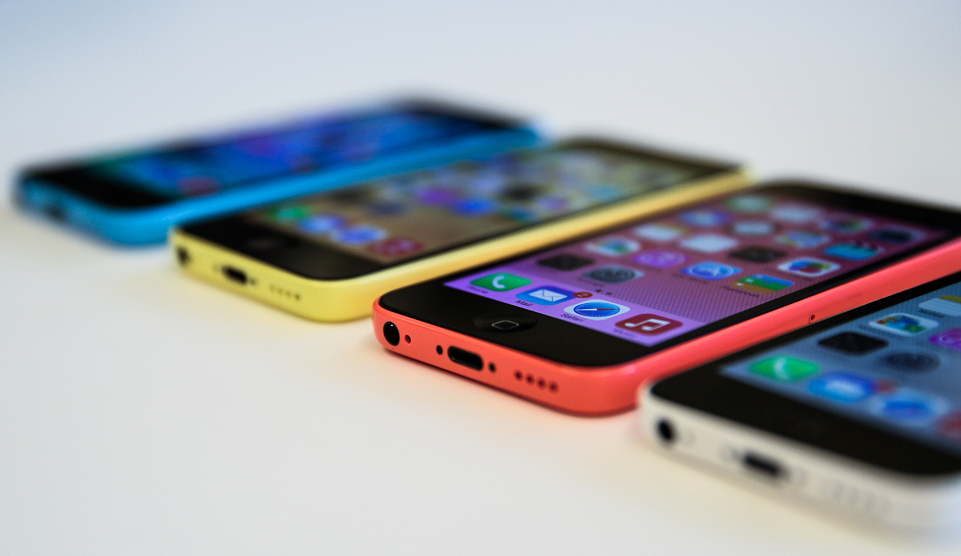 Apple announced the long-rumored iPhone 6 this week, but eagle-eyed observers might have noted that in the process, we have a new fleet of iPhone price points. While the iPhone 6 and 6 Plus occupy the top tiers at $199 and $299, respectively, the iPhone 5s and 5c have dropped to $99 and $0. (All prices are after signing a 2-year service contract.)

If all you want is an iPhone for cheap, then that $0 price tag on the 5c probably seems appealing. But whatever you do, do not fall for it.

Better iPhones Will Get Much Cheaper in the Coming Weeks

As many have established before, the 5s is a far better phone than the 5c, but even if you can't muster the strength to throw down an extra $99 just to get it, you can still opt for the better model — with a little patience.

Our deal archives consistently show that retailers are no longer afraid of discounting Apple products — and they're more than willing to do so for a bit of publicity. In fact, the 5s has already been cheaper than its new lower "retail" price; last month, Walmart knocked it to $79 while Costco slashed it further to $58. We wouldn't be surprised to see retailers close the gap even more in an effort to get customers excited and in their stores.

And let's not ignore the fact that the brand-new iPhone 6 will also see some discounts, making the difference between the old-and-busted 5c and the new hotness very slight. Earlier today, Verizon was offering the iPhone 6 for free if you traded in an old iPhone. (The deal is now expired.) Moreover, if you have an older phone in good condition, you can likely net a healthy sum at a trade-in site that will cover most, if not all, of that $199 subsidized cost.

If you're unwilling to wait around for a deal, then the free iPhone 5c might be a good option for you. But if you don't mind keeping an eye out for Apple deals in the next few weeks, then set up an email alert now. Or, check out our guide to sites that offer optimal trade-in values for old iPhones, so you can fund your new purchase.

hsteinbe
It's DealNews, the only people who come here are ones looking for a deal... people who sign a 2 yr contract are not looking for any kind of deal... Please report all phones at their full price, not their contract incentive prices.
November 3, 2014

Fairporter
You've got to be kidding me. Is everyone still using their carrier to pay for their phone? TWO YEARS of slavery to a service you don't like so you can get a phone for "free?" People, there IS NO FREE! This phone costs $500, and the 6 costs $700, not $200. If the service wants to bribe you with your own money to "lower the price" of a phone, you are just letting them incent you to carry what they have too many of. Buy the phone you want. Then contract with a carrier, either directly or through a 3rd-party company like my Consumer Cellular deal (much cheaper for what I actually use, and allows me to change service level anytime I want). If you want to be scalped by Verizon, have at it.

Personally, I don't want a phone bigger than my 5, so I am considering getting a used 5s to optimize the functionality before they make me carry something bigger, but everyone has their own preferences. (I personally don't like putting an encyclopedia to my head to make a call.)

boilers
Anyone beside me still cheap skating or being frugal with treo (me) or other feature phone?
September 11, 2014

halps
While ther is a tiny bit of logic in your argument, your headline and premise ar clickbait. Please don't behave like tabloid press.
September 11, 2014

jcauthorn
So how long do I have to wait to get the $50 off refurb versions of the phone? I've got my eyes on the 6Plus and I've noticed that within a period of time after the new stuff comes out they start to have refurb versions for $50 off. Do you have stats on how soon that happens?
September 10, 2014

phmali
Don't know if it's the "definitely" or the "shouldn't" or the combination of "definitely shouldn't" but I want to do it now, just to be contradictory.
September 10, 2014

I understand what the article was intending to convey. I still believe it's a bad headline. The word "definitely" should not be there when the article goes on to say that maybe you should in this case.

Lindsay Sakraida (DealNews)
@greggish No, we're readily admitting that not everyone wants to wait for a deal. If you're unwilling, then yes, $0 is definitely better than $99. If you read the line immediately after the one you quoted, you'd see that our main focus of the feature supports that you shouldn't buy it; waiting for a deal is the smartest move.
September 10, 2014

greggish
"The iPhone 5c is Now $0, But You Definitely Shouldn't Buy It"

"If you're unwilling to wait around for a deal, then the free iPhone 5c might be a good option for you."

Was this piece written by two different people?
September 10, 2014

ctapley99
5s is only better if you are not one of the MANY who experiences the antenna issue indoors. Basically the 5s has about half the bars of the 4s or the 5c in the same location at the same time using the same provider. That is fine until the 5s goes to zero or sometimes one bar and there are serious issues with connection and dropped calls.
September 10, 2014

Even with shipping, it's the best price we could find by $9. Apply code "SAVE20" to get this price. Buy Now at Kohl's