The State of Gaming: What Gamers Really Think of Games, Prices, and Players

In just a few hours, the gaming industry's biggest movers and shakers will convene at the Los Angeles Convention Center to unveil the year's most anticipated games and consoles at the Electronic Entertainment Expo (E3). However, this year, rather than wait to see what E3 has to tell us about the state of gaming, we polled 1,551 of our own readers to find out what they're playing, how much they're spending, and what they think of the gaming industry today.

There's no denying it. The Xbox 360 is the gaming console of choice according to an overwhelming 38% of our respondents. PCs are the second most-popular platform accounting for 27% of participants, while 20% said they mainly use the PS3, and 6% said they play exclusively on their smartphone. Even tablets (both Android and iPad combined) got in on the gaming action securing 4% of our readers' votes. Coming in last place with just 2% of the share are handheld gaming consoles such as the Sony PlayStation Vita and Nintendo DS.

Gamers Prove to Be Big Spenders (Unless You're a PS3 Owner)

As far as money is concerned, an overwhelming 46% of gamers estimate they spend between $41 - $60 on a single game. And lest you think smartphone gamers are cheap, an overwhelming 73% of our respondents said they'd be willing to spend money on a mobile game. As for how much, the majority (33%) would drop about $1.99 - $4.98 on an app/game; only 3% would be willing to spend $9.99 or more on a mobile game. 55% of respondents also said that they'd be willing to purchase a mobile version of a console game, but 42% said they would do so only if the mobile version was cheaper.

On the subject of saving money, it turns out PS3 owners are the thriftiest of the bunch when it comes to mobile gaming: 32% said they'd only "buy" a mobile game if it was free. (That was the largest percentage of any platform group to vouch for free mobile games.) This statistic is ironic considering that the PS3 has long been considered the most expensive of the three major consoles.

What good is a console if it's not being used? Xbox fans took first place in our "hours spent gaming" category, saying they spend between 2 - 5 hours per week playing video games. Users of all other platforms said they spend between 0 - 1 hours on their console per week. These numbers are particularly interesting considering Microsoft's statement to the L.A. Times last month indicating that Xbox users are now spending more time streaming from their Xbox rather than playing games.

Considering how much time Xbox fans spend playing games, it's no surprise that 86% of our respondents would classify Xbox owners as true "gamers," whereas only 52% would bestow that title upon Wii or handheld console owners. Meanwhile, 88% of smartphone owners do not classify themselves as "gamers." Whether they want to disassociate themselves from the stereotypical image of a gamer tethered to their TV with a bag of Doritos or simply lack that gamer confidence/swag is unknown. 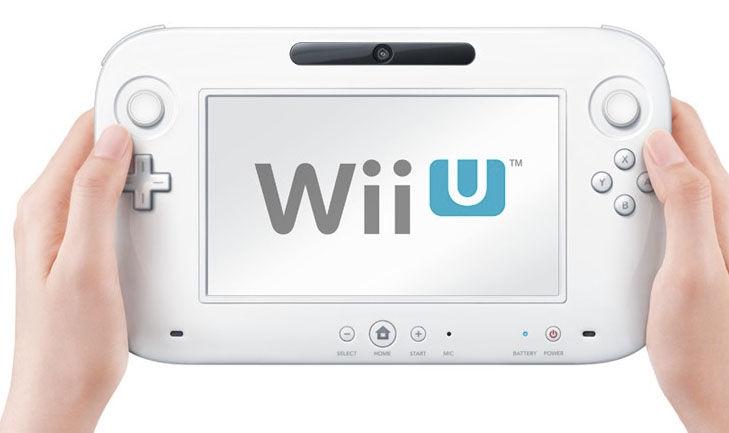 Despite Nintendo's latest marketing attempts, 75% of our respondents said they're not interested in the forthcoming Wii U. Moreover, of the respondents who currently own the original Wii, a full 64% said they won't purchase the upgrade.

While those seem like harsh stats for Nintendo, there's a slight chance these numbers could change after E3, since Nintendo is expected to release more details, specs, and perhaps pricing at the show. A strong list of launch titles might also help garner interest in Nintendo's next-gen console. We'll be sure to update our Wii U findings after Nintendo's E3 press conference.

This year's E3 is expected to be one of the biggest shows in its history, with rumors of next gen-consoles not only from Nintendo, but hints from Microsoft and Sony as well. Regardless what announcements are made, the gaming industry continues to evolve at a rapid pace. Consoles that were once designed just for games, have become complex media hubs, some even coming with contracts.

And while mobile gaming still has a long way to go before it can pose a threat to the Xbox or PS3, according to our readers it's already edged out handheld consoles and even the Nintendo Wii, which is no surprise considering how rapidly mobile gaming appears to be growing.

VIEW ALL
Blog · Roundups · 8 hrs ago
The Best Tool Deals
We've rounded up the best deals on tools, accessories, combo kits and more – from beginners to hobbyists to pro-am and beyond, look no further for your cheap tool needs.
Blog · Roundups · 12 hrs ago
The Best Men's Clothing & Accessories Deals
From adidas to Uniqlo and Allen Edmonds to Wilsons Leather, this is your guide to the best men's clearance sales, designer clothes deals, and everything discounted in the world of men's clothing.
Blog · Buying Guides · 12 hrs ago
Black Friday Travel 2021: What Flight and Hotel Deals Can You Expect?
Travel suffered in 2020, but with life getting back to normal in many places in 2021, we expect excellent Black Friday travel discounts to return. Check out our guide to see the deals to look for this year.
Blog · Morning Jolt · 13 hrs ago
5 Deals You Need to Know Today: The Best Ever Price for a Google Home Hub
Verizon is offering the Google Home Hub at the best price we've seen yet. Check out this offer and more in our roundup of the five best deals we found over the last 24 hours.
Blog · Buying Guides · 3 days ago
The 7 Best Things to Buy in October (And 7 Things to Buy Later)
Black Friday is just around the corner, deal-seekers, but October has excellent deals that are worth shopping. Check out our guide on what to buy in October and what to wait on until later.

That's the best price we could find by $186. Buy Now at Amazon

Coupon code "TAKE20" cuts it to the best price we could find for this recently released fryer by $68. Buy Now at Kohl's

That's the best price we could find by $40. Buy Now at Guitar Center

Apply coupon code "DN927PM-1799" to get this deal. Shipping adds $8 but that's still at least $14 less than you'd pay at total Amazon and the best price we could find. Buy Now at Proozy