The Sound of Music: Is New Hi-Fi Digital Audio Worth It?

Audiophiles bemoan the poor quality of MP3s. But high quality alternatives may still be too slow, expensive, and legally troubled.
BY:
LOU CARLOZO
DealNews Contributing Writer 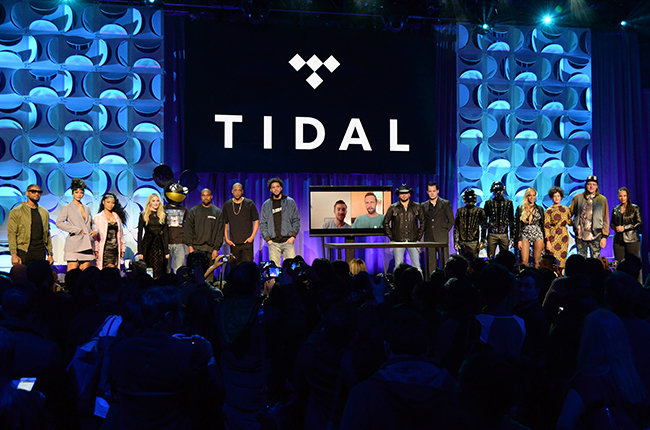 Are you ready to delete your MP3s — all of them? Whether or not you realize it, MP3s have compromised sound quality compared to some new options popping up on the music market. A few of those have superstar backing, too. For $19.99 a month, you can subscribe to Jay Z's new Tidal streaming service, which promises high-fidelity listening. And Neil Young has unveiled Pono, which can deliver the best digital sound that technology currently offers: equivalent to what world-class recording studios produce before CDs are pressed.

Meanwhile, other entrants are working up their game. Sony's got its new Walkman, and no, it doesn't come with "Flashdance" leg warmers and a lifetime supply of cassettes. Call it Walkman 2.0, if you like; a 64GB player costs $298 and plays all sorts of super-sounding music file types.

But it's your cash, and your cache of songs. Is it worth the switch, now or in the near future? As with music itself, the answer could well be, "It's all in the timing."

MP3 History: Low Quality, Not Meant for Widespread Use

MP3s were developed in 1995 by Karlheinz Brandenburg at the Fraunhofer Institute in Germany, and were envisioned, among other things, as a way to transmit dialogue or music tracks over long distances for use in film.

Another obvious advantage early on was that you could cram a whole lot of MP3s onto a digital music player: The files are less than a tenth of the size of the equivalent CD track. But the tradeoff was compromised sound quality. That's a non-issue to everyday consumers, but a definite thorn to audiophiles and dedicated music lovers alike.

Hi-Fi Digital Audio Has Failed Before

The ubiquity of MP3s and their ease of use means that many millennials, for example, don't even know what great audio sounds like. History also suggests that Young, Jay Z, and all the rest pushing high-res music have a tough road ahead. Back in 1999, Sony and Philips introduced Super Audio CD, a format that greatly improved on standard CD fidelity. Or so it was said: Research published in 2007 by the Audio Engineering Society found no significant difference in audio quality between a SACD and a standard CD at ordinary volume levels. The format also died because consumers balked at the notion of replacing all the CDs with SACDs, a phenomenon we could also see with the new wave of snazzy digital music files.

That said, the new music services and technologies promise (and deliver) the goods impressively. That's because the highest-end audio files (which include WAV and AIFF formats) contain massive amounts of audio information, even compared to CDs. The geek speak here is that they boast higher "sampling rates" and "bit depths." Think of the sampling rate as how many "snapshots" of audio the music file has; the higher the sampling rate, the smoother and richer the music sounds. Bit depth is how much information each snapshot contains. So it's now easy to create digital song files at double the sampling rate and bit depth of CDs. But as we'll see, that poses some huge problems, even for humongous storage drives.

Even a WAV file at the same sound quality standard as a CD track is so big, you can't send it via email. You need a special service such as Dropbox or Hightail. And even an iPhone 6 with 128 GB of storage, the biggest size you can buy, would only hold about 2,500 songs, and that's assuming you kept pictures and videos off the phone completely. Back in the day, 2,500 songs would've been a ton. But it would hardly satisfy the appetite of today's teens. And no room for videos and selfies? Like, omigod!

But truly, are the digital sound mavens onto something? Eventually, the miniaturization of digital technology will get to a point where tiny little drives will hold enough information to capture the entire recording careers of several hundred of your favorite bands, all in pristine audio. But as those teens might say of such a road trip on the information highway, "Are we there yet?" Nope.

Young reminds us that high-end files can be downloaded overnight. "Sleep well," Young told interviewer Walt Mossberg as reported by Digital Trends. "Wake up in the morning. Play some real music and listen to the joy of 100% of the sound of music."

But who has time to download 100 music files that way? You'd need the sweet dreaming prowess of Rip Van Winkle. Meanwhile, Young has some problems to lick if he wants his solution to hit critical mass. In a March review of the PonoPlayer, CNET gave it a lukewarm 3 out of 5 stars for some head-scratching limitations: "The battery life is terrible ... There's only 64GB of storage and no Wi-Fi or Bluetooth." Just 64 GB? What were Young and Co. thinking? And as for the juice issue, you could borrow from the venerable rocker and sing, "Hey, hey, my my/Your Pono battery's gonna die."

In other ends of the sector, it's been a question of messy music rights issues. With Tidal, Jay Z has been dogged to the point where he can't even secure his wife Beyonce's songs, and is meanwhile getting dissed by other high-profile artists. Rapper Drake turned his back on Jay Z's streaming service just two days before its star-studded launch, the International Business Times reports. They also point to some embarrassing PR: "Earlier in May, rival 50 Cent slammed the project as 'a corporate play,' pointing out that the co-owners, including Nicki Minaj, Usher, and Madonna, do not own the rights to their [own] music."

Ultimately this points to a music biz coup we all take for granted: When Steve Jobs created iTunes, he managed to secure legal rights from a vast majority of the world's top music companies. And while we may love Jay Z the musician, he's no Jobs the magician.

And It's All Pointless If Your Headphones Stink

Finally, all of this depends on what you're listening with. So many of today's headphones and earbuds are designed for MP3 quality; others, such as Dr. Dre's Beats, have landed market share thanks to hyped bass and basic hype. If the listening end of the musical equation remains substandard, it'll be the equivalent of sipping Dom Perignon through a candy-coated rubber funnel.

Your best buying strategy, in the end, might be to wait things out. Where wonderful technology meets market reality, it often takes a while for the dust to settle. And since not all ends of the tech (let alone the legalities) are in place, you'll want to read up and carefully weigh which option, if any, fits you tastes and budget.

For the rest of us, the one thing money can't buy is a learning curve. Especially for music fans raised exclusively on the cheap vino that is MP3, there's likely a limited ability or desire to appreciate the fine wine that is today's super hi-fi. That's especially true when the same drive that holds a few hundred WAV files can support thousands and thousands of MP3s.

Quantity of over quality? For now, that's what it sounds like.

Cheapster999
A little more information. Lossless compression has been around since at least the 90's. Rockbox a firmware replacement for players that allows you to play lossless files has been around since 2001. In the last few years as mentioned by nostatic high quality players have finally shown up. Lou be right tho...if your headphones, ear buds, and/or speakers are crap you won't hear the difference.
June 18, 2015

nostatic
This article only tells part of the story. What Mr. Carlozo failed to discuss was the proliferation of audiophile players by companies like FiiO, iBasso, HiFiMan, and others. These players range in price from $100, to $700+ and have high-quality DACs and robust amplification for superior listening. They also have expandable memory via micro-SD cards so you have unlimited storage capabilities. This is where the MP3 player is headed, and there's a growing market for it. I am hoping Apple will revisit its commitment to music and introduce new iPods later this year that have audiophile specs. Steve Jobs would be proud.
June 18, 2015

VIEW ALL
Blog · Buying Guides · 16 hrs ago
What's the Best Time to Buy Big-Ticket Items?
Savvy shoppers are always on the lookout for a great deal, and to help you out, we've put together guides on the best times to buy big-ticket items.
Blog · Morning Jolt · 18 hrs ago
5 Deals You Need to Know Today: The Macy's Ultimate Shopping Event Extravaganza
Macy's has arrived with its self-proclaimed Ultimate Shopping Event just in time for the weekend. Check out this offer and more in our roundup of the five best deals we found over the last 24 hours.
Blog · Buying Guides · 2 days ago
Ask an Expert: When Can I Expect a Price Drop on the TV I Want?
Do you have a question for us experts here at DealNews? If so, submit it and we might just answer it in a future column! Until then, check out our first column, which offers advice to a cost-conscious TV shopper.
Blog · Buying Guides · 2 days ago
59 LGBTQ-Owned Businesses You Can Support This Year
June is Pride Month, so if you're looking for a spate of LGBTQ-owned businesses to support with your wallet, we've got you covered! Check out our guide for 59 shops to check out now, as well as tips on how to find more.
Blog · Buying Guides · 4 days ago
The 9 Best Things to Buy in June (And 4 Things to Buy Later)
While June may be a prime time for vacations, it's also a great time to find excellent deals. Check out our guide for what to buy in June and what you should hold off on until later in the year.