The Most Dangerous Toys of 2014: What to Get for the Kids You Hate

Some of the items on the annual "most dangerous" list are surprising, although you probably could have guessed on your own that the 23" hammer was questionable.
BY:
JEFF SOMOGYI
DealNews Contributing Writer

Ah, the holidays! They're a wondrous time in a child's life. Lights, songs, presents! Why ruin all that fun by getting your kids toys that'll harm them? That's not very cheery and in the spirit of things ... unless you celebrate some weird Cthulhu-type holidays, maybe.

Thankfully, the kind folks over at W.A.T.C.H. (World Against Toys Causing Harm, Inc.) are watching out for your kids. Just like every other year since time began, this group has put together its list of the season's worst toys. Each one on this list has it out for your kid, so you better avoid them at all costs if you don't want to spend Christmas morning in the ER. (But, with all joking aside, click through to see the quite serious reasons these toys have been banned.) 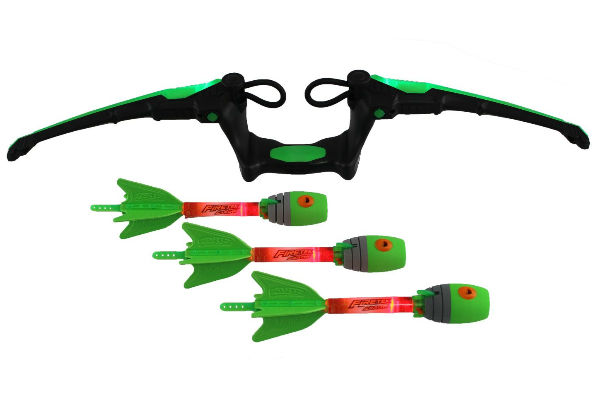 Does your child dream of being Katniss Everdeen? Using a bow to efficiently kill other children, for the enjoyment of adults? Well, then we think you have bigger problems than this toy bow which, admittedly, could pop someone's eye out. Sure, that's terrible too we guess, but it's all about perspective. 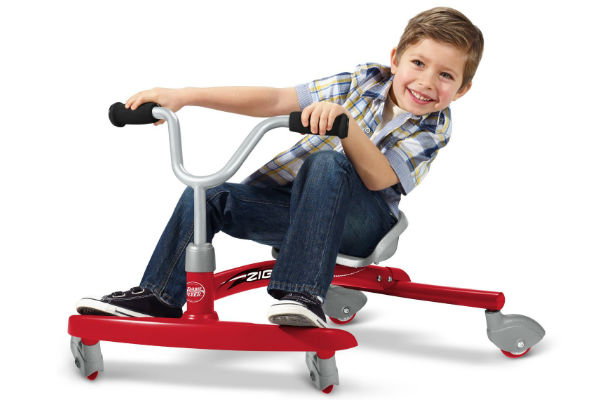 To make this conveyance "go," your 3-to-8-year old has to squirm and wiggle around, frantically. With such violent writhing going on, there's no chance that junior won't up-end and crash to the hard, cruel, unforgiving ground. (The ground sounds like a real jerk!) Sure, the seat is only 8" off the floor and that doesn't sound like much, right? But remember the last time your iPhone fell that far and you were all, "OH NO! I HOPE IT'S ALL RIGHT! My poor baby! Kiss kiss kiss." (However, when your kid falls that far, you're all "Eh, they'll heal." You're all terrible parents... but very good iPhone owners!) 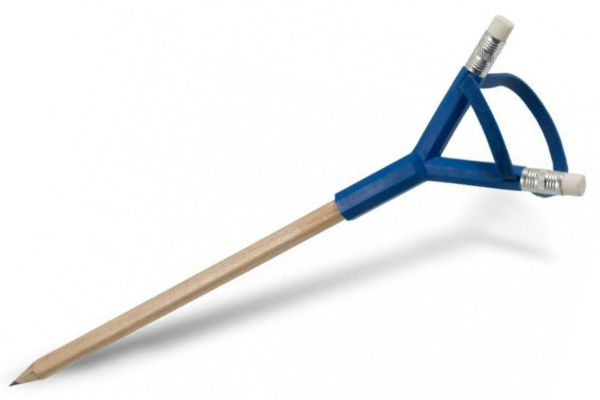 The slingshot has been the hallmark of the "rascally little boy" since David used one to defeat Goliath. What we're saying is that, besides being a hazard to kids' eyes blah, blah, this is a terrible gift of biblical proportions. Plus, slingshots are so "Dennis The Menace," and no one knows who that even is anymore. Don't make your kid look like a dated reference to hooliganism; avoid this toy. Mr Wilson would. 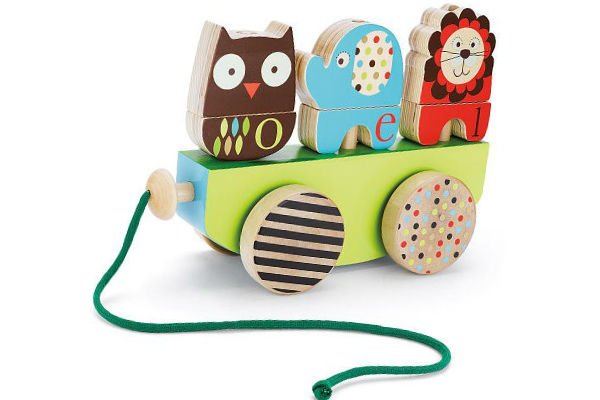 Though all the animals on this toy have been painted with the cold, lifeless eyes of killers, it's the owl who (whoo!) is the true lunatic out to murder your child. But, oh, he'd never dirty his own hands (wings?) to do the deed! See, he has attached a way-too-long cord to his car, there. A way-too-long cord with which your child will strangle themselves. That's plausible deniability. That owl is a psychopath. All owls are psychopaths. Avoid them and call the cops. 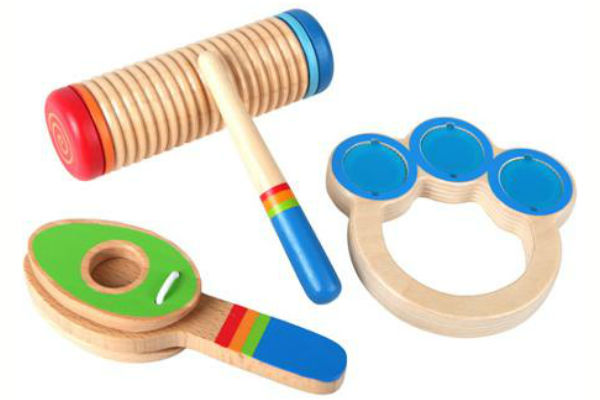 Despite the fact that one of those "instruments" looks suspiciously like brass knuckles, the problem here is that the drumstick-shaped thing (which is possibly a drumstick) can choke a kid, if they decided to start drumming on their uvula. 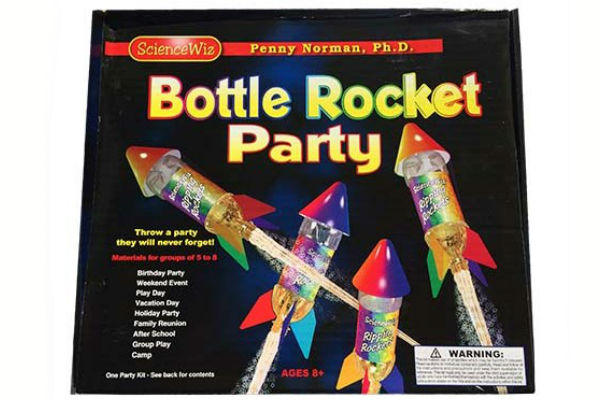 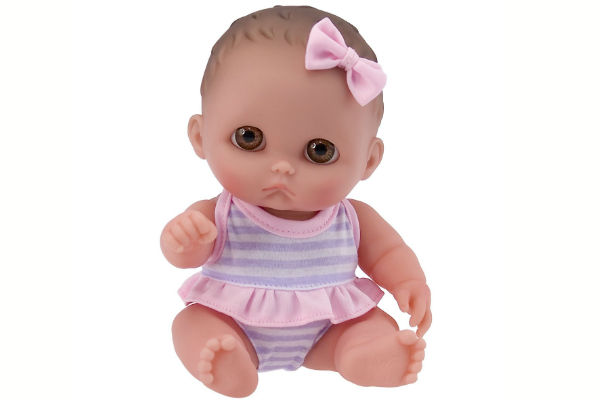 Overlooking the damage this item causes to the English language by using "cutesie" to describe this nightmare, the real harm is from the tiny headband bow, which can fall off and be swallowed. You know, after that Annabelle documentary came out, you'd think we'd all be a bit more suspicious of killer dolls. 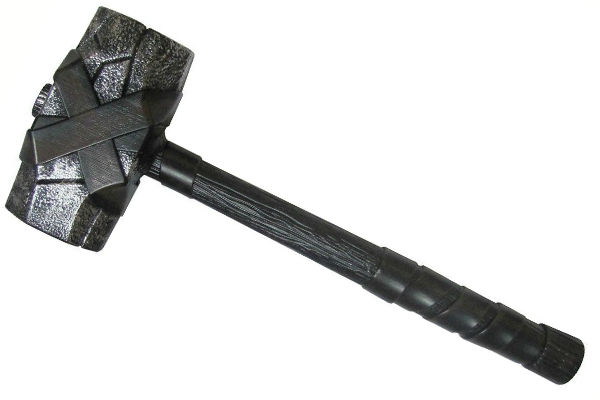 War hammers are a tricky gift. On the one hand, you want your offspring to have a familiarity with war hammers. On the other, you're giving them a giant hammer that they will use to destroy your house starting precisely 0.05 seconds after they unwrap it. With more and more parents putting a higher value on their possessions than the educational aspects of war hammers, it's no wonder we're losing The War On Orcs. (They just "want it" more.) 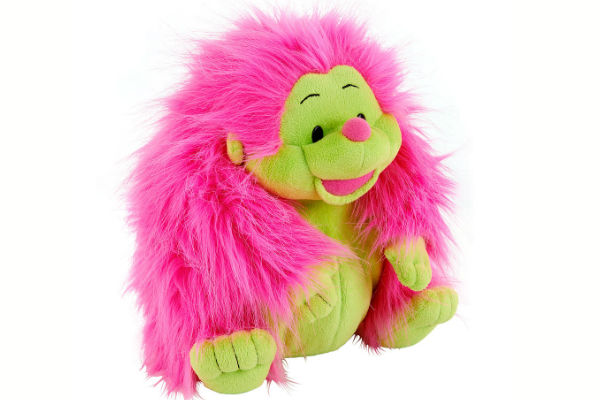 If the phrase "aspirated hair" makes you cringe, then avoid "Alopecia the Hedgehog" here. Since its hair isn't secured that well, it's almost certain to fall out and be inhaled by your child. *Hack* (Yet, for some reason, this same quibble is never made when grandma's around your baby.)

So, unless you have a real grudge against a certain child, your best bet is to avoid these things like Santa avoids the Island of Misfit Toys and have a safe, choke-, puncture-, and strangulation-free holiday!

Rawmeat
Back when I was a kid, practically any toy could be used as a projectile or hammer to seriously wound (or worse) your sibling or had small swallow-able parts painted with lead paint. As a matter of fact, the same goes today(except maybe lead paint), so I don't see the point of singling out just a few. Just don't inhale your teddybear or run your bike into a brick wall.
December 19, 2014

TZen
Ha Ha! I love the "war hammers are a tricky gift..."

Funny (and useful?) article. Thanks!

Nifty
It's like common sense is taught less. K5 now has HOMEWORK, 4th & 5th graders are smarter than their parents able to manipulate them quite well for their own agendas... with the governments' hand in our kids education... yet our kids seem to get dumber with more knowledge and less 'smarts'. We've GOT to get the government out of our schools. It seems to be a catch 22, with all the school needing $$ from government to stay open, our kids are taught to be dependant on Big Brother & the 'health agenda' than teaching general respect, trust, accountability, and common sense. When we force all the students into the lunchroom before school opens that's not teaching accountability nor trust when students feel watched by Teacher Guard all the time. Students can snap. I played with some dangerous toys as a kid and was smart enough not to get seriously hurt. The overlarge umbrella of safety teaches nothing. Kids learn better not to be dumb when they get a booboo or 2. That's real learning
December 18, 2014

rampo
Every year this list reminds me of a story in the Harvard Lampoon's 1968 parody of LIFE magazine (yes, I'm old) about lifelike Vietnam War toys for children, and this line has always stuck with me: "The thud of a pellet; a shriek of delight" as well as the fictional toy company slogan, "You can tell it's Mortell, it hurts like hell!" As kids we often shot suction-cup tipped arrows at each other, even after the suction cups fell off. How we managed to not do severe harm to each other I'll never know.
December 18, 2014

kylehorton
I honestly do not understand how the Ziggle made the list. My 3 year old loves it and the "thrashing" seems to be exaggerated. If anything, she gets a good deal of exercise.
December 18, 2014

VIEW ALL
Blog · Morning Jolt · 3 hrs ago
5 Deals You Need to Know Today: Save $20 on Your Next AmazonFresh Shop
QR codes: they look like weird texture tiles from a primitive video game, but this time, they are your passport to grocery savings. Check out this offer and more in our roundup of the five best deals we found over the last 24 hours.
Blog · Buying Guides · 3 hrs ago
The 9 Best Things to Buy in June (And 4 Things to Buy Later)
While June may be a prime time for vacations, it's also a great time to find excellent deals. Check out our guide for what to buy in June and what you should hold off on until later in the year.
Blog · Marketplace · 4 days ago
The 13 Best Products to Sell Online in July 2022
July is a big month for promotions! To give you the best chance at success, we offer suggestions for what to sell online in July 2022, plus go over the major sales opportunities during the month and the items you may want to list later.

Save on activewear, tees, loungewear, and more. Plus, bag free shipping on orders of $24 or more with coupon code "NEWS24". Shop Now at 32 Degrees

AMD and Intel CPUs are marked up to 29% off, big brand RAM is up to 15% off, to name some of the upgrades you can shop – but you can also save on laptops, desktops, TVs, and more. Plus, many items get extra discounts via coupon codes listed on their product pages. Shop Now at Newegg

Look forward to this early April 2023 cruise from Los Angeles and lock in $420 savings. Buy Now at ShermansTravel

Shop and save on a range of men's shoes, with brands including English Laundry, French Connection, Steve Madden, Marc Joseph New Yokrk, and more. Shop Now at Nordstrom Rack