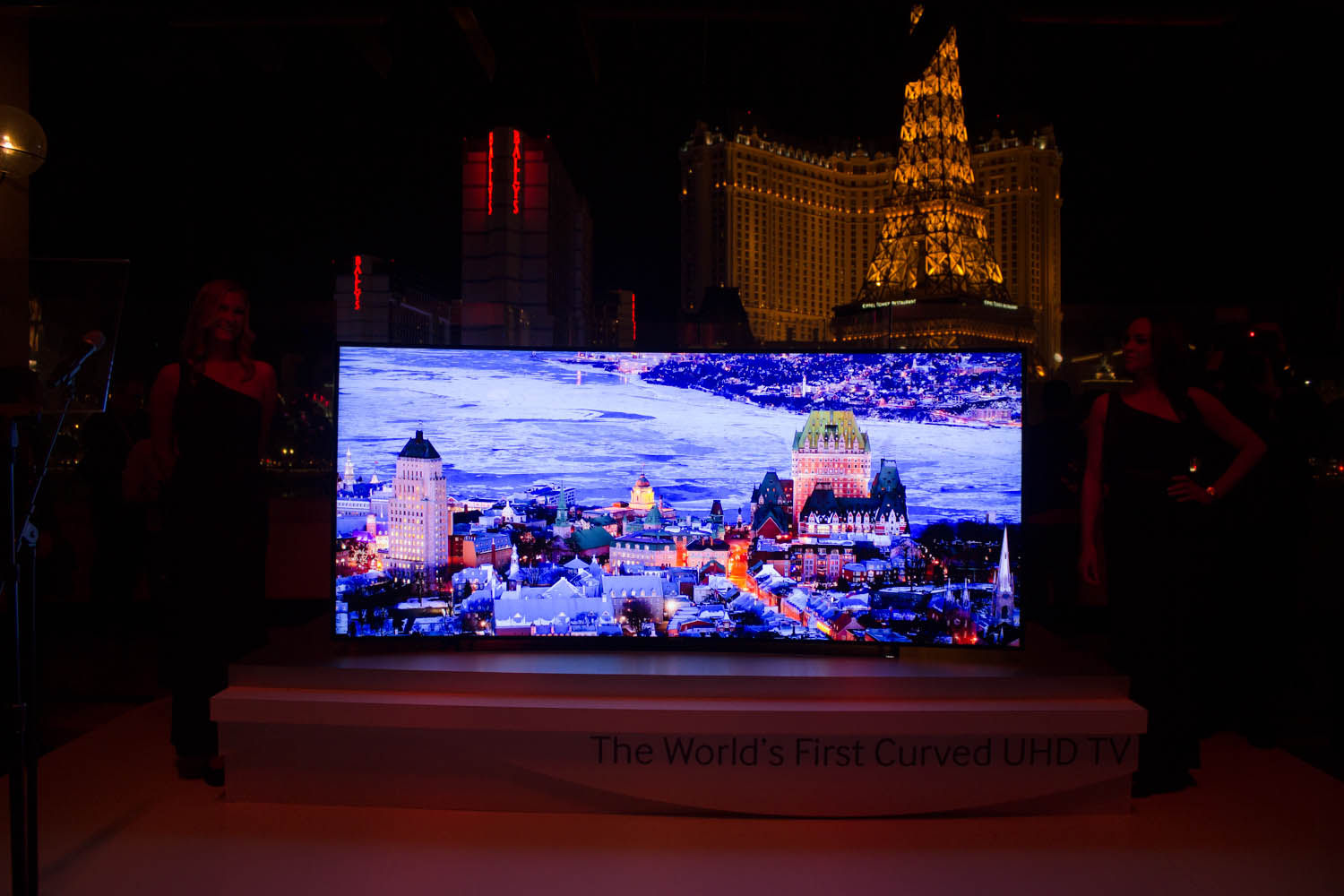 It was only a few months ago when several of us at DealNews looked at 4K technology and asked: "How much resolution do we need?" However, according to every major TV manufacturer's panel at this year's Consumer Electronics Show (CES), 4K is the future of television, whether consumers need it or not. Of course, one of the main arguments against ultra HD has been that no one is making 4K content ... until now.

This week, we've learned that 4K content is more a forgone conclusion than a far-off dream. Companies like Netflix and Amazon have partnered with studios to create native 4K shows and movies, while Sony already boasts a library of up-converted 4K content. One TV manufacturer has bet the farm on 4K, choosing to drop 3D support altogether. With the sudden surge in ultra HD media availability, one thing is certain: the arguments against 4K are getting weaker.

You Can Watch House of Cards and Cat Videos in 4K

Netflix has jumped in bed with Sony, LG, Vizio and Samsung in order to build the buzz around 4K because all of Netflix's original programming will be shot in the ultra HD format from now on. And Netflix isn't wasting any time! According to USA Today, "Netflix CEO Reed Hastings appeared during an LG Electronics press conference at CES on Monday to announce that the second season of House of Cards will be available for streaming in 4K" in February.

Incidentally, if you'd like to (theoretically) view the 4K trailer mentioned above, you can find it on YouTube, viewable thanks to Google's new VP9 codec, which was rolled out just in time for CES. The royalty-free video format supports 4K streaming, but that's not all it can do. In a recent interview with GigaOm, Francisco Varela, Global Director of Platform Partnerships at YouTube, said the new format can even help eliminate buffering on all HD videos: "The use of the codec won't just help YouTube to deliver higher resolutions at reasonable bitrates, but also reduce the amount of data necessary to stream regular HD videos by about half."

Netflix-contender, Amazon is also betting high on 4K having announced last month that all of its 2014 original programming would be filmed in ultra HD. "We're excited about 4K and the future of Ultra HD technology, particularly as we move into drama series next year," Amazon Studios Director Roy Price said in a statement. "We think customers are going to love watching these series in the highest resolution ever available to consumers." Unlike Netflix, thus far Amazon's only partner in the realm of TV manufacturers is Samsung.

TV manufacturers themselves have been busy developing their own 4K content delivery schematics. Samsung is developing an ecosystem of 4K apps. According to Engadget, "the Korean tech giant has just announced partnerships with companies that will deliver 4K to the masses. Amazon, Comcast/Xfinity, DirecTV, M-Go, and Netflix are all working with Samsung to stream the higher-resolution video format through their native Smart Hub apps."

For its part, Sony is adopting a more holistic approach to providing 4K content to viewers. Last year, the tech giant launched its own 4K digital video store, which features more than 140 movies and TV shows that have been up-converted to the ultra HD format. What's more, "Sony owns a film studio, which means several upcoming major movies are being shot in the ultra high-def format. [The company is] also releasing a new line of cameras and camcorders with 4K recording capability," according to VentureBeat.

However, no one seems to be betting higher on 4K than Vizio. While the company's Chief Technology Officer, Matt McRae, would only tell The Verge that Vizio plans to deliver 4K content through streaming, McRae was confident that Vizio's TVs would be "aggressively" priced. Furthermore, Vizio is so confident that 4K is the wave of the future that it has "done away with 3D playback entirely."

Clearly, a lack of content won't prevent people from purchasing a 4K TV in 2014. Of course, there are other reasons why someone might avoid buying the new TVs, like their massive size or the higher cost associated with brand-name models. Readers, what do you think? Does the sudden availability of 4K content mean you'll switch to the new format? Or will you watch the new season of House of Cards in good ol' HD? Sound off in the comments below!

joemin97
Well I just purchased a Sony XBR 65" HX950 for a great price from Onecall. It was released at the end of 2012 for $5500 and I picked it up for $2700.00. I looked at the 4K sets Sony is offering and they are only 120hz panels and the older 1080p sets are 240hz and with backlight blinking and such you get 960 motion effect. I am upgrading to a better Set: Full Backlight with Local Dimming,Etc. Remember Sony has said that you can sit 4ft away from your 4K set and I am like so what. I sit 6 to 8 ft away from my TV now. I have a Large Bluray Collection and I prefer purchasing Bluray over Digital Download. What I like is the Free UV codes they give you with Blurays. Best of Both Worlds. Until True 4K BluRays come out. I will sit on the sidelines this time around. And maybe I will pick up a 80 or 90inch 4k set because anything under 80inches isn't worth getting 4k you cannot tell the difference.
June 3, 2014

mirrormirror
What no one in the streaming and remote delivery (cable) industry is addressing is over-compression that makes HDTV look worse than NTSC & 4K won’t fix that. Even uncompressed DVDs — you know the ones that only have a few hours on them & are double layer, vs. the discount 4–8 hours per disc — look better than most content coming out of an HDMI port from a cable box aside from the lower resolution. The artifacts from over compression on gradients is jarring and more pixels won’t help that much. The desire to pack as many channels into the band is killing signal quality. If Comcast, AT&T & DirecTV didn't do this in order to give us 50 channels of shopping networks, then 1080p would be more than enough unless your TV was over 70". Blu-Ray looks better — not only because of the resolution — but because the signal is much less compressed. If content distro companies fixed that, I would consider 4K. For now it is a rip off if you lack the bandwidth.
February 9, 2014

good2014
Something else CABLE Thieves, er I mean cable companies in the USA, can up charge us for if they ever start to carry it. :( Or perhaps they will charge you more for internet since you will be using more bandwidth?
January 21, 2014

Greg the Gruesome
I saw somewhere that Naughty America, a you-know-what studio, said it will start filming its productions in 4K. }:]
January 11, 2014

jcauthorn
3d passive could be shown in full 1080p on a 4k tv - it's a crime for them not to support that mode. Funny that what they are touting is "up-converted" to 4k which just means most of what you see is 1080p video. Movies like the Hobbit are being shot in high frame rate. Maybe I need to hold out for 4k high frame rate 3d TVs. After all, aren't they blaming the lack of material for the lackluster sales?
January 10, 2014

scott933
I have owned every type of quad in the 70's from qs to cd-4, still listen to sacd's or dvd-a's off the 5.1 inputs [ not the hdmi ], and enjoy 3d active movies off a 73 inch Mitsubishi. If you ever need to know what format will eventually perish, just ask. At least I got Blu-ray right.
January 9, 2014

Wolfman
If only 3D and 4K weren't incompatible concepts. I feel like I need a TV for each.
January 9, 2014

acidrain69
It's a shame. The high resolution of 4k would go well with passive interlaced polarized 3D. 3D movies are near dead but 3D gaming hasn't had a chance to shine yet. LG was big on passive 3D. Maybe they will try it.
January 9, 2014

VIEW ALL
Blog · Buying Guides · 1 hr ago
The 8 Best Things to Buy in December (Including After Christmas Deals!)
Even with a longer sales season, Black Friday is still the biggest shopping occasion of the year for many. But the deals don't end after that day or Cyber Monday. Check out the best buys of December, as well as the items to wait on.
Blog · Morning Jolt · 13 hrs ago
5 Cyber Monday Deals You Need to Know: Save on Samsung TVs at Amazon
It's Cyber Monday, Black Friday's cousin that was named by Uncle Discount after watching The Matrix eight times in a row. But it brings discounts – for example, on a large selection of Samsung QLED and OLED TVs at Amazon. Check out this offer and more in our roundup of the five best deals we found over the last 24 hours.
Blog · Consumer News · 6 days ago
Black Friday vs. Cyber Monday: 8 Ways the Shopping Holidays Differ
Last year, U.S. consumers spent more money online on Cyber Monday than they did on Black Friday. But are Cyber Monday deals as good as Black Friday offers? Check out our guide to learn how these two shopping holidays differ.

Take up to half off select styles, including sneakers, golf shoes, boots, and more with coupon code "CM22". Shop Now at Ecco

It's the best price it's been and the lowest we could find now by $26. Buy Now at Amazon