Takin' It Squeezy: 4 Great Juicers at Every Price Point

Whether you're looking to make some fancy green juice or a simple glass of OJ, you can find lots of fans of these juicers.
BY:
LOU CARLOZO
DealNews Contributing Writer

As far as juicing gurus go, it's hard to outdo the likes of Jay Kordich. After beating bladder cancer, he went the infomercial route with his juicers in 1990. At one point, he went two years without solid food. His liquid bible, The Juiceman's Power of Juicing, became a New York Times' best-seller in 1992. By the way, he's 92 now.

We may not live so long. But given a track record like the one Kordich has, snagging a juicer certainly can't hurt. So if there's a price to pay for superior health by way of juicing, check out our guide to see four spotlight juicers across the price spectrum. 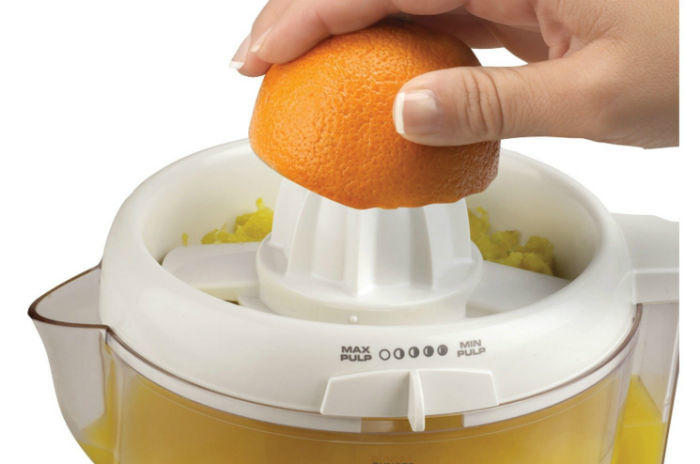 If your juicing needs are simple and you don't mind a one-trick pony, the Black and Decker earns high marks for its light weight (2 pounds); safe pressure mechanism (which disengages the motor unless half a fruit gets pushed onto the reamer); and pulp adjuster. Admit it: There's nothing worse than a household full of fussy juice hounds who fight over the virtues or evils of pulp. At this price point, 32 ounces is a generous capacity — higher than the NutriBullet, for example. And at $18.47 on Amazon, you're paying the equivalent of just five fresh-squeezed OJs at the local diner.

Cons: Just 20 watts of power. And don't try juicing celery or kale on this thing; it's simply not possible. 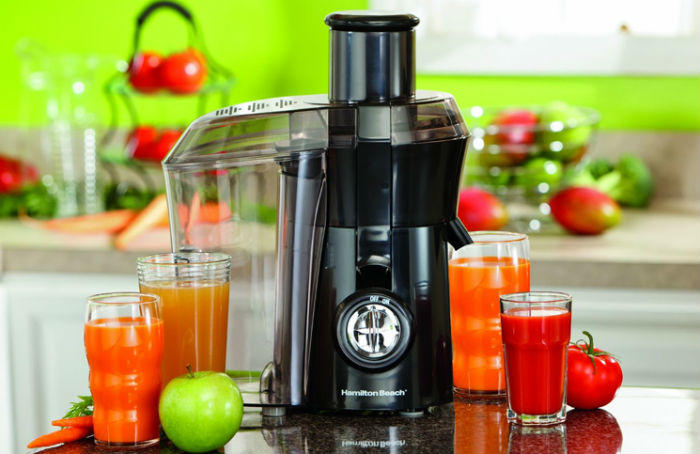 This juicer, which runs up to $70 (and maybe more), can be often be found on sale below $50. There's a lot to like here, as Cheapism names the Hamilton Beach a best pick. Food & Wine also dubbed it the winning juicer it reviewed, by virtue of is easy assembly and cleanup. An 800-watt motor and rear pulp catcher make juicing with the Big Mouth as joyful as stomping barefoot on cool grapes on a hot day (if you're into that sort of juicing). 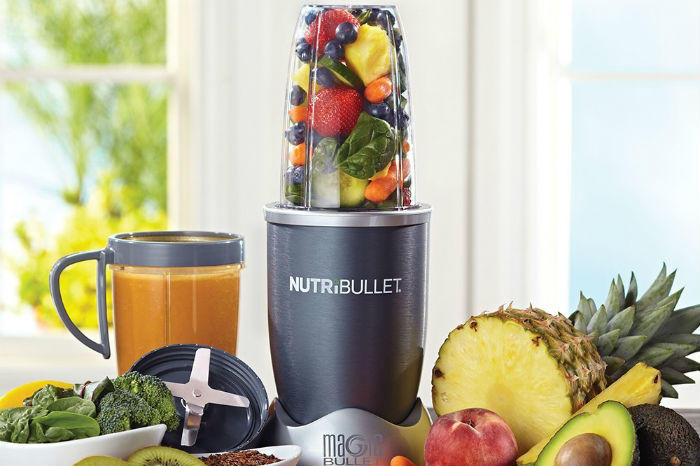 For many consumers, the Magic Bullet (or "Bullet," as it's affectionately known) is synonymous with juicing. And if you've got a Benjamin to drop, the NutriBullet, which runs $89.99 at Target, is a proven winner that will leave you with enough pocket change to load up on oranges and peaches. After more than 7,000 reviews, it's rated a solid 4.4 out of 5 stars by Target shoppers. Features include a 600-watt motor and high-torque power base; two blending chambers that double as drinking cups (18 and 24 ounces); and a stainless steel extractor blade that never needs sharpening.

SEE ALSO: 10 As Seen On TV Products That Are Actually Worth Buying

Pros: Comes with a recipe book; blends in under a minute; one-year limited warranty. 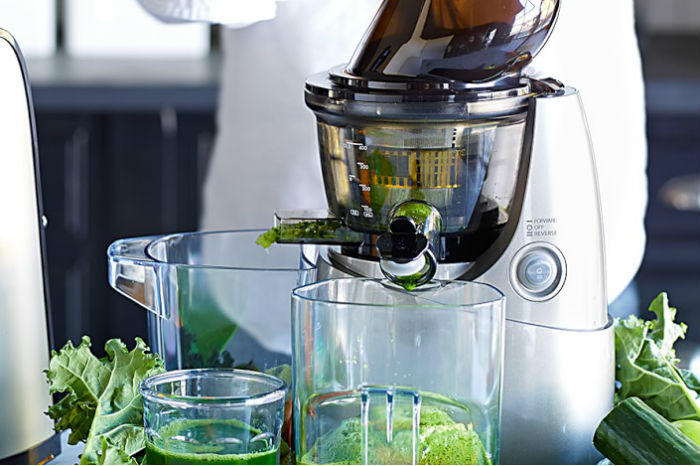 Yes, this is Jay Kordich's baby. And let's face it, he's pretty much the Steve Jobs of juicing. And much like a MacBook Pro, the Kuvings Whole Slow Juicer (available for $399.95 at Williams-Sonoma) is one impressive piece of electronic wizardry. Kordich claims it reduces prep and processing time by up to 40%, thanks to a 3-inch feeding tube that easily accommodates whole produce items (except for watermelons). Amazon users give it a solid four stars, and Consumer Reports rated it the top cold-press juicer it tested. Until a fridge-sized, melon-family juicer is invented (or perhaps not), this is as good as it gets.

Pros: A 10-year manufacturer's warranty and $200 worth of free juicing guides.

Cons: Sorry, folks: Kordich can't guarantee you'll live into your 90s. But maybe this juggernaut juicer will last that long.

Speaking of juice gurus, no less a spiritual figure than the Vietnamese Buddhist monk Thich Nhat Hanh recommends chewing your food 50 times, and liquifying it in your mouth, before you swallow to ensure digestive health. Many people follow this advice; others might be grossed out by the thought, or swear by inhaling a lunchtime burger at the cubicle. But at least if you're rushed, a juicer can do the chew-chew-chew for you. Health enlightenment? A life span to rival a redwood? Who knows what kind of power supply you'll tap until you turn on the juice.

Readers, do you own a juicer, and do you think it was worth the money you paid for it? What juicer brands are you loyal to? Let us know in the comments below!

frenchyaz
I did have a Juicer, however I gave it away a long time ago. Why? Because juicers are unhealthy and make you fat, simply put.

Think about it, how many oranges do you need to make a 8 Oz or a cup of orange juice?

To make 8 ounces of fresh orange juice, it is necessary to juice between four and five medium oranges.

Now, if you end up eating oranges, how many are you going to eat in order to kill your hunger? One? Two maybe? Right, just do the math. If you eat the orange you'll also gain fibers which will mitigate your insulin spike, keeping you filled longer.

Juicing is a danger and a factor of increased obesity as most people don't substitute a juice for a meal bringing more calories than necessary out of their day. Excess of calories will be then stored as fat!

This is true for everything "juice", don't get in this trend and think that you can get your daily servings of fruits and veggies in a cup and stay healthy.

So, count your calories, eat the fruit, don't drink the juice!

Other stores charge at least $30 more. Buy Now at Walmart

Clip the on-page coupon and drop it to $85.82. The next best after that is $112 at Walmart, which is well lower than its nearest competitor. Buy Now at Amazon

Take an extra 30% off sitewide with coupon code "MEMORIALDAY" (for savings of up to 60%). Shop Now at Kenneth Cole