One company just got dealt a major defeat in court after suing a negative reviewer, but does that mean other complainers are safe?
BY:
BENJAMIN GLASER
DealNews Contributing Writer 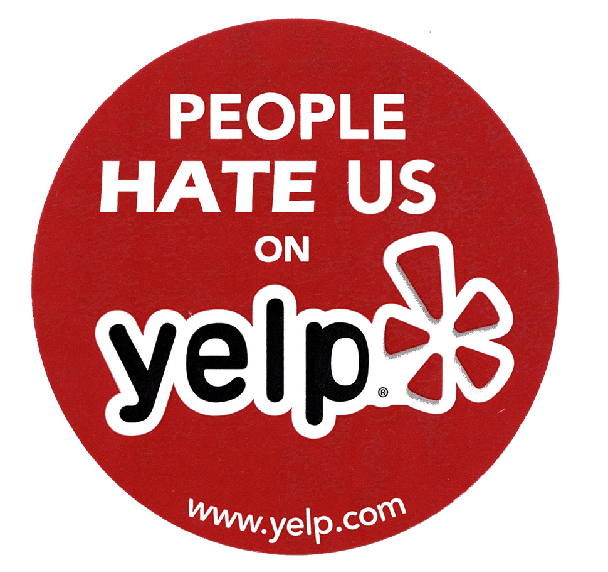 Last month, we asked if writing a negative online review can get you sued. Legally, that question is still in flux, but companies attacking negative reviewers have been losing big in the courts (and in the court of public opinion). This week, a high-profile case advanced when a Utah court ordered online retailer KlearGear to pay $306,750 in damages to a woman they were suing for writing a negative review.

The Price of a Bad Review

Jen Palmer claims her husband bought a few trinkets off of KlearGear.com, a "geek gifts" website, way back in 2008. When the order didn't arrive within thirty days, PayPal canceled the payment. Palmer tried to contact the company, but couldn't get a hold of anyone; so she took to the review site RipoffReport to vent her frustrations.

"There is absolutely no way to get in touch with a physical human being," she wrote, saying KlearGear.com had "horrible customer service practices."

A whopping three years later, Palmer's husband received an email from KlearGear saying he had violated the Terms of Service, which contained a "non-disparagement agreement." These controversial clauses prohibit customers from posting negative reviews of the company. And KlearGear said the Palmers had to remove the review, or pay $3,500.

The fine eventually caused a dent in the Palmers' credit score, which prompted them to sue KlearGear, with the help of non-profit group Public Citizen.

Last month, after KlearGear never responded to the suit, a federal court issued a default ruling that the company could not collect the fine, and this week it announced that the company owed the plaintiff $306,750 in damages.

So Can I Get Sued?

Despite the ruling, this case still doesn't necessarily determine whether non-disparagement clauses are legal, or whether they unfairly violate customers' First Amendment rights. Part of the Palmers' case rests on their claim that KlearGear's non-disparagement agreement was not actually part of the TOS back in 2008; and the default ruling was triggered by the Paris-based company being a no-show in court. So this particular case had a lot of technicalities and details that obscured the central issue of non-disparagement.

Contracts are by nature legally-binding agreements. But UCLA law professor Eugene Volokh told Marketplace that a "gotcha factor" may provide an exception: "Volokh says that if a reasonable consumer would be very surprised by a clause, like a non-disparagement clause, in a vendor contract or a terms-of-service agreement, that provision of the contract might be deemed unenforceable."

And as we pointed out in previous reporting on this issue, honesty is the best policy when writing reviews online. Aside from non-disparagement clauses, some companies aggressively attack perceived libel or defamation. But libel requires that the claims be false, among other things.

What do you think of non-disparagement clauses? Would you sign one to complete a transaction? Let us know in the comments below.

reykjavik2014
@snaimpally - that's not true at all (at least not here in NYS). Adhesion contracts, or adhesion clauses of contracts are typically enforceable. Adhesion refers to the language that is by and large un-negotiable. When you get a VZW cellphone and they spit out a 10 page contract, that is all enforceable language, despite it being all adhesion. Same goes with web site TOS provisions and that iTunes box you check off. Those are all enforceable adhesion contracts. They are not upheld when they are against public policy (among other exceptions) as should be the case here. But because it was default inquest, no legal decision was actually made on the provisions of the contract.
June 29, 2014

closepuman
Last month, after KlearGear never responded to the suit,

So obviously what the lady said is TRUE. So how can a company stop you from posting the truth. And also, even if the husband agreed and it's enforceable, his WIFE did the review not him.

snaimpally
Such an "anti disparagement clause" is known as an adhesion clause in a contract and is usually unenforceable. Basically, the company is saying "if you want to buy something from us, you must agree to these terms, including the anti-disparagement clause." Because there is no opportunity for the consumer to negotiate the terms of the contract, such clauses are usually construed against the company that added them.
June 29, 2014

A person with questions
@Greg the Gruesome Yes, my brain wasn't fully working that early in the morning, I don't know why I couldn't remember the term. I remembered about an hour later but didn't come back to dealnews to post it
June 27, 2014

zeram1
forgot to mention that my statement, in the form of a question, doesn't equal an accusation (I don't wanna be sued by them ya know!).
June 27, 2014

zeram1
So will the company just file for bankruptcy, and then reemerge as another online "presence" (even perhaps under a new name), to continue to sell cheap plastic crap from China?
June 27, 2014

Greg the Gruesome
@dealnews-Lindsay: Maybe they realized that there was no way they were going to win this case so they figured they'd avoid the expenses they would incur by responding to the suit. But had they negotiated a settlement with the plaintiffs they probably would have had to pay less than what the court awarded. Maybe the company makes very little profit and the owners figured it couldn't afford to pay even the smallest settlement they could expect to negotiate.

@A person with questions: I think you mean the term 'statute of limitations'.

Greg the Gruesome
>Last month, we asked if writing a negative
>online review can get you sued...

I don't remember reading that article or the comments on it, so what I'm about to write may have been mentioned there. My sister, who's a lawyer, once told me that you can sue anyone for anything. If the lawsuit is utterly ridiculous, it will get thrown out at the first court proceeding, but if you're the defendant you still have to hire a lawyer and spend time on responding to the suit.

>...or whether they unfairly violate customers'
>First Amendment rights.

I thought the First Amendment applies only to governments' restrictions on free speech.

A person with questions
@nimer absolutely, if any so called "law" or terms within a contract, are not in accord with the U.S Constitution then they are invalid. However, the flip side is, if the Constitution does not deal with that specific matter, then it's the State Constitution that rules over the "law" @Kyser_Soze yes, for any wrong or harm done to a business or individual there is a certain period in which a legal case could be brought against the party, but once past that time limit, if a defendant is brought to court, they can use this defense to being brought to court and the court (if past the time to bring a suit) will dismiss the case. I don't know why, but for the life of me I can't remember the legal term for this time span...
June 27, 2014

Lindsay Sakraida (DealNews)
It's bizarre to me that KlearGear.com hasn't really responded to any of this. Guess they think they don't need to.
June 27, 2014

Kyser_Soze
You should be exempt if you write a comment the describes the facts only. If the comments said that an order was placed on "x" date and had not been received by "y" date, it's not necessarily disparaging, it is just the facts.
June 27, 2014

nimer
Our legal system is complex, but a friend who's a lawyer told me that if a contract does not abide by the law, it's invalid. In this case the contract seems to be conflicting with the freakin' constitution! I'm glad they were fined and let this be a lesson to all those companies out there
June 27, 2014

VIEW ALL
Blog · Buying Guides · 1 hr ago
What to Expect From Father's Day Sales in 2022
Father's Day is around the corner, and sales will be in full swing before you know it! Check out our guide on what to expect from Father's Day sales in 2022, including what will be discounted and the savings we should see.
Blog · Morning Jolt · 13 hrs ago
5 Deals You Need to Know Today: Save an Extra 50% off in Levi's Memorial Day Sale
It's an extra 50% off sale styles and 30% off everything else in Levi's Memorial Day hijinks. Check out this offer and more in our roundup of the five best deals we found over the last 24 hours.
Blog · Marketplace · 1 day ago
How to Create Coupons on Amazon
Amazon brought coupons to Seller Central in 2017, but these aren't your grandmother's coupons. Learn how to create coupons on Amazon, and what to know before you do.
Blog · Buying Guides · 2 days ago
6 Simple Ways to Renovate Your Kitchen Through Home Depot
If you're feeling like your house needs a refresh, consider these simple ways to do a Home Depot kitchen renovation. You can update your look and potentially increase your home's value!
Blog · Buying Guides · 5 days ago
What's the Best Time to Buy Big-Ticket Items?
Savvy shoppers are always on the lookout for a great deal, and to help you out, we've put together guides on the best times to buy big-ticket items.