How does your location affect your financial concerns? We cover regional differences in debt, money worries, and more.
BY:
ANGELA COLLEY
DealNews Contributing Writer 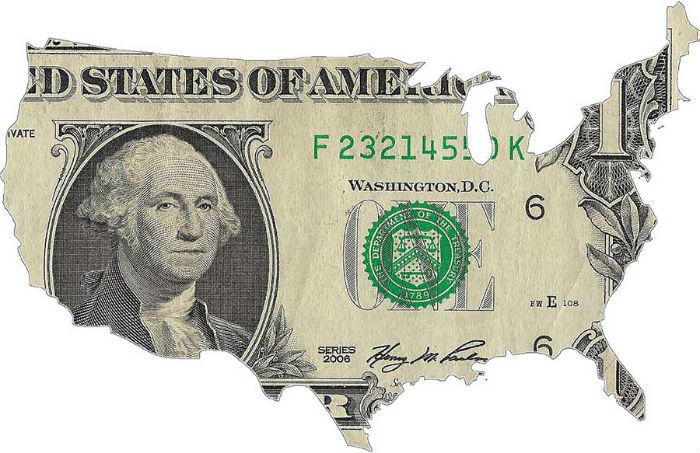 Whether you hail from New England, the West Coast, the Deep South, or the Rust Belt, where you're from plays a part in who you are. From favored comfort foods to slang usage, you can take quizzes and read in-depth reports to see how different you might be from your neighbors in the West (or the South or the East).

We have our regional differences, but how far do they go? Are we all alike or completely different when it comes to everyday things like money? DealNews wanted to find out, so we polled people from all over the nation.

As it turns out, there were some notable variations by region. Whether concerning salaries and credit cards or financial worries and debt, we cover survey findings about how location affects our personal finances. (And if you want to increase your own financial knowledge, check out our rundown of the best personal finance podcasts.)

You Might Be From the South if... You're Happy With Your Salary

Perhaps unsurprisingly, our survey showed the majority of people fall somewhere around "Sure, I'm paid OK, but I could be paid more," when asked about their salaries. Unless you live in the South, where 23% of respondents feel they're paid extremely well.

In the South, 23% of respondents feel they're paid extremely well — the highest percentage of any U.S. region.

The Northeast came in a close second at 22%, but the West Coast fell the furthest behind. Only 18% there feel they're rolling in the dough come payday.

That might have something to do with the cost of living in different regions. According to PayScale's Cost of Living Calculator, an office manager in Atlanta making $60,000 a year would need to make at least $99,046 a year to maintain the same standard of living in San Francisco.

(Almost) Everyone Has a Credit Card

When it comes to carrying a balance, the South is more likely to rack up interest charges month over month. In our survey, 58% of Southern respondents said they carry a balance on their credit cards, compared to a slightly lower 52% in the West.

SEE ALSO: Thinking About Getting a Loan to Pay Off Your Credit Card? Try Doing THIS Instead

Perhaps it's not surprising then that the South has some of the lowest credit scores in the nation. In an analysis of credit scores around the country, NerdWallet found Mississippi had the lowest average score at 638. Louisiana and Georgia also had several metro areas that scored at the bottom.

But the region most likely to pay off in full each month had its own fair share of credit problems. Only one metro area in California — the San Francisco Bay Area — scored among the top 50 metros for credit scores, according to the NerdWallet analysis.

Admittedly, shopping is a broad concept. It could include everything from CVS runs, to late-night Amazon purchases, to Bloomingdale's shopping sprees. But whatever stores they might frequent the most, Northeast residents seem to shop a lot.

In the Northeast, 21% of respondents pegged shopping as their biggest source of debt.

In the Northeast, 21% of respondents pegged shopping as their biggest source of debt. Comparatively, only 12% said car payments were loading them down, while even fewer (8%) carry medical expenses.

The Midwest Carries the Most Student Loan Debt

On the surface, student loan debt seems to be huge everywhere, but the Midwest might have it the worst. In that region, 22% of respondents said they have student loans to repay. The West fared better, with only 14% of people carrying student loans.

SEE ALSO: What You Should Know About Student Loans (and 8 Ways to Pay Them Off)

If You're From the South, You Probably Worry Less

The South has a reputation for "letting the good times roll," and while we aren't usually the type to believe in clichés, there may be some truth to that. We asked all of our respondents if they were worried about their finances. The South came back the least stressed. In fact, the majority (63%) aren't even worried about it.

Readers, how accurate do you think these findings are for your region? What other money concerns are common where you live? Let us know in the comments below!

drt1
What states constitute "the south"? I'm currently near the Canadian border, so it's all south to me.
August 30, 2016