Samsung Galaxy S7 Vs. S7 Edge: Which is Best for You?

Your guide to the prices, pros, and cons of the these bestsellers. Plus, an explanation of the urgent recall on the Note 7.
BY:
PAUL SISOLAK
DealNews Contributing Writer

In the evolution of the smartphone, the Samsung Galaxy line might have advanced the furthest among its Android and iOS peers. With humble beginnings in 2009, these handsets matured from somewhat clunky to simply chic, and now the S7 is one of today's top-selling phones.

Since they hit shelves earlier this year, the Galaxy S7 and S7 Edge have surpassed more than 25 million in total unit sales, according to Strategy Analytics. At first glance, the Galaxy S7 might not appear all that different from the S6 or even the S5, but new features — e.g., a sleeker design, enhanced camera, and large HD screen — might make it worth your investment.

Check out our guide below to the Samsung Galaxy S7 and S7 Edge to see whether Samsung's flagships are right for you. 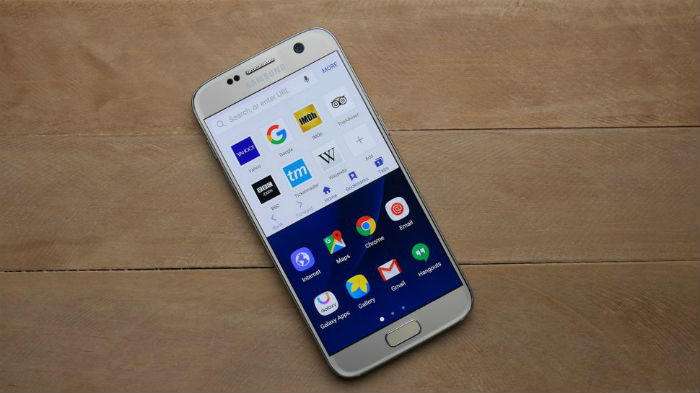 The newest offering in the Galaxy lineage proves that as tech gets smaller, it becomes bigger at the same time. The 5.1" quad HD screen is one of its largest yet, but for the Galaxy S7, it's part of a design that's all screen, for the most part.

And to call the S7 a glorified S6 would be selling it short, since most features inside and out have seen improvements. The new Galaxy boasts a CPU (Qualcomm Snapdragon 820) and GPU (Adreno 530) that are up to 30% and 64% faster, respectively, than their outgoing predecessors, according to Samsung. It's also received a 1GB RAM upgrade, and now sports 4GB of RAM. Another new addition is the return of a microSD card slot, missing on the outgoing model.

SEE ALSO: Everything You Need to Know Before Buying a DSLR Camera

But this Galaxy's standout selling point is its two cameras. Though reviewers have pointed out that the S7 is lower in megapixels than the S6 (at 12MP, compared to the S6's 16MP), many have also heaped praise on the rear camera. When thinking about the pitiful quality of early smartphone cameras, the Galaxy S7 is legitimately in DSLR territory here with that 12MP rear camera, which boasts higher pixel quality, the ability to take motion photos and panoramas, and a more sensitive light sensor and focus control. 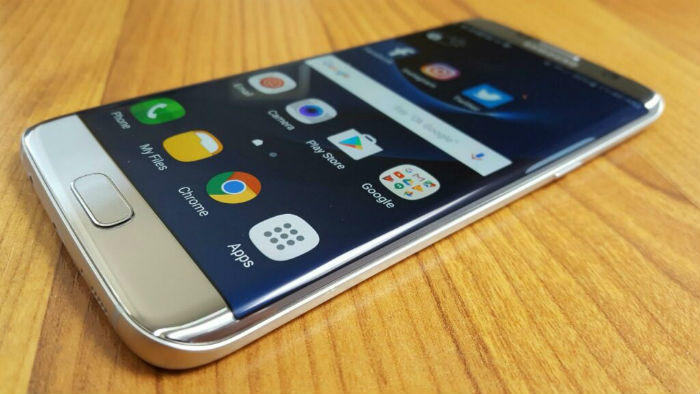 Just how much of an edge does the Edge have on the S7? The biggest difference is size. The Edge's screen, at 5.5", is only somewhat larger than the standard S7's display, which may not matter much to the average consumer.

But the slightly larger, curved screen is what gives the Edge its name, accommodating up to nine shortcut panels for contacts, apps, etc. You may consider the Edge's more robust screen size if movies, videos, and gaming are your thing. Like with the S7, this Super AMOLED display is more adept than a conventional LCD screen at showcasing richer, deeper hues and blacks.

Another advantage of the Edge's AMOLED screen comes from Samsung's "Always On" feature, which shows the time, date, and other select info when the phone is not in use — meaning the phone is never really off and asleep. Reviewers and Samsung note that the Always On mode eats up only 1% of battery per hour, but your experience will depend on the frequency and amount of time you keep your phone shut off.

General battery life is another advantage of upgrading to the S7 Edge. At 18 hours, the phone's 3,600mAh battery holds three more hours than the S7's 15-hour charge. 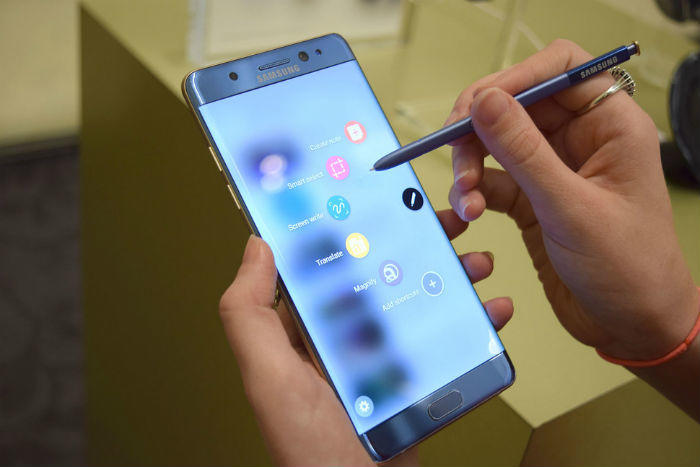 What Went Wrong With Galaxy Note7?

Probably everyone has heard by now that the Galaxy Note 7 poses an extreme fire hazard, due to some batteries overheating and causing the phones to combust. Not only are they damaging property and causing serious burns to individuals, they're also leaking dangerous chemicals. Anyone who currently owns one of these devices should return it immediately.

As far as flagship phones go, the Galaxy line rivals the iPhone and just about every other Android model on the market today. That said, you'll want to compare and contrast one of the S7s against your current smartphone to see if upgrading or switching brands is worth the money. (Certain carriers may offer you a deal or price reduction on one of the Samsung models for switching plans.)

While specific features are small improvements over outgoing models, others are new to the Galaxy range, so be particular about the features you prioritize. For the money, the standard Galaxy S7 may be your best bet, since it's a base model that's anything but basic. A slightly smaller screen and absence of a stylus may be small losses when compared to the S7's sleek design, hi-def screen, and 12MP camera that takes impressive photos.

Readers, what do you think of the Galaxy line? If you've purchased a Note 7, how have you responded to the recall? Let us know in the comments below!

Lindsay Sakraida (DealNews)
@RSN510 Like The Oracle said, neither of these phones are an issue. We mention the Note 7 as well.
September 20, 2016

RSN510
Which is best? The one that doesn't spontaneously combust. (Has Sisolak or the Dealnews editor been following the news?)
September 20, 2016

drt1
Seems to me that R & D (that is research and development) is a thing of the past. It is now all about shove it out the door and hope you don't have to recall it. I think it started with automobiles.
September 16, 2016

EngGal
I can't imagine anyone is considering buying either of these phones right now with all the battery-exploding issues in the news. Samsung states it's only in the Note, but time will tell if that is true or not. I'm especially interested as I have the S7 Edge myself. As far as liking it over the S7...I'd say it's probably not worth the extra $100. If the battery ends up not being an issue for it, I would highly-recommend the S7.
September 16, 2016

Save well over half off some hoodies and joggers. Shop Now at Woot! An Amazon Company