If you've just heard about Buzz Bissinger's eye-popping addiction to Gucci clothing, then you might think that his tell-all tale of hyperbolic spending was an April Fool's Day prank. But the Pulitzer Prize-winning journalist and author of Friday Night Lights confesses that he's spent more than $600,000 on clothes, and has bought 81 leather jackets in the past few years alone.

While we're sure Bissinger could use some remedial education from the dealnews crew in Bargain Shopping 101, there's another matter to deal with: Buzz joins the ranks of history's notorious over-consumers. What follows is a list of celebrity shoppers, famous and known for their conspicuous consumption ... and some famous because of it. 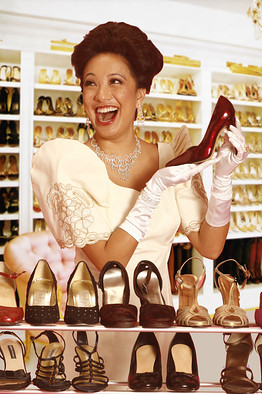 It's odd when your legacy in popular culture boils down to footwear. Sure, Imelda Marcos was the first lady of the Philippines from 1965 to 1986, but all you have to do is type "How many shoes did" into Google, and the first thing that pops up is: "How many shoes did Imelda Marcos own?" The truth is, no one knows. While you can probably count the number of shoes you own on your toes, Marcos was said to own as many as 3,000 pairs. When asked about this, Marcos (now a minor Philippines politician) replied, "I did not have 3,000 pairs of shoes, I had 1,060." Yet she left behind 1,220 pairs after she fled the nation in 1986 (many of which were damaged by termites or water) and another 765 pairs live on in a shoe museum. What's worse, there's no word on whatever became of Marcos' silver shoe phone cast in the shape of a high heel. 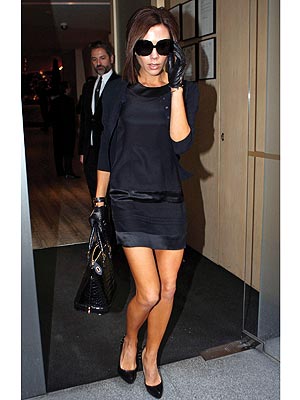 Victoria Beckham: Spice Girl, Soccer Spouse, Sensational Shopper. With all her disposable income, supplemented by a successful designer line, Beckham has the means to spend an estimated $150,000 a year on her wardrobe. Of course, with an estimated net worth of $80 million, she's not going to go bankrupt any time soon, though her $820,000 Milan shopping spree in 2010 is still the stuff of legend. The tab included 20 pairs of Dolce and Gabbana shoes, 12 pairs of Versace sunglasses and a $648,600 Rolex watch. So what did she have to say afterwards? "I've spent too much. Shopping is like a drug. The more you have the more you want. When I'm in Milan I don't know how to resist it." We know just how you feel, Poshie. 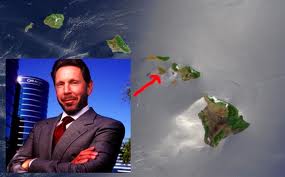 Sure, we'd all like to buy our own island, and many celebs do. But how many can match the feat of Oracle co-founder and CEO Larry Ellison? He paid between $500 million and $600 million for the Hawaiian island of Lanai last June: it's the sixth-largest island in the Hawaiian chain, measuring 23 square miles. Thus far, Ellison hasn't kicked out any of the 3,100 residents so he can plop in a beach chair and sunbathe in private. In fact, it's reported that Ellison plans to spend another $500 million to improve the island's infrastructure and bolster its agriculture, which was once reliant upon an island-wide pineapple plantation. You'd think that for $500 billion or so, Ellison deserves a lifetime all-you-can-eat pineapple pass.

Nicolas Cage: Could Use a National Treasure 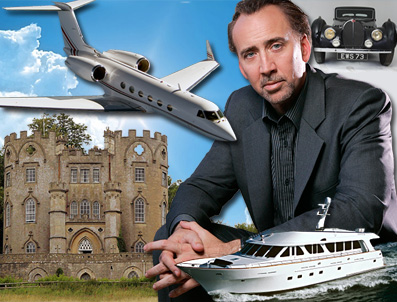 It's fitting that a guy who takes his stage name from a comic book character should spend like a Superman. The former Nicolas Kim Coppola's troubles with limitless splurging are well documented, as he sued his former money manager for $20 million. Yet it's hard to imagine someone holding a gun to Cage's head as he went on a decade-long shopping spree of gargantuan proportions. Here's a partial list of his swag, as catalogued by The Daily Beast in 2009: "Houses, motorcycles, a jet, yachts, vintage and new cars, expensive watches, meteorites, dinosaur skulls, an enormous pet collection, massive amounts of jewelry for the women in his life, group vacations for his entire entourage, and on and on and on." He also bought two Bahamian islands, and the former shah of Iran's Lamborghini Miura SVJ for close to double what the car was reportedly worth. 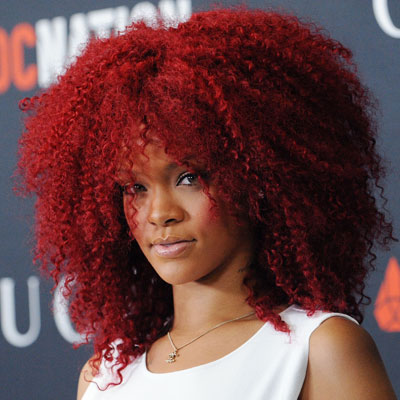 Add up all the haircuts you've ever had in your life and try to figure out if you've spent more than $20,000. Even if you have, Rihanna's got you beat in a week. Her haircut tab routinely runs $23,000 every seven days, according to various sources. Rihanna employs celebrity hairstylist Ursula Stephen, who's been responsible for many of the singer's eye-catching looks. In one 9-month period between 2010 and 2011, Rihanna changed hairstyles 13 times, according to The Daily Mail. But you've got to wonder why Stephen was pulling down all that dough when that bulbous red afro earned Rihanna the nickname "Sideshow Bob," after The Simpsons cartoon character. Maybe Rihanna should've tried a $15 shampoo-and-blow dry at any local Hair Cuttery. It couldn't have come out any worse, and it certainly would've been a whole lot cheaper.

Celebrity weddings are often extravagant affairs, as when Tom Cruise and Katie Holmes had Andrea Bocelli as their entertainment. But their nuptials were like a Moose Lodge reception compared to the union between the current ruler of Dubai and Princess Salama. Back in 1981, the duo spent $44.5 million (more than $100 million in today's dollars) to tie the knot, according to Forbes. The Sheikh's proud parents built a 20,000-seat stadium for the week-long celebration, and the sheikh visited every town in the emirate by horseback. Yee-haw.

They're the first couple of R&B, and they've made headlines before with their wild spending. But when you think about how soon kids get bored with toys, you have to wonder why they spent an astounding $80,000 on a Barbie for their daughter's first birthday. It's not just any Barbie, mind you, but a diamond-encrusted Barbie, reports The Daily Mail. The doll is said to include 160 diamond gems as well as white gold jewelry. Heaven forbid the child starts stuffing it in her mouth, the way all toddlers do. And as much less wealthy parents know, Jay-Z and Beyonce will no doubt have to deal with the disappointment that comes when Blue Ivy, being only a year old, shows far more interest in playing with the box Barbie came in.

Yes, celebrities can spend more than we can, and on much more lavish things. Shopping is fun, right? But the next time you catch yourself tempted to spend half a billion dollars on an island or $80,000 on a Barbie, ask yourself, "Do I really need this?" Then wake up. Your oatmeal is getting cold.

Blog · Buying Guides · 28 mins ago
Should You Book a Summer Vacation in 2021?
Last year, travel shut down all over due to the COVID-19 pandemic. Now, some consumers are starting to wonder: should you book a vacation for summer 2021? Check out our guide for the factors to consider before you travel.

Blog · Morning Jolt · 28 mins ago
5 Deals You Need to Know Today: Enjoy Supple Skin with this Free Sample
Everybody's working for the weekend, and now? Now it is the weekend: the perfect time to enjoy a free moisturizer sample or browse a clearance sale at Nordstrom Rack. Check out these offers and more in our roundup of the five best deals we found over the last 24 hours.

Blog · Roundups · 2 days ago
How to Get the Best Patio Furniture Deals
From dining sets to fire pits to clearance sales, let the experts at DealNews guide you to the best discount furniture available today.

Over 300 styles are discounted, with prices starting from $19. Shop Now at Nordstrom Rack

You'll save $4 over the price of buying it directly from the manufacturer. Buy Now at Amazon

That's the best price we could find by $30. Buy Now at Walmart

That's a savings of $14 off list price. Buy Now at Wayfair