We came up with a fun way to use the return of House of Cards' to trick yourself into saving money.
BY:
MICHAEL BONEBRIGHT
Former Senior Blog Editor 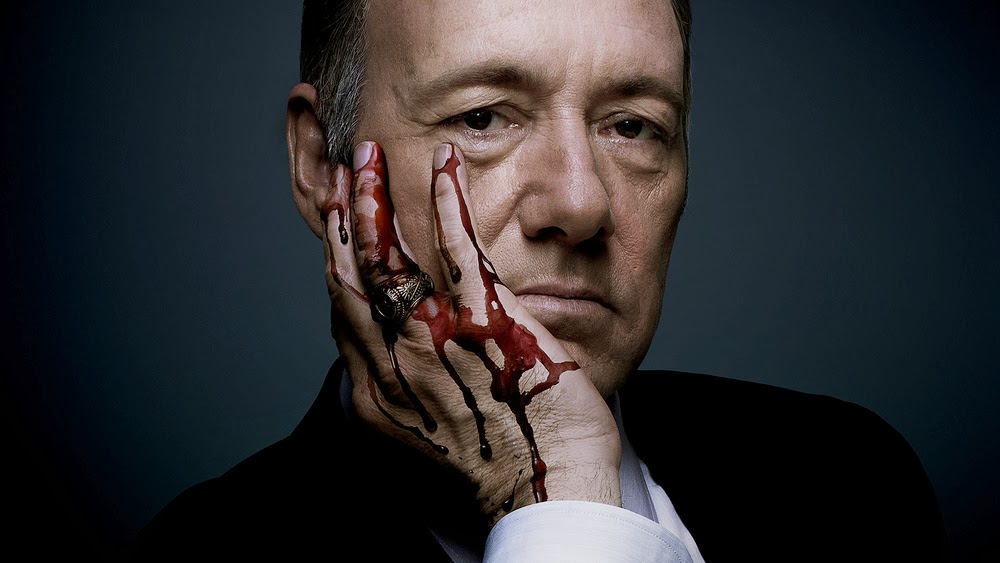 We love House of Cards around here, so in anticipation of the February 14 release of Season 2, we wanted to put together a game everyone could play while binge-watching. Due to the number of episodes in a season, it's probably not safe to play a drinking game, so we came up with a House of Cards saving game instead!

Here's how you play: Grab a Mason jar, bucket, or some other receptacle, and a wad of cash. (Perhaps the money you would have spent on beer and shots?) Fire up Netflix, and get comfy. Whenever one of the events below occurs, put the prescribed amount of money in your jar. Note that many of these events are subjective; we suggest you play with others and argue about whether Claire really made someone feel insecure, or if the President is genuinely baffled. Feel free to adapt the game however you'd like, substituting your currency of choice. Let the games begin!

To test out our game, we used the rules above to calculate how much you could save by watching the Season 2 trailer. With a little creative inference, we've got $37 in our jar already — not bad for a little over two minutes of viewing! Our game can be applied to the first season, too, so feel free to double-up. Be sure to share your House of Cards savings in the comments below. Happy watching!

VIEW ALL
Blog · Morning Jolt · 5 hrs ago
5 Deals You Need to Know Today: Grab an Extra 15% off at eBay
An extra 15% off orders of $25 or more at eBay? Yes, that's the good stuff. Check out this offer and more in our roundup of the five best deals we found over the last 24 hours.
Blog · Buying Guides · 16 hrs ago
6 Simple Ways to Renovate Your Kitchen Through Home Depot
If you're feeling like your house needs a refresh, consider these simple ways to do a Home Depot kitchen renovation. You can update your look and potentially increase your home's value!
Blog · Buying Guides · 4 days ago
What's the Best Time to Buy Big-Ticket Items?
Savvy shoppers are always on the lookout for a great deal, and to help you out, we've put together guides on the best times to buy big-ticket items.
Blog · Buying Guides · 5 days ago
Ask an Expert: When Can I Expect a Price Drop on the TV I Want?
Do you have a question for us experts here at DealNews? If so, submit it and we might just answer it in a future column! Until then, check out our first column, which offers advice to a cost-conscious TV shopper.
Blog · Buying Guides · 5 days ago
59 LGBTQ-Owned Businesses You Can Support This Year
June is Pride Month, so if you're looking for a spate of LGBTQ-owned businesses to support with your wallet, we've got you covered! Check out our guide for 59 shops to check out now, as well as tips on how to find more.

That's the best price we could find by $31. Buy Now at Dell Technologies

Take 40% off with coupon code "40SDEALS". Shop Now at Amazon

You'd pay $12 more for a new one. Apply coupon code "MEMDAY15OFF" to get this deal. Buy Now at eBay

Apply coupon code "LGNDTDEAL5" to make it $30 under our mention from three weeks ago, and a savings of $300. Buy Now at Lenovo

That's a savings of $60 off list. Buy Now at Walmart