Pack your bags and venture to some of our favorite affordable cities in the U.S.
BY:
JOSIE RUBIO
DealNews Contributing Writer 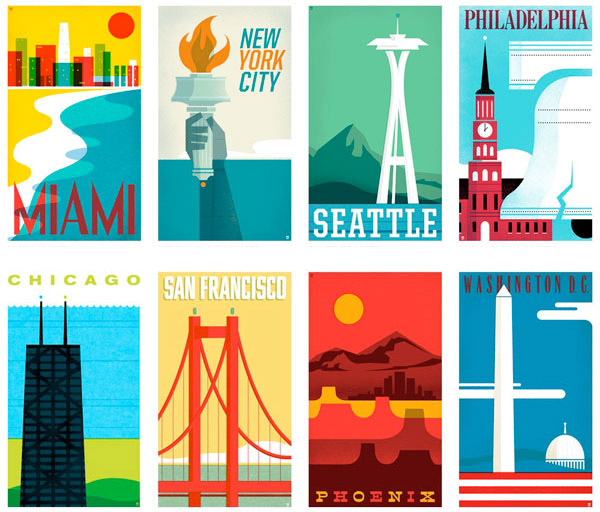 Most of us have a favorite metropolitan vacation destination: a city filled with beloved haunts and fond memories or a place that feels like a home-away-from-home. Perhaps you've left your heart in San Francisco or your dignity in Las Vegas. Or maybe you haven't yet visited New York, Washington DC, or Chicago. Never been out of the country? Head north to Toronto. And if you have had enough of winter, like much of the country, then escape to San Diego, where it's always sunny and warm. Check out these flight and hotel deals to some of the best cities in the U.S. and finally figure out if that Buzzfeed quiz was right about the city in which you should reside.

San Francisco: Hip Without the Hipsters

From the beat poets to the hippies of Haight-Ashbury to the dot-com boom and beyond, San Francisco has always exuded an effortless cool. That goes for the weather too—the bay means that the average temperature doesn't drop below 40 degrees Fahrenheit and doesn't get higher than the low to mid-70s.

Book a stay for two at the Hotel Fusion (from $88 per night, a low by $21; expires March 5), located in Union Square, a shopping and dining destination. Enjoy a complimentary daily breakfast at this contemporary boutique hotel before heading out to explore. Don't miss the historic Fisherman's Wharf, vibrant Chinatown, and the shops of Haight-Ashbury. Cross the iconic Golden Gate Bridge to Sausalito and watch the sunset and the fog roll in.

Had enough of winter? Then escape to sunny San Diego. Book a stay for two at the Best Western Plus Hacienda Hotel (from $86 per night, a low by $7; expires February 28) and enjoy complimentary WiFi along with the temperate climate. Take in the shopping, dining, and nightlife of the Gaslamp Quarter or take a whale-watching expedition cruise. For an active exploration of the city, book a bike tour of the city or take a kayak tour of the La Jolla Sea Caves.

Can't decide what city to visit? Try Las Vegas, which effortlessly rolls several cities rolled into one. Sin City boats a mini Statue of Liberty, Eiffel Tower, and even the Egyptian pyramids. Book a roundtrip Spirit Airlines flight to Las Vegas (from $60, a low by $12; expires March 5) and viva Las Vegas!

Check out a stay for two at The Venetian (from $149 per night, a low by $18; expires March 5) located right on the Las Vegas Strip. This five-diamond resort features gondola rides, Madame Tussaud's Wax Museum, and shows such as Soul2Soul, featuring Faith Hill and Tim McGraw, and Rock of Ages. Las Vegas is a hotspot for restaurant outposts for top chefs, and the Venetian has an impressive and wide array of dining options, including Emeril Lagasse's Delmonico to Thomas Keller's Bouchon.

Unwind after the hustle and bustle of the main strip with a spa and pool day at the Westin Lake Las Vegas (from $109, a low by $76; expires March 31) in nearby Henderson. Choose an 80-minute Moulay massage, an 80-minute Elemental Nature facial, or a 130-minute Caribbean mani-pedi. Then enjoy all-day pool access or take a kayak or pedal boat on the lake.

According to Jay-Z, it's a concrete jungle where dreams or made, while Frank Sinatra says if you can make it there, you can make it anywhere. Both would agree that New York City is one of the best cities in the world. So take advantage of United Airlines' roundtrip fares to New York City (from $148, a low by $30; expires March 5). Then book a stay for two at The Manhattan Club (from $199 per night, a low by $210; expires April 30) in Midtown. This deal also comes with a $100 Restaurant.com gift card, redeemable at a variety of restaurants throughout the city. Just keep in mind that guests must be at least 28 years old to check in to the hotel for this deal.

The Big Apple has something for everyone, whether you want to take in a Broadway production or a comedy show at Upright Citizens Brigade. In addition to the usual tourist spots, such as the Statue of Liberty, Rockefeller Center, the Empire State Building, and Central Park, there are also new places to check out, such as the Highline, a park built on elevated railroad tracks. Plus, there are tours for almost any interest, from Sex and the City to hip-hop to food tours.

Chicago: A Big City & the Best of the Midwest

Chicago offers everything your heart may desire, plus that down-to-earth feeling of the Midwest. Compared to the coasts, the happy hours are longer (they're all day!), the pace is a little less frantic than the East Coast, and the vibe is a little friendlier. Make your vacation home base centrally-located with a stay for two at Hotel Chicago Downtown (from $87 per night, a low by $10; expires March 5), located in the River North neighborhood. This sophisticated and stylish hotel is located within walking distance of shops, restaurants, and attractions, including the adjacent House of Blues. Check out the Skydeck at Willis Tower—which boasts a glass balcony extending from the 103rd floor—and the shopping on the Magnificent Mile. And be sure to sample some of Chicago's cuisine, from the hot dogs and deep-dish pizza to fare from top chefs such as Stephanie Izard and Rick Bayless.

Washington, DC. seems a lot cooler than when we took the obligatory school field trip to the nation's capital. Perhaps it's all the political intrigue of binge-watch shows like Homeland and House of Cards. So head to DC and check out a 2-night stay for two at the Capitol Skyline Hotel (from $132, a low by $33; expires February 28) bundled with in-room WiFi. Located in downtown DC, this hotel has views of the U.S. Capitol and puts you in a great spot for exploring. If you're not plotting revenge like Francis Underwood, you'll have plenty of time to take in the attractions, such as the Smithsonian Institution Museum, White House, the Washington Monument, and the National Gallery of Art. Head to Dupont Circle for restaurants, art galleries, and nightlife, as well as historic homes and interesting architecture.

Toronto: Edgier Than You Think, As Polite As You'd Expect

Toronto's been in the news most recently thanks its mayor, Rob Ford. But the city has a lot more to offer than a public official who smokes crack and injures his groin on a fire hydrant while celebrating a Canadian hockey gold medal victory.

Take advantage of 1-way fares to Toronto from Toronto Escapes (from $82.49, a low by $43; expires March 5) and then indulge in a romantic stay for two at The Old Mill Toronto (from $179 per night, a low by $18; expires November 30). Luxurious accommodations include jetted tubs and all-season fireplaces. Unwind and take in some live music at the hotel's The Home Smith Jazz Bar, and ask about the 100-year-old building's history.

While you're in Toronto, you can also take in a show in the famed Theatre District, explore the vibrant galleries and restaurants of the Distillery District. And if you visit before the NHL season ends, head to a Toronto Maple Leafs game. Just be careful of those fire hydrants!

Whether you'd like to book another hotel other than those mentioned here or are heading to another destination, be sure to check out this 20% off Orbitz coupon at select hotels (expires March 2)!

We hope to have inspired you to revisit one of your favorite cities or explore a potential new one. But if you have another destination in mind, be sure to have a look at our weekly roundup of the best travel deals for additional discounted flights, hotels, and vacation packages.

Blog · Buying Guides · 6 days ago
The 6 Best Things to Buy in March (Plus 3 Things to Wait On)
March might not have the most sales of the year, but you can still find great savings if you shop the right items! Check out our guide on what to buy in March and what to avoid until later.