Online Music Stores: Where We Stand One Year After Lala.com


May marks the 1-year anniversary of the abrupt demise of Apple's cloud-based streaming music service Lala.com. While today we have an abundance of à la carte digital music stores, few of them are capable of giving Apple a run for its money, and even fewer of them have been as game-changing as the now-defunct Lala. So who is at the forefront of the digital music industry and what can we expect to see in the future? We take a look at the major players along with some of our personal favorites. 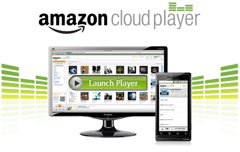 Last month Amazon entered the world of cloud-based music storage with Amazon Cloud Drive and Amazon Cloud Player. The announcement took the tech blogosphere by surprise, especially since rumors were speculating that Google or Apple would be the first to offer a cloud-based music streaming service. Nevertheless, Amazon's announcement has been among the biggest news stories in the online music industry since Apple's purchase of Lala.com in 2009.

The Amazon Cloud Player offers anyone with an Amazon account 5GB of free online storage. Once you've uploaded music to your cloud, you can stream it from any Web-enabled device. (There's even a dedicated Cloud Player app for Android smartphones.) Purchase an album through the Amazon MP3 Store (you can find many MP3 albums for as little as $1) and your digital locker is automatically bumped to 20GB. Additional storage space can also be purchased on a yearly basis. Fans of Amazon's MP3 Store will be glad to know that albums purchased through the Amazon MP3 Store will not count toward your upload limit. That's a smart move by Amazon to entice new customers.

Amazon's Cloud Player is not unique (other services such as Rdio offer cloud-based music streaming), but considering that Amazon offers the best and most frequent MP3 deals for people who prefer to own their music rather than rent, the company's new service has potential for huge success. 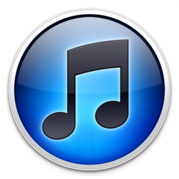 Make no mistake about it, despite Amazon's greatest efforts, Apple's iTunes Music Store remains the 800-lb. gorilla in the world of digital music. In fact, a late 2010 NPD report states that iTunes holds 66% of the digital music market, with Amazon and Walmart tying at 13% each.

However, despite its dominant position, there have been only a few notable iTunes announcements since it shuttered Lala.com. Apple the social network, Ping, which received a lukewarm welcome. It debuted the Beatles' anthology available on iTunes (which Amazon quickly countered with lower prices). And it added 90-second iTunes song previews.

A full year after Lala's demise, iTunes Music Store remains one of the most expensive storefronts for music fans, a sad reality for fans of Lala.com.

7digital
When it comes to price, the magic number for albums at 7digital is $7.77, with many singles coming in at 77 cents. A nice supplement to Amazon's MP3 Store, 7digital offers solid deals on popular MP3 albums. And while Amazon may be getting all the attention for its Cloud Player, 7digital offered its customers a cloud-based digital locker since the store's inception, albeit one that only backed up your 7digital purchases.

The music store has weekly specials (the majority of which are announced via their Twitter feed) and on a few occasions has even out-priced Amazon with their deals.

Subscription-based services
With digital sales stagnant, demand for streaming services like Pandora is on the rise. In fact, subscribers to paid music services are expected to grow from 5.9 million worldwide to 161 million by 2016, says ABI Research. Rdio, Rhapsody and Spotify are just a few of the companies at the forefront of that charge, although the latter has been plagued by numerous launch delays and setbacks in the U.S. 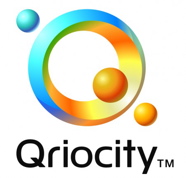 Music streaming is expected to grow so much that even big-name companies like Google are rumored to be launching services of their own. In March, Sony launched its own cloud-based music service, Qriocity, which lets subscribers listen to music from the company's four record labels on a range of Sony devices for $10 a month .

Not to be outdone, Apple is also rumored to be in negotiations with record labels so that iTunes purchases can be easily synched across devices and purchases stored on the Internet.

However, licensing rights for cloud-based digital music services are complex. Many of the launch delays we're seeing are due to the complexity of the subject matter. So even though digital music sales have hit a plateau and there's a real need for something new to boost sales, the record labels have their hands tied. Music fans are pinning their hopes on a company like Google being able to leverage a good deal for consumers, but until such a deal is finalized and confirmed, music lovers are stuck waiting.

What's your pick for the best thing rumored to be coming? Vote below:

An avid gadget lover, Louis Ramirez has covered technology for Gizmodo, CNET, Laptop, and various other publications. Follow him on Twitter — @LouisRamirez. You can also sign up for an email alert for all dealnews features.
DealNews may be compensated by companies mentioned in this article. Please note that, although prices sometimes fluctuate or expire unexpectedly, all products and deals mentioned in this feature were available at the lowest total price we could find at the time of publication (unless otherwise specified).

jamesgriffin
No schmegs, This is quiet a new music store and your telling me that they don't have quality products? Have you ever tried one of this .We don' t have any grounds if we don' t unless we have the evidence.Although I"m using pandora I will try this one first before I say anything else.
April 12, 2011

chucketal
http://RadioIO.com has some good channels, streaming. Free unless you want a higher bit rate. Great modern big band channel. http://Slacker.com, similar to Pandora, is worthwhile. eMusic has expanded their selection tho there are some bit rate issues with some downloads, but they are 33% or so cheaper than iTunes and sometimes even more with some "deals."
April 11, 2011

schmegs
Just a quick comment... it's not that "the record labels have their hands tied," it's the record labels tying the hands of everyone else. All the streaming services have to make deals with each and every label (no matter how small) in order to stream their music. The labels aren't making this easy, and they're making it even more difficult for "cloud services" which let you upload and stream music files you've already bought. The major labels are so backwards & timid with any change in technology. That's why Amazon has launched their cloud service without "licenses." They're hoping to force the labels into the 21st century, even if they have to get a legal declaration by a court to do it...
April 11, 2011

ethanvyce
I've only used Pandora (and Lala before it was sucked into the blackhole) and the music is all old. Everything is at least one year old. I prefer to listen to XM online.
April 11, 2011

That's tied as the lowest price we've seen for this machine. (It's $51 under Cricut's direct price.) Buy Now at Amazon

That's the best price we could find by $9. Buy Now at Amazon