Now Is a Terrible Time to Buy a High-End Kindle

Amazon Prime customers can score a decent discount on current Kindle models right now, but a brand-new high-end model is on the way, and will likely change pricing.
BY:
JULIE RAMHOLD
Senior Staff Writer/Spokesperson 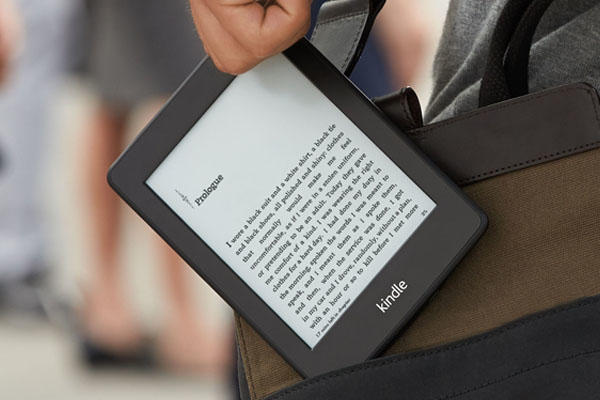 The rumor mill has been churning ever since Jeff Bezos announced on April 4 via Twitter that an "all-new, top of the line" Kindle is coming soon. There are some notable discounts on current Kindles, but with details set to be released next week regarding the new eighth-generation model, you should probably hold off on buying the high-end Kindle Voyage, which may soon be outdated.

The New Kindle Will Be Thinner and Have a Rechargeable Case

Since Bezos' announcement didn't contain any details on the new Kindle, there's only some minor — albeit, consistent — speculation on how it will differ from previous models. The Wall Street Journal reports the new Kindle will be thinner and come with a removable case that can recharge the Kindle as well as protect it.

Amazon is also supposedly working on a separate solar-powered case for the Kindle. However, it's doubtful that it will be officially announced next week.

It Will Likely Replace the Kindle Voyage

Probably due to Bezos' characterization of the new Kindle as "top of the line," many seem to think the latest from Amazon will replace the current Kindle Voyage. The Voyage is the most expensive model, normally selling for $199.

And while the Voyage is currently on sale for $150, it's likely that it will continue to see discounts after it becomes outdated or possibly discontinued. Thus, anyone hoping to buy a higher-end Kindle might as well wait for the new model to be announced, to see if they prefer the latest design or to take advantage of even lower prices in the coming weeks.

If the Kindle Voyage is about to become outdated or even discontinued, you can expect its price tag to drop further in just a few weeks.

But prices on other models are likely to be unaffected, as the new "top of the line" model won't compete with them. Right now, Amazon Prime members can save at least $30 on an existing Kindle model. The basic $80 Kindle is selling for $50, and the $120 Paperwhite is being offered for $90. Prime customers can also save $30 on the Kindle for Kids bundle.

Readers, are you considering a new Kindle? Will you wait for more details on the newest one, or do you prefer to buy one now on sale? Sound off below!

VIEW ALL
Blog · Buying Guides · 22 mins ago
What to Expect From Father's Day Sales in 2022
Father's Day is around the corner, and sales will be in full swing before you know it! Check out our guide on what to expect from Father's Day sales in 2022, including what will be discounted and the savings we should see.
Blog · Morning Jolt · 11 hrs ago
5 Deals You Need to Know Today: Save an Extra 50% off in Levi's Memorial Day Sale
It's an extra 50% off sale styles and 30% off everything else in Levi's Memorial Day hijinks. Check out this offer and more in our roundup of the five best deals we found over the last 24 hours.
Blog · Marketplace · 1 day ago
How to Create Coupons on Amazon
Amazon brought coupons to Seller Central in 2017, but these aren't your grandmother's coupons. Learn how to create coupons on Amazon, and what to know before you do.
Blog · Buying Guides · 1 day ago
6 Simple Ways to Renovate Your Kitchen Through Home Depot
If you're feeling like your house needs a refresh, consider these simple ways to do a Home Depot kitchen renovation. You can update your look and potentially increase your home's value!
Blog · Buying Guides · 5 days ago
What's the Best Time to Buy Big-Ticket Items?
Savvy shoppers are always on the lookout for a great deal, and to help you out, we've put together guides on the best times to buy big-ticket items.