Previously, passengers had to pay $69 per day for unlimited drinks. Is 2016 the year of the cheap booze cruise?
BY:
PAULA BRADLEY
DealNews Contributing Writer 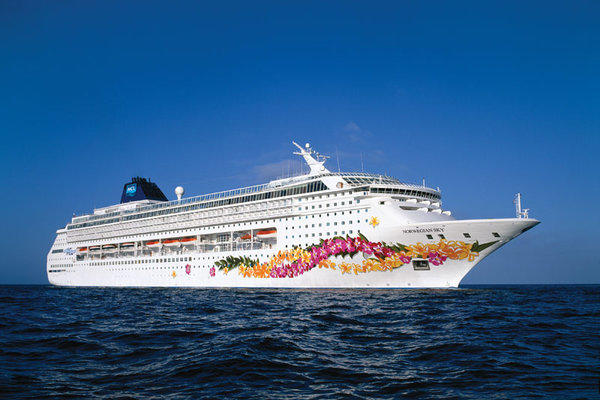 When we read that Norwegian Cruise Lines was adding a free Unlimited Drinks package to all 2016 cruises on their Norwegian Sky ship, we nearly fell off our chairs. In general, cruises are notorious for serving over-priced drinks, and the cost of adding a drinks package is often exorbitant.

So is this new offer from NCL all it's cracked up to be? Here's what we uncovered.

Norwegian Cruise Line is offering a free Unlimited Drinks Package on all 2016 cruises aboard the Norwegian Sky. (Normally, this costs $69 per day.) The Norwegian Sky runs 3- and 4-night cruises from Miami to the Bahamas, stopping typically in Nassau, Grand Bahama Island, and Great Stirrup Cay, NCL's private island.

The unlimited package includes sodas, beer, wine, and premium spirits — aka, the good stuff. Obviously, guests have to be over 21, otherwise the drinks are limited to soft drinks. This package doesn't include tea or coffee, but we think we can make do with a gin and tonic instead.

Typically, drink packages on cruises can add significantly to the cost of your trip. NCL's Ultimate Beverage Package usually costs $69 per person per day, so on a 3-night cruise for two, that would cost $414. On the longer 4-night cruise, you would pay $552. (It's worth noting that neither of these include gratuity.) Considering that cruises usually start from $398 (excluding taxes), the free unlimited package could save you over 50% on what you would otherwise pay for the total trip.

If you aren't much of a drinker, then the savings are less, but still notable. Nine glasses of the cruise line's cheapest wine would have set you back $58.50 not including tip, about 7% of the average cost of a cruise. But since NCL has included this new feature in the cost of a ticket without raising rates, you're still saving, regardless of what or how much you drink.

We think this deal is totally worth it, especially if you were already going to buy a drinks package. To find eligible cruises click here, and don't miss our Editors' Choice pick.

Will you be taking advantage of this high-end booze cruise? Let us know in the comments below.

VIEW ALL
Blog · Morning Jolt · 5 hrs ago
5 Deals You Need to Know Today: Save $20 on Your Next AmazonFresh Shop
QR codes: they look like weird texture tiles from a primitive video game, but this time, they are your passport to grocery savings. Check out this offer and more in our roundup of the five best deals we found over the last 24 hours.
Blog · Buying Guides · 5 hrs ago
The 9 Best Things to Buy in June (And 4 Things to Buy Later)
While June may be a prime time for vacations, it's also a great time to find excellent deals. Check out our guide for what to buy in June and what you should hold off on until later in the year.
Blog · Marketplace · 4 days ago
The 13 Best Products to Sell Online in July 2022
July is a big month for promotions! To give you the best chance at success, we offer suggestions for what to sell online in July 2022, plus go over the major sales opportunities during the month and the items you may want to list later.

Apply coupon code "NNVNH6CV" for a savings of $5. Buy Now at Amazon

Apply coupon code "DP3S78TH" for a savings of $8. Buy Now at Amazon

Clip the $1.50 coupon on select items to get this deal. Most stores charge at least $10 for just one tumbler. Buy Now at Amazon