Don't be fooled by flashy new logos--here are eight examples of rebranding attempts that went awry for a variety of reasons.
BY:
LOU CARLOZO
DealNews Contributing Writer

You might think that something as simple as a company logo or a name wouldn't matter much to consumers. It doesn't necessarily change the product, and everyone knows not to judge a book by it's cover. But consumer loyalty is a funny thing, and it's not to be underestimated when millions of marketing dollars are at stake. The recent backlash against McDonald's "terrifying" new mascot reminds us that rebranding fails are alive and well, even at the most popular brands.

Here are eight examples of rebranding attempts that went awry for a variety of reasons, ranging from unfortunate synonyms to heated public response.

"Here's a case where they tried to create something super edgy and interesting, and everybody hated it," says David Lipkin, the New York-based founder and titled principal of Method, a brand experience company. "The only ones who liked it were the people who were involved in the design."

He's hardly exaggerating. The jagged edges in the logo set people off, and Business Insider reports that an unofficial public poll by the BBC found that 80% of those surveyed gave the logo the lowest ranking possible. It got worse, with some bloggers suggesting that the logo looked like cartoon character Lisa Simpson performing a sexual act.

The one-time America Online worked hard to create a bold new visual look as it prepared to spin off from Time Warner, using dozens of different artsy backdrops that encased the name "Aol." (with a period) in white type. But the critics were not kind.

Fast Company revealed that the firm behind the rebranding was the same one that handled the unpopular London Olympics logo (Wolff Olins). "When they first did it, it was just slapping a new logo on top of an old, tired brand," Lipkin says. "It fell flat, and people said, 'There's no point to this.'" But Lipkin says "now would be a interesting time for a rebrand" for the company, referring to their reinvention as a content curator, including their purchase of the Huffinton Post in 2011.

For decades, the brand RadioShack conjured up images of nerdy guys with pocket protectors singing the praises of resistors and circuit boards. Seeking to update its image and jump into the age of cool 21st Century tech, the company dropped "radio" and rebranded as "The Shack." The 92-year-old electronics store spent nearly all of its $200 million dollar budget on new TV and digital ads to proclaim the arrival of The Shack.

But The Shack didn't stick. As Engadget writer Joshua Topolsky put it, "When you think about it, it makes perfect sense — radios aren't exactly considered cutting edge these days... still, we're not sure 'The Shack' is the right direction... unless they wanted us to immediately picture a remote location where very, very bad things happen."

Here's another case where truncation led to devastation. According to iMediaConnection.com, the change was explained as a better fit within 2009's texting generation.

But the move slid like pepperoni off a greasy pie, and forced big cheeses at the company to backpedal. "We do use 'The Hut' in some of our marketing efforts," admitted Brian Niccol, chief marketing officer of Pizza Hut. "To the loyal fans of Pizza Hut and pizza lovers around the world, we're happy to tell you that nothing is changing, we're still Pizza Hut, America's Favorite Pizza." The Hut just wasn't consumers' favorite name. 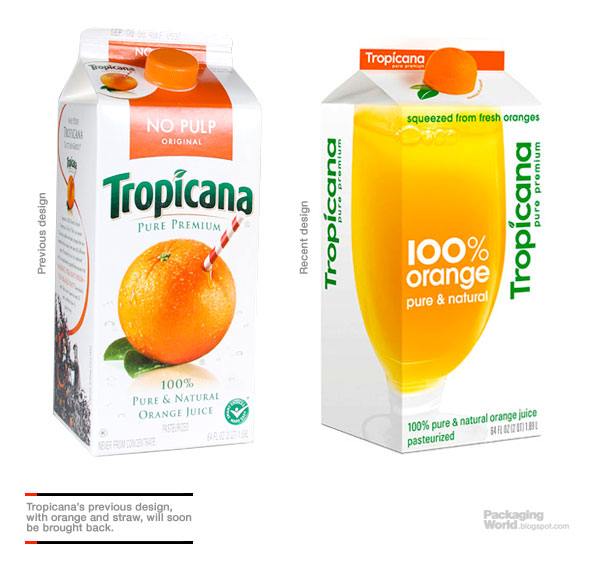 Who knew so many people would have so much affection for a sketch of an orange? Executives at PepsiCo decided that the Tropicana package needed a new look. They just didn't ask if customers agreed.

"They took a well-known, beloved image with the carton — the straw and orange — and did a modern take on it," Lipkin says. "They took off the straw and the orange, but they didn't do any marketing research. People said, 'We loved the old image, we hate the new one, why did you change it?'"

Consumer spoke with their wallets as well, as sales plummeted 20%, according to AdvertisingAge. 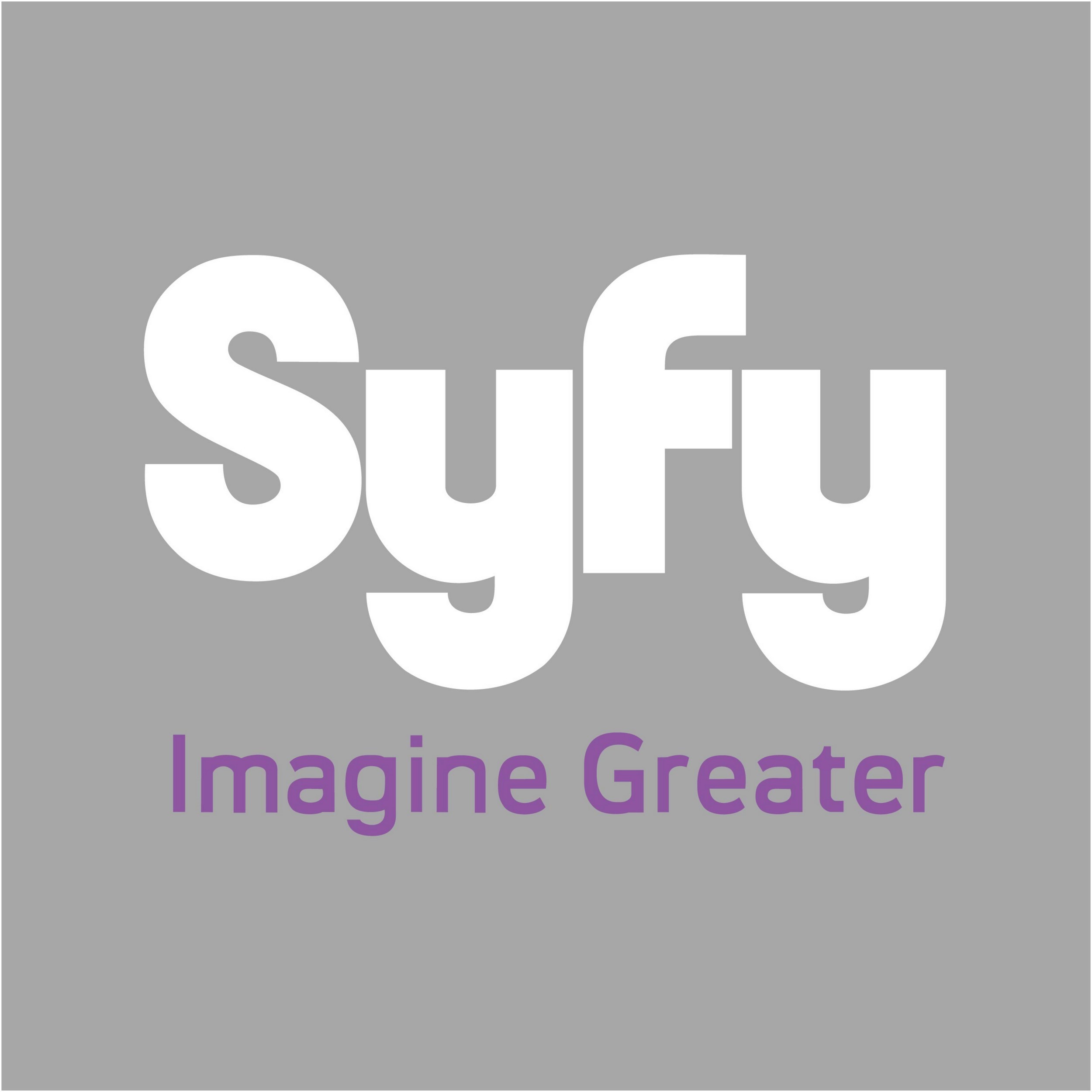 In addition to science fiction and supernatural programming, the SciFi channel broadcasts horror. But imagine the company's horror when it learned that its new, catchier nickname — picked (once again) because tech-savvy young adults found it easier to text — was actually a slang term for syphilis.

Nobody caught anything, thank goodness, except executives at the channel: a major case of embarrassment, that is. 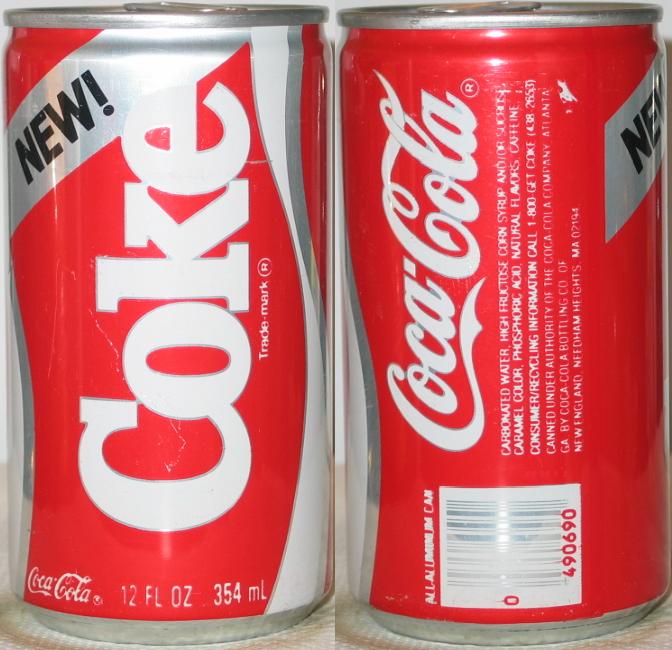 And who can forget this "classic"? George Orwell gave us 1984, the dystopian story of Big Brother. And Coca-Cola gave us New Coke in 1985, the story of perhaps the Biggest Marketing Blunder of the 20th Century.

Introduced on April 23, 1985, the sweeter soda was meant as a challenge to Pepsi, and billed as a bold move by the 99-year-old beverage company. But fans of the old Coke rebelled, sending thousands of letters and 1,500 phone calls a day to the company, while some fans hoarded cases of the old stuff like fine wine. By July 11, "Coca-Cola Classic" was back on supermarket shelves.

Coke has its own take on the event on its website, declaring that the return of Coca-Cola Classic "put the cap on 79 days that revolutionized the soft-drink industry, transformed The Coca-Cola Company and stands today as testimony to the power of taking intelligent risks, even when they don't quite work as intended." Sounds like they know how to spin the bottle, eh?

As Lipkin points out, companies take a huge risk when they rebrand — not just with the image or name being unpopular, but with an increasingly smart public catching on. "Classic brands redrawn with no purpose can be cheesy," he says. "The brand is in the product, and not on it. It's how you change customers' experience with the brand that matters most. People are very savvy with the brand, and if you change just the logo, people will catch onto that and say, 'That's just marketing.'"

He sums it up this way: "You can't take a crappy old car and improve it with a brand new paint job."

beebo18
You forgot the GAP fiasco. Probably only rivaled by the New COKE.
August 22, 2014

weiliwang
@TheOracle - Rakuten is a Japanese name. The closest English pronunciation would be "Rah-Koo-Ten".
May 28, 2014

And @dealguy, before O.co there was the even worse "The O" rebranding. However, "The O" may have worked much better for its sponsorship of the Oakland Coliseum -- I'd rather see a game at "The O" than at "O.co Coliseum."

The Oracle (DealNews)
I still don't know how you are supposed to pronounce "Rakuten" haha I'll just call it "that site that used to be buy.com"
May 27, 2014

Dan de Grandpre (DealNews)
I've got to agree with @pmurray63. It's been about a year and a half, and I'd bet that Rakuten is still a big zero for brand awareness in the United States compared to Buy.com in its heyday.

Although for different reasons, Overstock.com's attempt to make "O.co" into a brand doesn't seem to be working.

pmurray63
How about Rakuten purchasing Buy.com and throwing away the shorter, simpler, established name? Talk about a facepalm.
May 27, 2014

CocaBill
So I've learned that 2009 was a REALLY BAD year for re branding AND that the London Olympic logo actually says 2012 - i swear this is the first time I realized that they were supposed to be numbers, although I now can't get the Lisa Simpson image out of my head.
May 27, 2014

davelevy
Every one has an opinion but I still think SyFy changed it's name for a very simple reason and they list it in its FAQ:
"Although we love the name Sci Fi, because it's a generic term, we can never own it. " Saying that the diference was one letter for texting just seems like wanton clickbait.

New Coke, on the other hand, was a brilliant conspiracy. Keep in mind that after the New Coke "fiasco":
1) Way more publicity in the pre-internet era about the Coca Cola brand that continues anytime someone talks about a disfunctional brand and the "New Coke Fiasco"
2) Total share by Coca Cola was up shortly after and continuing for many years afterwards. Might even continue until today.
3) Coca Cola was able to transition to High Fructose for the base syrup. A huge money savings that has created the Mexi-coke craze in the US over the past few years.
May 26, 2014

dealnews-bglaser (DealNews)
@Greg the Gruesome Shoot, that's what I get for not using an ordered list. Thanks for pointing that out.

And you make good points about what constitutes "rebranding," but I think Coke and the Olympics logo both still apply. They were both efforts to revitalize an old institution through marketing, even if New Coke also changed the actual product.
May 26, 2014

Greg the Gruesome
That logo for the 2012 Olympics wasn't a REbranding if it was the original logo. An even bigger error in this piece is categorizing "new Coke" as a rebranding of Coke. They changed the actual product! And as I recall, they didn't change the brand at all; "new Coke" was just a popular, unofficial term.
May 26, 2014

It's the lowest price we could find by $58. Buy Now at Amazon