Netflix Puts the Kibosh on Qwikster, Goes Back to Original Plan No One Liked 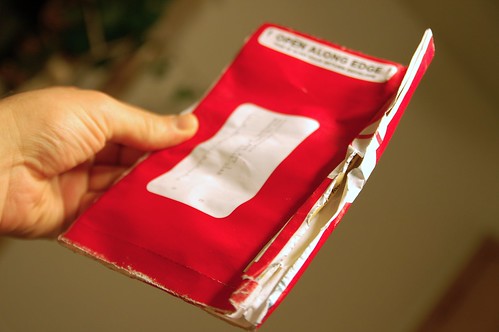 In yet another curious twist to the Netflix saga, the company announced today that it won't be splitting its streaming and DVD services into separate sites, like it had previously proposed just three weeks ago. (So, readers, you can cancel your Qwikster deal email alerts now, because there won't be any.)

Most people seem to think this is a good decision, as it's responsive to the immense user dissent that arose after Qwikster was announced (which included a healthy number of our own readers). The separate service would have complicated the DVD and streaming process, with separate queues and no shared information across accounts.

Netflix spokesman Steve Swasey admitted that the company was "moving too fast" with the site split, and this seems like a fair evaluation. Remember when they created the Qwikster brand, and then didn't bother to check who owns the associated social media names, and suddenly they had to deal with a kid whose profile picture was a drug-toting Elmo? Oh right, that was just three weeks ago. Of course you remember. Anyway, that might support Swasey's theory.

In the end, a whopping 45% of our users said they were going to cancel everything with Netflix — both DVDs and streaming — because of the split, so it's pretty likely that this fix was necessary for the company's survival. And on the plus side, readers, you got what you wanted: We're back to the original movie rental plan you hated!

LonnieMcClure
I had already made the decision to move to streaming only before the plan changes were announced, much less the split, so none of these changes have had any direct impact on me.
October 11, 2011

talkenrain
The whole idea of raising the price up to 60% has put such a negative view of the company they only way to win my subscription back is to bring the pricing back to something reasonable. I'm not sure if I'd go back to the DVD service but some kind of reasonable bundle would still be appealing.
October 11, 2011

moom
Although the price increase was a little steep, I didn't think it was completely unreasonable.   After all, at the previous prices Netflix had been a great bargain -- it just moved to being a reasonable value.    I also used those changes to becoming a DVD-only customer, since we almost never used the streaming service.   I have valued Netflix for its deep catalog, and my current concern is that the DVD customers are being devalued.    I hope that Netflix will continue to support its DVD service.   If Netflix goes under, or drops its DVD service, I doubt anything will develop that will take its place.
October 11, 2011

Lindsay Sakraida (DealNews)
I used to subscribe to Blockbuster too, since you could return to stores and you get regular coupons for free in-store rentals. But then the Blockbuster by me closed, so that was no longer as convenient.
October 11, 2011

Guri1000
It's a little late in my opinion.  Everyone I know canceled when they upped the pricing.  I honestly don't miss it at all.  Wait until Netflix reports earnings for next quarter, I believe it will dwarf this past drop in users.  They really made some stupid moves this year.  Oh well good luck to them, I agree that the golden goose has flown the roost.

I think the real problem with netflix was the attitude that they are right and all their loyal customers should sit down and shut up.  That in and of itself turned off a lot of people, or at least changed their whole perception of the company.

roadtech9
I quit Netflix when they changed to the dual plans. I had been a customer for a couple of years and was tired of changes with out notice. I have dish network and they offer everything netflit offered through Block Buster for only $10 a month. DVD's or Blu-ray dics's sent to your PO Box or street address along with unlimited streaming Also when a mail DVD arrives I can take it to my local block buster and exchange it for a new DVD, which is only a mile away for me. Also no extra charge for blu-ray
October 11, 2011

rholer
I don't use the "streaming" feature, and since the movie owners have now started excluding all the "special features" from "rental" discs, Netflix has become much less valuable for me.  I've never been one to rush out to see movies in theatres, and renting discs from Netflix allowed me to see movies sooner than waiting for them to show up on HBO or Showtime.  But if I'm gonna "rent* a disc and get nothing but the movie itself, then I'll just wait for HBO/Showtime to make them available.
October 11, 2011

jcapuano
If the streaming was a bit more current, then I would continue with both plans. I have the DVD plan right now. Been a Netflix customer since Walmart transfered all it's accounts to Netflix. I had both streaming and disc's for many years. Then the increase came. I didn't like the way we were informed of the increase, and I think those of us who stood by Netflix in the early years should have been "grandfathered" in.

With all the services out there I think Netflix needs to satisfy their customers, not turn them off.

bherenow
I agree with the comments above...I used to recommend Netflix to people. Word of mouth is the best advertising anyone can get.  Now, I don't care...they've jerked their faithful customers around too many times...I'll use Redbox and Blockbuster Express from now on.  I envy the people whose streaming works well...we have Comcast's fastest service, and a well tuned computer with a PCI express video card DEDICATED solely to streaming, and we still get stuttering and freezes...I don't think streaming has been perfected over broadband yet...at least not at Netflix.
October 11, 2011

Jord1016
I voted for "Meh, Im over Netflix" but I really am over DVD's and price hikes.  I cancelled that portion of my service right before the increase.  I hadn't returned and/or received a movie since March 2010 and strictly stream my favorite flix.
October 11, 2011

ba1onypony
livindadream is right....i was one of their first customers and i even tried to spread their business without being rewarded because i thought they had opened a new niche in business that had great potential to users and the business alike. I recommended them to everyone. they should have grandfathered our plan in when they hiked up prices. now they are being greedy and playing around with options and at least we remain unimpressed by them any longer.
October 11, 2011

LivinDaDream
Should have grandfathered all the old users at the old price and system.  Greed heads killed the golden goose.  It will be impossible to get the bailed out rats back on the sinking ship.
October 10, 2011

zenchronus
Why isn't there an option on the poll for "Who the hell cares about the dvd's, I only use the streaming?"

I mean seriously, whenever I got the dvd's they would sit on my tv stand for about two weeks before some sort of gnawing guilt at not getting my money's worth would compel me to watch them and send them back or, about 40% of the time, just send them back without watching.

Netflix has the BEST streaming service around, especially when it comes to tv shows. I am happily shod of the dvd's and am saving money. Works for me!
October 10, 2011

Luke
I have the Netflix service for for a couple of years now and find it to be a good value.  I think every company goes through growing pains and it's good to see Netflix try different ideas to grow.
October 10, 2011

edeibel
They should just merge with RedBox, so with one plan you can stream, get DVD's through the mail, or just drive to a box to pick one up.
In the end I think Netflix will die, and we'll have to have accounts through all different streaming services, as everyone tries to get their hands on our money... but maybe this will lead to a-la-carte TV! (Well, streaming at least)
October 10, 2011