Nest Disabling Revolv: Can We Trust "Lifetime Guarantees" and the Internet of Things? 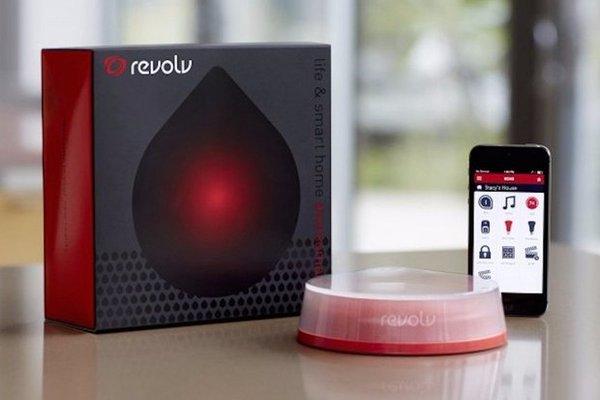 Revolv smart hubs will no longer be supported as of May 15th. Even though subscribers have known this was coming since February, there hasn't been a lot of attention until now, when one author's highly critical piece was published on Medium.

Now that piece has spurred conversations questioning investment in the Internet of Things (or IoT), and prompting Nest to consider compensating users who were early investors in the Revolv hub.

Users are incensed over their $300 hubs no longer working, and not just for the obvious reason of having a bricked device. A large part of the anger stems from shoppers' "lifetime subscriptions" lasting for just two years. Google is trying to lessen the blow by rolling the money that would have supported Revolv into the Works with Nest system.

Works with Nest purportedly links to a variety of smart home devices, from Whirlpool dishwashers to Philips lights. Ultimately though, customers have no way of knowing if all their devices will work together after Revolv goes dark.

Some Alternatives Exist, Users Could Be Compensated

Even the Medium author, outraged as he was at the Revolv's end, admitted he could replace the shortly defunct hardware with something like Samsung's SmartThings hub for "a few hundred dollars." In addition to other purchase options, there's apparently even a way to turn a Nest thermostat into a hub in its own right, thanks to the Works with Nest platform.

SEE ALSO: Are Smart Appliances and Furniture Worth Buying?

Nest has received a substantial amount of recrimination over its decision to deactivate Revolv hubs. However, rather than caving to customer demands and continuing to support a system the company doesn't believe in, Nest is now working with a small number of Revolv customers on a case-by-case basis. It hopes to determine the best resolution for all parties — including compensation. Yet it's not clear whether customers would be refunded the full amount for their hub purchase.

A Cautionary Tale for Lifetime Guarantees, the Internet of Things

The current outcry could possibly have been lessened if Revolv hadn't promised a lifetime subscription to its service in the first place. True, users would undoubtedly still be upset that their hubs were becoming useless after only two years. But this might be more acceptable if they didn't feel they'd been cheated by an unkept promise.

Instead, this situation is turning into a prime example of why shoppers should be informed before investing in new technologies. While the Internet of Things has become more popular, the Revolv fiasco has made some skittish.

With so many devices turning to cloud support, many users are concerned now that it's too easy for companies to pull the plug on products. Understandably, they're reluctant to purchase replacement smart hubs and take that gamble again, only to lose in a couple of years.

Readers, has this situation made you rethink investing in smart technologies? Do you own a Revolv hub, and if so, will you buy a replacement when support ends next month? Sound off in the comments below!

Evil Tom
Considering electronic devices "typically" have a five year lifespan I would be majorly pissed. Everything connected to the cloud is bad for just this reason. We want you to buy something new so we are going to reach in to your home and turn off your hub. Your internet connected refrigerator is a little old so we are throttling it back to protect the battery. I want my smart home to be self contained. No internet servers to get hacked, no accidental leaking of customer info and no wayward manufacturer shutdowns. I buy it and I decide when I shut it down.
December 17, 2018

CharlesAMuller
Bahahahaha..... there are only a few things that last in this new technology- your urge to buy and their urge to find a way to get you to buy it
April 14, 2016

nematoda
@drt1 Worse still are "lifetime warranties" that don't cover "normal wear-and-tear." I had this happen with some blinds I had purchased from JustBlinds.com: after about 2 years, the cord that lifts the blinds frayed to badly that the blinds could not longer be lifted. Believing in the "lifetime warranty" guarantee, I contacted the company only to be told, "Sorry. That's normal wear-and-tear, which is not covered. We'd only cover that if it happened in the first six months."
April 14, 2016

drt1
In our disposable society, we need to get used to the fact that "lifetime guarantee" is for the lifetime of the product, not the user.
April 14, 2016