March Shopping Madness: Which Store is the Champion for Deals?

We're pitting the top 16 vendors for deals against each other and letting you decide who comes out on top.
BY:
LOUIS RAMIREZ
DealNews Contributing Writer 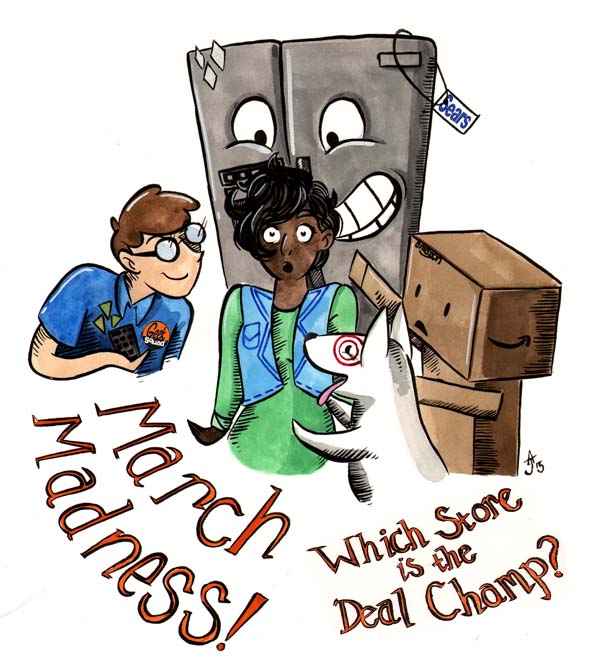 March Madness has officially kicked off, but here at DealNews we're running a different kind of tournament. We've built a bracket of 16 retailers — the 16 vendors who offered the most deals in all of 2014 — and we're letting you decide who advances to the final four. Can Amazon take on Kmart? Will Walmart knock out JCPenney? There are 16 stores, but only eight will move on to the next round for the chance at DealNews glory.

This bracket includes the undisputed cream-of-the-crop retailers for deals in 2014, and behemoths like Amazon, Walmart, Sears, and eBay are unsurprisingly at the top of the list. Joining the veteran teams are the daily deal sites Groupon and Woot, and let's not forget our Cinderella teams Kmart and Rakuten Shopping, both of which just barely made the top 16.

Check out the matchups below, and vote for which of the two stores is the most dominate for deals. Your votes will decide who advances to the next round later this week!

If you're still unsure whether you should buy the DuroMax 10,500W Dual Fuel Hybrid Portable Generator, our partners at generatortools.com cover this model in their roundup.