Your Frugality Final Exam: 6 Ways to Save on Higher Education

College keeps getting more expensive every year. We look into tuition-free schools, alternative scholarships, and more ways to save.
BY:
LOU CARLOZO
DealNews Contributing Writer 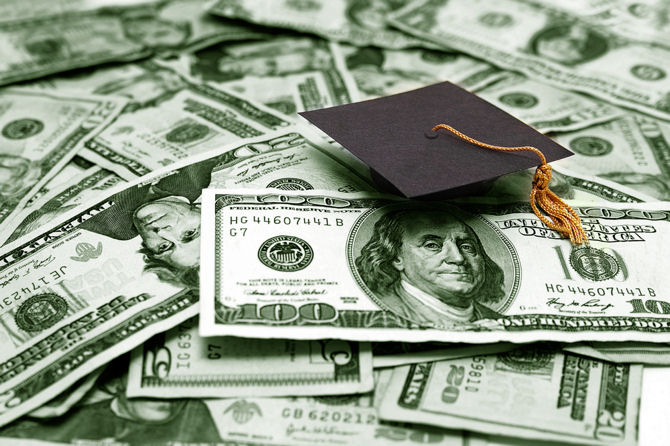 The Wall Street Journal recently reported that the average student loan debt for this year's graduates will pass $35,000, according to an analysis of government data by Mark Kantrowitz, the publisher of Edvisors.com (and a guest source for the tips below).

While the time-tested traditions of living off ramen noodles and leftover pizza help students save money, there's so much more that can be done to make college affordable. And so, get out your pencils and turn to page one of your blue book: Here are six ways to manage college on the cheap.

Zero tuition may sound like an oxymoron on the level of "zero exams." But you can do it, and there are some colleges that don't charge a cent for attendance. As of 2015, students headed to the U.S. Naval, Coast Guard, Air Force, Merchant Marine, and Military academies pay no tuition, provided they serve the country after graduation.

Among liberal arts schools, Kentucky's Berea College is ranked 69th in the nation by U.S. News & World Report. And yes, it doesn't cost a dime, though that privilege also presents a low-wage proposition.

Berea's Student Labor Program requires students to work 10 to 15 hours a week on or near campus. They earn low hourly salaries of roughly $4.65 to $6.80 to pay for room, board, and books — all while carrying a full course load.

Community college may represent one of the best education bargains around. U.S. News reports that roughly two in five students get their tuition and fees fully covered by federal and state grants. Yet at least an additional 30% apparently qualify for the same sort of tuition breaks without getting them.

Could this be you or your pupil at home? It sounds simple, but you have to apply for federal aid in the first place, which many students fail to do. Pell Grants are easy to snag if your overall household income is under $50,000 annually. In California alone, students leave $500 million on the table because they don't bother to apply for Pell grants, U.S. News notes.

While everyone around you shoots for the hoity-toity scholarships where your essay must wax poetic about solving global hunger, you should go searching for lesser-known (and less in demand) scholarships.

Imagine answering this question: "Explore the connection between social anxiety and excessive perspiration." That query is actually part of the application for the SweatBlock "Social Confidence" Scholarship, where a student can win $2,000 from a company that makes an antiperspirant to treat profuse sweating. The relief from that extra cash can help you keep the sweating for your finals.

If your sweat sock odor disqualifies you from the SweatBlock prize, you can always slip the hosiery over your hand and switch to plan B. As the name implies, the $1,000 scholarship offered by the Union Internationale de la Marionnette awards aspiring puppeteers. You must be 18 or older and "have some experience in puppetry or/and a university degree showing an interest in puppetry," the UNIMA-USA website notes. Okey dokey.

Kantrowitz reports that college textbooks will set students back between $600 to $1,200 a year. That's a lot of coin for books that in many cases won't be opened again once the course ends.

Kantrowitz recommends the one-two punch of buying used texts at the beginning of the class term, and selling them at the end. And yes, you can comparison shop at sites such as BigWords and BookFinder. He also offers a neat trick for e-reader users: Download electronic versions of literary classics, which will cost much less than new paperback or hardback copies.

If you're nearing the end of your college courses and freaking out about student loans, you're not alone. It takes many students the full four years before they realize that their monthly payments aren't knocking off any principal. But new solutions are popping up to consolidate loans and cut interest rates with help from your school's alumni as backers.

SoFi has led the way in this regard. "We were horrified by the high rates people were paying for student loans, and 93% of loans are made by the government, so there is very little choice for students out there," says SoFi co-founder Dan Macklin. "It's an underserved market and we wanted to bring a new solution, something that was completely fresh."

It's fresh alright, to the point of also matching students with employment opportunities, especially in the event of job loss. So while private banks might treat you as a loan, SoFi wants its clients to know they're not alone.

As you surf the web for more tips, stick with reputable sources of info (such as U.S. News or Edvisors) and stay away from anyone who wants cash up front for scholarship leads, for example. You may feel discouraged at first, or overwhelmed. But what's the point of facing the challenge if you don't give it the old college try?

India-dealnews
I did a work study program my freshman year in the admissions office of my awesome little university and it saved me a nice little chunk of change. Plus, I got to know even more people that way. I also got a neat little deal for being Methodist since it was a Methodist school.
August 10, 2015

That's $24 under the regular price. Buy Now at Toms

Shop discounts on over thirty styles. Shop Now at Reebok