Laminate samples contained more than the legal limit of the chemical, and a formal federal investigation might be on the way.
BY:
ANGELA COLLEY
DealNews Contributing Writer 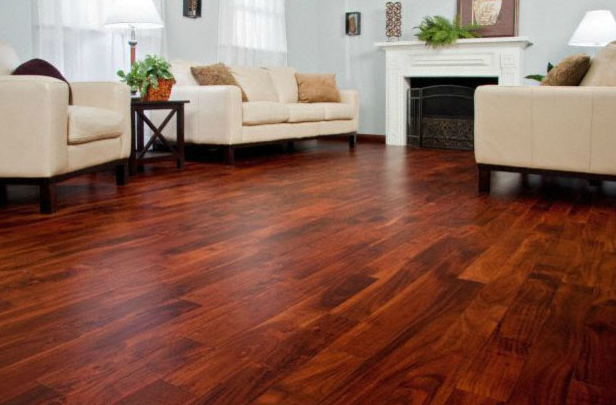 If you've bought flooring from Lumber Liquidators, you may be facing a problem. On a recent episode of 60 Minutes, the news program claimed some of the laminate flooring produced in a China-based factory were intentionally mislabeled and may contain hazardous levels of formaldehyde, a known carcinogen.

The news program's report was particularly damaging on two fronts. During the investigation, 60 Minutes visited factories in China that manufacture laminate flooring for Lumber Liquidators. The factories were found to be non-compliant with California's formaldehyde regulating standards known as CARB 2.

As part of the investigation, CBS News also conducted a study of the laminate flooring sold in the U.S. According to NBC News, "CBS found a single sample out of 31 that came from across the country — Virginia, Florida, Texas, Illinois, and New York — in compliance. Many samples had formaldehyde levels many times over California's legal limit."

While California's regulating standards are currently the highest in the nation, the U.S. Environmental Protection Agency has plans to adopt the same regulations nationwide later in the year.

These attacks are driven by a small group of short-selling investors who are working together for the sole purpose of making money by lowering our stock price. They are using any means to try and scare our customers with inaccurate allegations. Their motives and methods are wrong and we will fight these false attacks on all fronts.

Unfortunately, the hits don't end at a 60 Minutes episode and a stock-dive for the company. According to NBC, CBS received some of the data for the 60 Minutes report from the environmental group Global Community Monitor. That group also filed a lawsuit against Lumber Liquidators after their own testing found high levels of formaldehyde in some of the laminate flooring products.

Whitney Tilson, a hedge fund manager, told The New York Times he'd ordered testing on three pieces of wood himself after having doubts. According to Tilson, the tests found formaldehyde levels two to six times the legal limit in California.

And Wednesday, Florida Senator Bill Nelson asked the Consumer Product Safety Commission, the Centers for Disease Control and Prevention, and the Federal Trade Commission to test the company's flooring sold in the U.S., according to Business Insider.

What Should You Do if You Bought Flooring?

The laminate flooring in question may contain glue that used formaldehyde. Formaldehyde is known to have off-gassing qualities that affect the air quality. It may also pose some serious health risks, including an increased risk of cancer.

As far as removing the product from your home, Denny Larson, executive director of Global Community Monitor, told NBC: "If I had to borrow money to do it, that's what I'd do."

"I wouldn't expose my family to it," he emphasized. However, it is worth noting that no official test on the safety of this flooring has been conducted yet. It might be worth it to wait for such a report.

In the meantime, there are some steps you can take. Global Community Monitor has a list of products that failed the environmental group's testing on their website. Check it out to see if you bought an affected style. And to keep your home safe, use proper ventilation. Opening the windows throughout the house and running the air conditioner will help reduce potential emissions.

DealNews has put a hold on listing Lumber Liquidators products until more concrete information is available about the safety of their wares. We'll keep you informed of any updates as they happen.

pottsgw
Note that this is compared to California regs. I don't know the particular regs that apply to this, but there are many things that CA requires to have warnings based on concentrations that are arbitrarily chosen to be 1,000 (yes, one thousand) times less than federal standards.
March 7, 2015

Techno1
Great. Just installed this product in our Living room / Dining room. I looked on the list but didnt see an exact color match but definitely a bunch of the same series. Not feeling safe regardless.
March 7, 2015

jlazaruis
There are dangerous levels of formaldehyde, as well as mercury and aluminum (which effects are increased more when put together), which weaken, make sick, or kill countless ignorant people, and their poor children, who are constantly being vaccinated, but noone makes a fuss about that! People should boycot doctors who give people that poison also, until they stop giving it out (for free because they're taxing me to pay for it).
March 6, 2015

Lindsay Sakraida (DealNews)
@FresnoMan The 60 Minutes report aired on Sunday, and lawmakers announced their demand for a federal investigation on Wednesday. The comment you're referring to couldn't have been from over a week ago, unless the person was psychic (who knows! maybe!). A deal indeed went up on Tuesday, but after we became aware of the accusations, it was expired, and just a few hours after it went up. We haven't posted anything since then.
March 6, 2015

tdonaghue
"It should be noted that DealNews has put a hold on listing Lumber Liquidators products until more concrete information is available about the safety of their wares. We'll keep you informed of any updates as they happen. "

And this is why I put my trust in Dealnews as one of the most reputable deal-related sites. I've been a Dealnews follower for well over a decade now and appreciate the honest approach taken with the companies, products and services reported on in addition to the vetting that's incorporated into the process.

Shop a range of items, including furniture, decor, kitchen and dining, mattresses, and more. Plus, all orders bag free shipping. Shop Now at Overstock.com