Local Deal Sites for Out of Towners: How to Find the Best Discounts for a Trip


If you're planning a vacation, you've probably already found yourself a great deal on airfare and accommodations. (You read dealnews, after all.) But what about those exhilarating city-specific activities and scrumptious must-eats that make vacationing all the more memorable? With the birth of local deal sites, you can now unearth savings in other areas of your trip.

Several months ago, we laid out the pros and cons to using various local deal sites to discount activities while traveling. Now, we revisit some of those tips, and bring you some advice about strategy, directly from the source.


Plan Ahead with Groupon, Living Social, and the Like 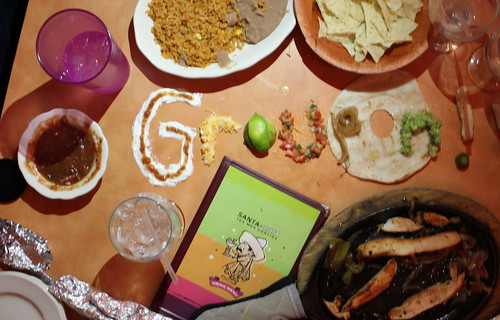 Many people are familiar with the fantastic discounts that local deal sites like Groupon offer, but many neglect to use them while traveling. Usually, the idea comes too late. And according to Julie Anne Mossler at Groupon, a traveler looking to score a local deal should be on the lookout at least a month in advance, to get an idea for the types of deals that are available. (Plus, you just want a greater variety to choose from.)

But it doesn't stop at just domestic locations. Groupon expanded internationally in May of last year and now spouts out daily deals in 43 countries, including Germany, the Netherlands, Spain, and Turkey. Company representatives say that domestic deal hunting for travel purposes has been a growing trend, and international travelers will likely follow suit.

You can sign up for multiple cities to take advantage of local deals while traveling (you'll have to create another account for locations outside of the United States), but if you're concerned about the influx of emails that comes with signing up for multiple daily deal sites, then consider changing your dealnews Local Deals tab. Compiling local deals from entities like Groupon, Living Social, Gilt City, and SocialBuy, the tab will default to your local region. Just switch the preference in advance to give you a jump on what's available.

Both Groupon and Living Social claim to provide non-touristy deals perfect for travelers and city-regulars alike, meaning local staffs scour and filter through to pick the best deals within each city. (Click here to read our review of these sites for specific travel purposes.) Be wary, though, of just using these websites. Tried and true forums like Yelp and regional websites and magazines are good cross-checking sources for travelers wanting to ensure they're seeing the right sights, buying offers in neighborhoods that are relevant to their trip, or getting, for instance, the best cupcake in town as an end-of-day reward.

While Mossler notes the appeal to having a deal site for even the more exotic locales, such as Hong Kong, the caveat is that the site is usually in the native language of the country. In cases like these, making use of Google Translate may come in handy. Groupon Getaways also provides sidebars with complementary deals – hence a getaway in Bangkok would be coupled with, for example, a good deal on tickets to the city's popular local theater.


Finding Offers on the Go 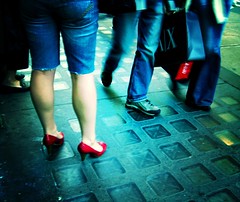 For those already on vacation, Groupon Now! is a real-time alternative that also alleviates the uncertainty of trying to place a deal in your itinerary before you leave. Though it's only available in 25 cities, the mobile app is available for iPhone, Android, and Blackberry and provides deals straight to your phone based on your current location.

Such was the case for Yasmin Ali, who recently visited New York City and used the application to see if there was a nearby deal to satiate her sweet tooth after dinner. "We came across a great crepe place," she said. "It turned out to be great food and a great deal."


Think Before You Buy

Being vigilant, however, is key. Midwest native and successful Groupon traveler Meha Ahmad reminds travelers to read the fine print. "I would recommend, before purchasing a deal, to call the company or business ahead of time to double check the fine print and availability of the deal," she says. "You want to make sure your deal is usable for the time that you'll be in the city."

Since deals get booked fast, it's always a good precautionary measure to call before or as you buy. And with attentive and careful planning, you can end up with an excellent addition to your trip. Ahmad got lucky when planning for a trip to Vegas by finding the perfect activity and scheduling a slot in the nick of time for her very last day.

"Activities like zip lining and ATV riding in the desert sounded amazing, but were a bit out of our price range," she says. "As luck would have it, there was a Groupon for the exact ATV tour I was hoping for! We got 50% off the original price, and were able to pay for four people what we would have paid for two."


Planning for an upcoming trip? Check out the dealnews local deals section to scour for discounts on food, drink, and activities.

Photo credits, from top to bottom: Groupon and moriza via Flickr

Summar Ghias is a freelance writer who attributes her love for big cities to the diverse cultural, artistic, and food-centric experiences that can be had in them. A former assistant editor at Budget Travel, Ghias has freelanced at several other titles including Girlfriend Getaways, Discover, People, In New York, Spinner.com, and AOL Travel, among others.
DealNews may be compensated by companies mentioned in this article. Please note that, although prices sometimes fluctuate or expire unexpectedly, all products and deals mentioned in this feature were available at the lowest total price we could find at the time of publication (unless otherwise specified).

VIEW ALL
Blog · Morning Jolt · 12 hrs ago
5 Deals You Need to Know Today: Open Boxes and Low Price at Woot
Save on laptops, phones, robot vacuums and more, without the hassle of stupid factory-sealed packaging. Check out this offer and more in our roundup of the five best deals we found over the last 24 hours.
Blog · Buying Guides · 1 day ago
The 9 Best Things to Buy in June (And 4 Things to Buy Later)
While June may be a prime time for vacations, it's also a great time to find excellent deals. Check out our guide for what to buy in June and what you should hold off on until later in the year.
Blog · Marketplace · 6 days ago
The 13 Best Products to Sell Online in July 2022
July is a big month for promotions! To give you the best chance at success, we offer suggestions for what to sell online in July 2022, plus go over the major sales opportunities during the month and the items you may want to list later.

That's $30 off and the lowest price it's been. Buy Now at Amazon

Save on a wide range of furniture for the bedroom, living room, dining room, office, and more. Shop Now at 1stopbedrooms

That's $102 off and much less than the slightly longer and faster model at Echelon direct. Buy Now at Walmart

Save on clearance items for babies and toddlers. Shop Now at The Children's Place