Let's Discuss: Does It Freak You Out That Google May Soon Be in Your House? 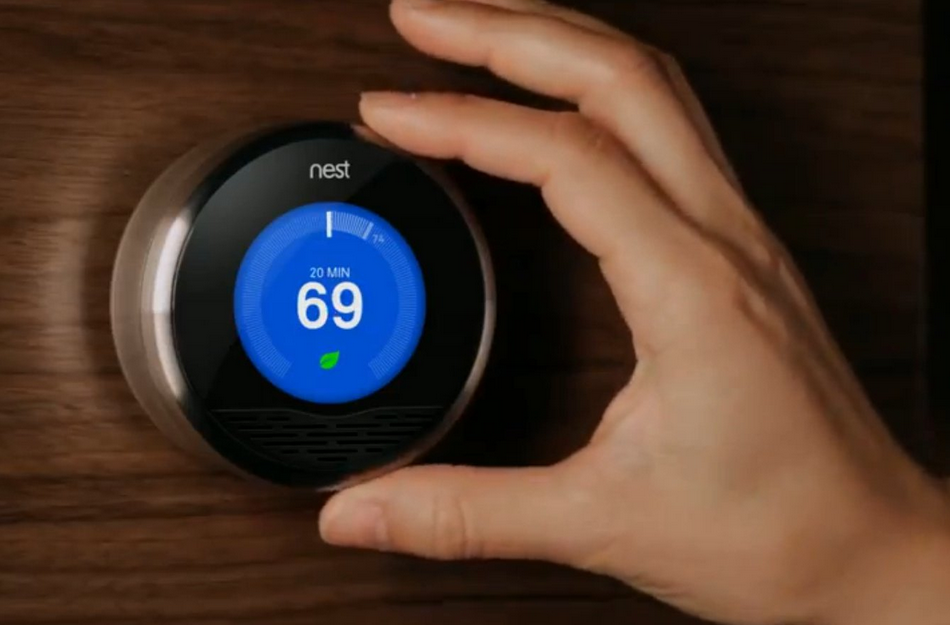 Google has landed itself back in the tech news spotlight with its recent $3.2 billion purchase of Nest, the company that makes "smart" thermostats, which learn to self-adjust a home's temperature to fit an individual's lifestyle, and "smart" fire alarm / carbon dioxide detectors. As with anything that's discussed on the Internet, reactions to this news has been mixed.

Some people have vocally denounced the move, citing privacy concerns. With Nest's ability to know and record when you're most active, as well as when you're home and away, critics fear that Google is going to use such information to some nefarious end. While Gmail and search engine queries are OK, letting Google know when their house is on fire is just a step too far.

For others, the fear is that Google will somehow tamper with an already great product. That said, we're not sure how having the backing of a company that's willing to spend $3.2 billion dollars on a device could be a bad partnership. However, we agree that Google certainly seems to have an agenda, and the search giant will make sure that Nest adheres to it. The hope is that Google's plan just doesn't stray too far from Nest's original direction.

Others Are Optimistic About Smart Home Possibilities

Alternatively, many people are cheering about the acquisition; some believe it could signal the beginning of true (and truly useful) smart home automation. For years, companies have attempted to conquer the home, yet none have made it work. Though a smaller company, Nest has been working slowly towards that end in a piecemeal way — that is, getting one piece right, then moving on to the next instead of taking on the whole hog. With Google's backing, maybe Nest can bring its brand of highly-designed and thoughtful automation to more facets of the home more quickly.

Still others point to Google's recent acquisition of military-grade robotics company Boston Dynamics... and then just shrug and say, "Google's gone crazy." (Personally, we think the two purchases mean that the search giant is working on a robot who will bring us iced tea when we're hot and a blanket when we're cold. We can dream, can't we?!)

Readers, what's your take on this? Why do you think Google's purchased Nest, and does it bother you? Let us know your predictions and opinions in the comments, below!

Greg the Gruesome
WHEN I WAS YOUR AGE WE CHANGED THE TEMPERATURE IN OUR HOUSE BY USING A HIGHLY IMPRECISE ABACUS AND WE LIKED IT!!!
January 17, 2014

Why...aren't you smart enough to control your home thermostat?

jonathan_gleich
Years ago Google had a awesome product called "Google power" that let you monitor power usage in your home with a smart meter, or with a third party product, Google grid was another beta program, for monitoring power usage, and maybe a way to save money. All our homes are becoming smart homes, I would rather live in a smart energy efficient safe home.

vwoom
I can adjust the simpleton thermostat in my home whenever I want. I do not need a techno "nanny", spy contractor, robotics and military contractor morphed "Big Brother" Google to look over me to do just that.
January 16, 2014

thetoolman
George Orwell's 1984 looks like child's play compared to the reality of today. Between Obama's IRS and NSA and today's web titans, our privacy and freedoms have completely vanished.
January 16, 2014

drewb
The creepiness ramps up as Google enriches the data they already have on you, with info gleaned by the Nest. Don't forget that the Nest has occupancy sensor, so it knows when you're home or away, whether you have a pet, perhaps which room you are in, and even if you burned your dinner (via connected smoke alarm). I'm sure there is plenty of other insights they can garner.

Google would not have paid billions for Nest if they didn't have a plan to monetize the data it provides them, and use your personal information to present you with targeted ads.
January 15, 2014

Cilvre
i think everyone freaking out about google in their home needs to calm down, i've had my nest for a year and a half and i'm quite happy with it, i'm looking forward to improved functionality and for google to add features to google now using it so it can tell if i won't be home right away based on google calendar events and leave it on auto away a bit longer.
January 15, 2014

SHJM
Nest did a nice job with their thermostat. At $249, it's not for everyone, but it's aesthetics and functionality are worth the extra cost IMO. The smoke/CO detector needs some improvement in the way of notification. A louder sounder and visual indicating appliance would help. I've been into home automation for 20+ years, and am personally glad to see such a size able investment by Google. I hope this bodes well for future products down the pike. I am less concerned about Google peeking into my windows than I am FB. Google has always fought more for privacy IMO.
January 15, 2014

Snard
I own a competing unit, manufactured by 3M/Filtrete, that I bought before the Nest unit was available. But I only paid $99, and the price of the Nest unit was about twice that, so I probably wouldn't have spent the extra money if they had both been available when I made my purchase.

That said, I do use the internet features of the thermostat. I've used this to bring the temperature back to normal after being away on a trip. It was convenient to turn the A/C back on from my hotel room, and have the house cooled down by the time we returned.

And Google? Well, they already can see my emails, so they know what I buy, how much my gas & electric bill is, and they know what I search for. I'm not too worried if they know what temperature I keep my house. I'm more worried that the NSA probably knows all of this and a lot more.
January 15, 2014

389Philly
I have a Nest thermostat - love it for it's ease of programming and ease of adjustment. Add Google? First inclination is to disconnect it from the internet. The features I use could be managed with programming on a chip and don't need the internet. Interactivity with local utilities is years away in my area. I don't need it to track the weather forecast or current outside conditions. I couldn't care less about comparing my usage patterns with my neighbors. Remote home/away adjustment? I don't use that feature.
January 15, 2014