Last-Minute Father's Day Gifts (They're Better Than Nothing!)

You probably spent months preparing for Mother's Day, right? We all do it. Multiple emails to siblings / our dads so we can coordinate Mother's Day brunch just right. "Where's it going to be?" "Is it too late to get a reservation there?!" "Will they give Mom a free flower?!" "Will she be allergic to the free flower?!" It's all part and parcel of the day.

But when it comes to Father's Day, be honest, we all just assume we're meeting up at home for a bit and that Mom is either going to cook up something quick, or that Dad is going to grill. (Dads love grilling. Fact! Based on what we've seen on TV commercials, at least.)

To that end, you've probably not spent a lot of time thinking about a gift for Pop. (Even though, for weeks we've had our Father's Day Gift Guide available for you to easily, blindly pick something at random from.) Whoops! And now it's almost Sunday, and you find yourself gift-less. What can you do?

We'll tell you what you can do! Choose one of our absolutely last-minute gift ideas from below. It'll be obvious to your old man that you put very little thought into the gift, but "very little" is still better than "none," right?

Fathers, for some reason, are always concerned about gas. We mean petrol. So why not get your dad a gallon of gas? Just stop by the deli on your way to Father's Day dinner and pick up a gallon of milk, then empty it out onto the sidewalk. Then either stop at the gas station and fill 'er up (warning, gasoline may eat through the thin plastic of a milk jug, so be prepared for that fun, flammable experience!) or, better still, wait until you get to your dad's house, then siphon a gallon from his car; it's a free alternative (well, not exactly free — you did pay for the milk). Or you can just buy him a gas card, since they're available almost everywhere these days.

Say It with Flowers
Everyone gets Mom flowers, maybe your dad feels left out? Did you ever think of that? Well, no matter how your Pop feels about flowers, the fact is, there are no lines for them on Father's Day. You won't be fighting against other last-minuters at the florist / deli / supermarket like you would on Mother's Day. Take advantage of that stress-free shopping experience and just get him some bloomin' buds. If it doesn't go over well, laugh uncomfortably and say, "Heh. Yeah. I'm kidding... I actually got you this..." (open your wallet and take out the largest bill you have) "... $5 bill!"

Tell him that what you got him couldn't be wrapped, because it's not a thing but an experience. The trade-off here is that the cheap thing you didn't buy essentially turns into an expensive thing later (that, hopefully, your credit card can handle). But don't leave the "what" up to the last minute. Think ahead. Can you afford a day of golf, next month? Or something grander? You don't want to, at the last minute, blurt out, "Uh... uh... DEEP SEA FISHING ON THE MOON!" Pricey.

Give a Man a Fish...
Is you dad a fisherman? Did it rain the night before Father's Day? Scour your yard / sidewalks for worms and put them in a fancy envelope. ("Manila" is considered fancy, right?) Then tell him that it's some kind of high-end imported bait. Imported from your yard! (Don't say this last bit out loud.) 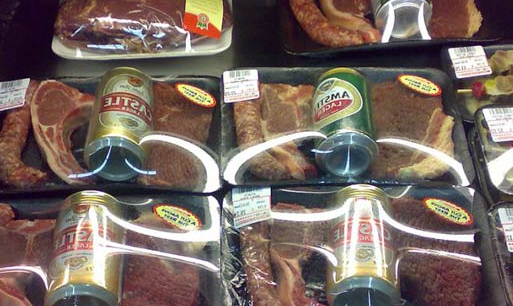 Super Market Sweepings
Dads love to eat steak and drink beer. (As "Home Improvement," "Last Man Standing," and other Tim Allen shows have taught us.) Luckily, both of these things can be found in abundance at your local supermarket. Most caring children have probably already bought out all the steaks in preparation for a planned event on this day, so pickings might be slim. Is a package of stew beef better than a fillet mignon? Certainly not. But beef is beef and fathers cannot be choosers. As for beer: In lieu of a thoughtful gift we're willing to bet that certain dads out there would gladly accept a LOT of thoughtless beer over a little, thoughtful necktie. 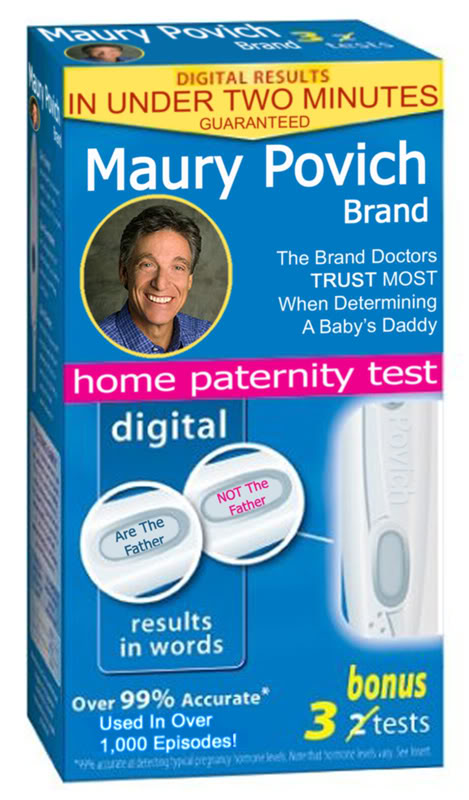 Boldly show up with nothing and tell him that you're not going to celebrate this holiday unless he can prove that you're actually his child. This is only funny if your father is Maury Povich (or any other similar daytime TV show host). If your dad is anyone else, get ready to run from a very angry and offended man who can still, at his age, deliver a whoopin'. (But, if you can outrun him, you've saved money on a gift. Score!)


Opt for any of the above and the worst case scenario is that Dad pulls the "I'm disappointed in you, son" card. Which, they say, makes you feel worse than being yelled at, but, be honest, being yelled at is the worst. (Though we'd never know, as we've never disappointed our Dads — especially not that one time when we got a speeding ticket and Dad said, "Well, it's what I've come to expect from you." Harsh.)

How about we all head off this drama next year by going — right now — and putting a reminder in our Google Calendar, hmmm?

Jeff Somogyi is the dealnews Media Editor. He once made his dad a picture frame out of macaroni and glitter. (The macaroni was cooked.) Read more of his invaluable hints and tips on Twitter or on his blog.

Blog · Roundups · 19 hrs ago
How to Find Deals on Apple iPads
iPads come in a range of sizes and with a variety of features, and our experts here at DealNews can help you find deals on iPads that fit your budget. We'll go over the different iPad models and accessories available. Once you know what to look for, check out the iPad deals and iPad sales our experts have found.

Blog · Roundups · 21 hrs ago
Affordable Gaming Laptops
A budget gaming laptop can provide that portability, and our experts here at DealNews can help you find your ideal device for an affordable price. We'll walk you through the specs you need for your gaming laptop, as well as the kinds of accessories that will take your gaming to new levels. Once you know what to look for, check out the best gaming laptop deals our experts have found below.

Blog · Buying Guides · 22 hrs ago
What to Expect From Target Black Friday Sales in 2020
If you're planning to hit Target for Black Friday 2020, you'll want to make sure your shopping plan doesn't miss the mark. Get ready with our guide to Target Black Friday sales, featuring info on store hours, the top deals, and more.

Blog · Consumer News · 22 hrs ago
How Will COVID-19 Affect Black Friday 2020?
From spread-out sales to fewer in-store deals, we cover the six ways COVID-19 will impact Black Friday. Check out our guide so you'll know what to expect when you shop this year.

That's the lowest shipped price we could find by $6. Buy Now at Amazon

Save $35 off the digital list price. Shop Now at Amazon