Kitchen 101: 2 Chefs Plug Us in to the Best Electric Appliances

The right electric kitchen appliances can help you cook like a pro. Two experts share with us the necessities that any newbie needs.
BY:
LOU CARLOZO
DealNews Contributing Writer 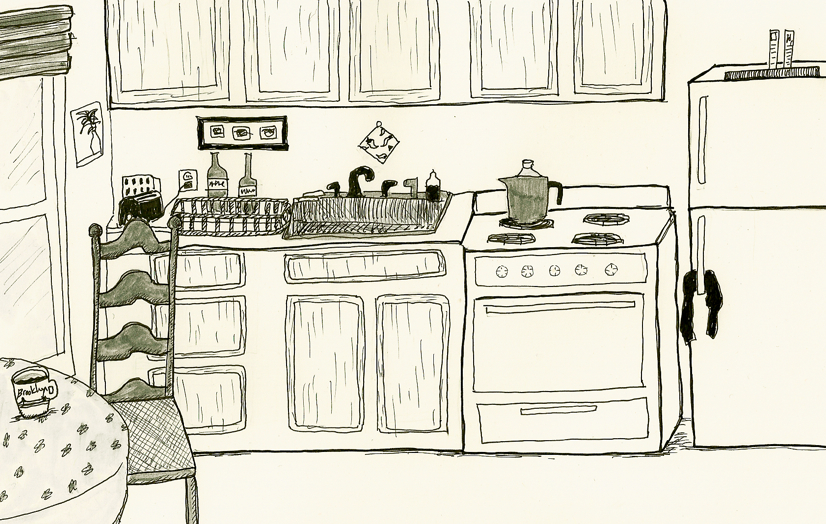 While a great many of us can't afford a top-to-bottom kitchen renovation, we can all take stock of the electric appliances we own, and make some smart buying decisions. Whether you've got a blender that runs on two rusty blades, a toaster that requires constant banging to eject the bread, or a dearth of knowledge on the best tools of the trade, expert advice on how to proceed is at hand. And it's not nearly as elusive as your grandmother's lost stroganoff recipe.

To make the task easy, DealNews sought two renowned chefs to whip up some great ideas for you. Ray Whitlock is Executive Chef for The Georgia Club, a 1,500-acre golf community just east of Atlanta. And Chef Cesar Guevarra is the Owner of Seed To Plate Catering in Los Angeles. Earlier we discussed the seven hand tool must-haves for a newbie cook, and now we're back with advice on how to properly equip your home kitchen —with a stress on quality.

Fall for a Small Food Processor

Vita-Prep by Vitamix gets the vote of both chefs here, but it's not a blender you'll have to look hard to find: They're sold at big-box stores such as Target. "Professionals love to have the VitaPrep in their restaurants and home cooks love having it in their kitchen," Guevarra says. "It also doubles as a juicer or smoothie maker."

Yes, bowl mixers are fab, and Whitlock likes them a lot. But he thinks a hand mixer has lots of versatility. Viking once had a model (since discontinued) so again, it's Cuisinart that consumers should look at. With hand mixers in general, "We've had ours for five years and my wife uses it three times a week," he says. "We have 3- and 4-year-old kids at home so we use it more than a stand-up mixer to make cookies and pancakes. It's quicker, easier to clean — and you can use any kind of bowl as opposed to one bowl with the stand-up mixers."

Ah yes, but stand-up mixers have their uses, too. With multiple attachments, Whitlock acknowledges that you can do a host of wonderful things. And here's what Guevarra says: "It's the one tool a baker cannot do without. It quickly mixes batter and dough, whips cream, and the attachments are an added bonus." They'll also work well for grinding meant, rolling out pasta, and grating cheese. Guevarra recommends KitchenAid mixers, well known for their quality.

A Toast to Toaster Ovens

You might think a toaster oven is a toaster oven, but there's one that Guevarra loves: Breville, which makes three models of its Smart Oven. "This brand is very reliable. Also the pre-programed cooking times and temperature make it easier to properly cook and prepare food." Or if you like your current toaster oven, you could supplement to with a convection oven. "Convection ovens are really nice, and you can do restaurant quality desserts in them," Whitlock says.

A Coffee Grinder, Spiced Up

Coffee grinders, of course, are used to turn beans into java, but Whitlock knows of another creative use. "A fun thing is using a coffee grinder so you can grind spices," he says. "Fresh ground pepper is so much better that the pepper you get in a store. Ground cinnamon is great for desserts." A decent grocery store will carry the raw ingredients you need. "When you grind it yourself, it releases the oils right away — and that releases the flavor. That's one piece of equipment that can change the taste of your food right away."

Now what could a set of speakers possibly have to do with a kitchen? Well, if you take to Guevarra, he'll tell you that mood influences food. "When you're having fun cooking, you can taste it in the food," he says. "Plus, you'll keep your sanity by listening to your favorite hits." So go ahead: Put some salsa in your salsa, or rock in your rolls.

With a nearly limitless selection of kitchen gadgets on the market, Whitlock stresses that there are some items that you really don't need, or may never use. The list includes knife sharpeners, and some other familiar items that may linger in your storage space. "If you go to Goodwill, there are 90 different bread machines, and 50 different George Foreman grills," he says. "You don't need those extra things to make the food I'm talking about. I'd rather make bread the way my grandma did it. It takes you 30 minutes to make it yourself and it's better."

Many of the brands our chefs recommend will cost you more money than the discount brands. But it's here that Whitlock makes a case for such high-end choices: "Go for quality," he advises. "If you don't you'll be replacing these things within a year to two years. So do your research and make wise choices. There are so many off brands and if you buy something twice, you're really paying for the one you wanted in the first place."

Craigsla
Good list but i would definitely leave the blender and toaster oven for last if ever. and that would save you at least $500
July 16, 2014

Al-in-SoCal
Great article - thanks very much for this information!
July 15, 2014