Just Be Glad You Don't Have Celebrity Tax Problems!

Once again, tax day has reared its ugly head. People across the nation are tearing their hair out in frustration over filling out 2012 tax forms. ("Put what amount in box 11b? I don't even own farm equipment!") But you think you have it bad? Here's a list of 10 celebrities who have gotten themselves into a touch of trouble with the I.R.S.

Along with being charged for conspiring to defraud the United States, Snipes was charged with failing to file tax returns for the years 1999 through 2004. Though acquitted of the conspiracy allegations (which sound way cooler than they really are), he was sentenced to three years in prison for failing to file for those five years. He went to prison on December 9, 2010 and was released just the other day, on April 2, 2013. That's two and a half years of his life gone because he couldn't be bothered to download TurboTax. Think of the Blade movies we could have had in that time! What a waste.

The Brooklyn-born son of a barber and a seamstress, Alphonse Gabriel Capone would make his fortune selling alcohol. A philanthropist, he gave back to the community with large donations to charitable causes. Oh, also, he was a murdering gangster. And after years of trying to nail him on prohibition and racketeering violations, the feds finally got him on tax evasion. It was the first and only time that the accountants were the coolest guys in the FBI offices.

This winner of the first season of Survivor was charged and convicted of tax evasion for failing to correctly report his winnings. Though used to surviving hostile environments, he was forced to serve his 51 months in prison without the benefit of an immunity idol.

His preference for being paid in cash for live performances caught the eye of the I.R.S. who, correctly, assumed he was not paying the right amount of taxes. This led to Berry serving a short jail sentence in 1979 (four months) and having to complete 1,000 hours of community service. That service was carried out doing benefit concerts, so it's not like it was hard labor. (Though, we've never tried to "duck walk" for 1,000 hours. It's probably not that easy.)

In 1990, to cover the $16.7 million tax bill that the government handed him, Willie Nelson sold off some of his stuff and wrote a couple of albums. If only all of us could get out from under our tax problems this way. "But, I.R.S., I wrote you this song!" (Holds boom box up outside of the I.R.S.'s window, gets arrested.) 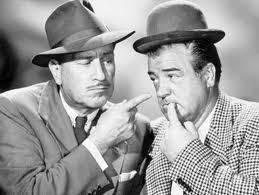 In the 1950s, just as their popularity was on the decline, the I.R.S. came a-knocking and was all, "Who's on first? Your back taxes. No, we don't get it either, we're the humorless I.R.S." To cover the costs, both of them were forced to sell off most of their assets: their homes, rights to some of their movies, and rights to their television show. It's ironic that the one "big taxes" story that we have about a pair of comedians is the least funny of the bunch.

Turns out that asking contractors (who are renovating your vacation home) to lie on the invoices — and then reward them by not paying them at all — will lead to suspicions over all your financial dealings. Such was the case with the Helmsleys. Since her husband was deemed unfit to stand trial, Leona was the one convicted on counts of conspiracy to defraud the United States, tax evasion, filing false tax returns, and other charges. It didn't help that her housekeeper testified that she overheard Leona say, "We don't pay taxes. Only the little people pay taxes" — now that's how you endear yourself to a jury! She was sent to prison on April 15, 1992 (ironically tax day) but would only serve 19 months of a 16 year sentence, plus two months of house arrest.

The I.R.S. would very much like Nic Cage to pay the $6.2 million in federal income tax that he owes them on purchases made in 2007. How do you wind up owing the government over $6 million? A "shopping spree" in which you purchase three additional homes (including the "LaLaurie House," an infamously haunted house in Louisiana), 22 automobiles, jewelry, artwork, and "exotic items." One of these "exotic items" was the skull of a Tarbosaurus (a dinosaur), which Cage paid $276,000 for. To pay off part of this debt, Cage sold his Action Comics #1 at auction for $2.16 million.

We suppose the lesson here is that we should all take comfort in the fact that we don't have the tax problems of the rich and famous. But honestly, forget that! We want a dinosaur skull!

Jeff Somogyi is the dealnews Media Editor. If he gets audited over this article, he's gonna be miffed. See more of his taxing thoughts on Google+, Twitter or on his comic book blog.

Save on everything from power tools to work-out gear to clothing and more. Shop Now at Woot! An Amazon Company

New
Ends Today
Amazon · 1 hr ago
Rowenta Irons, Steamers and Fans at Amazon
up to 57% off
free shipping w/ Prime

Save on a wide variety of tools and tool kits in new, open-box, and refurbished conditions - to suit all budgets. Shop Now at eBay