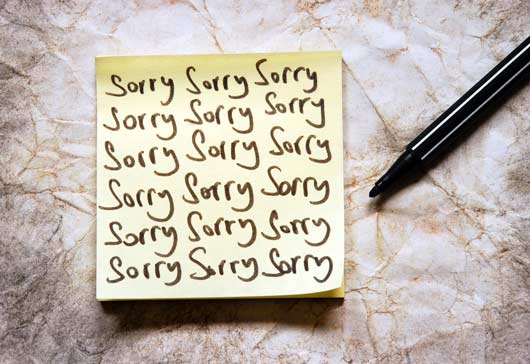 Intuit has been having an awful month.

The company made some unpopular changes to its tax return software this year, which has resulted in a customer backlash that has dropped 2014 TurboTax Deluxe software to a meager 2-star rating on Amazon. Intuit has scrambled to make good with users though, and in a final bid to win back unhappy customers, it's now offering a freebie — for some of us.

But what exactly has made everyone so upset, and how do you know if you qualify for the promotion?

Users Had to Pay for Access to Certain Forms

For users who filed their 2013 returns using TurboTax Deluxe software, schedule C, D, and E tax forms were included with the price. This year, however, Intuit removed these forms for 2014 returns using Deluxe, placing them in the more expensive TurboTax Premier or TurboTax Home & Business software tiers. The company also removed schedule A forms from TurboTax Basic, placing them in Deluxe.

This change doesn't negatively affect everyone, however. These attachments to the Form 1040 Tax Return are used to report income and expenses for self-employed individuals (Schedule C), to compute capital gains and losses (Schedule D), and to report income and expenses from rental property, trusts, or estates (Schedule E). Schedule A is used for itemized returns, as opposed to claiming the standardized deduction. If these don't apply to you, then you might not take issue with this year's software. However, customers who do need these forms were thus required to pay extra money to upgrade their software before filing, an unwelcome surprise for those who had used the Deluxe software successfully in the past.

Reeling from the bad publicity, Intuit responded last week, offering a $25 rebate to customers who were forced to upgrade. But this didn't calm the anger that many felt, particularly because the cost of upgrading for some customers was much greater than what was offered with the rebate.

For example, customers who needed the Schedule C tax forms had to upgrade to the Home & Business version and may have paid up to an additional $40. Intuit did temporarily cut the prices on these products, allowing some users to make money from the rebate, but this didn't last; users upgrading today would lose out by $5 after the rebate if upgrading to Premier, or $10 if upgrading to Home & Business. Many were also unhappy because claiming the rebate required customers to complete their taxes and e-file before applying.

Competitor H&R Block took advantage of the situation and offered its own deluxe software — including the missing forms — for free to disgruntled TurboTax customers who email SwitchToBlock@hrblock.com with their name, address, phone number, operating system, and proof of purchase for TurboTax Deluxe or Basic for 2014, such as a photo of a receipt for the software.

The continuing negative response from customers — and the aggressive move by a competitor — has spurred Intuit to greater action. The company has now announced that customers will also be allowed to upgrade from within TurboTax Deluxe for free, allowing them access to the removed forms.

This isn't available yet, but Intuit CEO Brad Smith said in a YouTube video that the company is moving quickly and will notify customers as soon as the change is live. (The $25 rebate is still available until April 20 for customers who have already upgraded.) He further stated that next year's Deluxe software will include the absent forms.

But not everyone is eligible for these promotions. Both the free upgrade and the rebate from Intuit are only available to existing TurboTax customers who used TurboTax Deluxe to file their 2013 tax returns. New (but unhappy) TurboTax customers are thus better off turning to H&R Block's freebie offer.

Readers, how do you file your taxes? If you're an irritated TurboTax customer, are you planning to switch to a competitor product, or have Intuit's efforts convinced you to stay? Sound off in the comments below!

randytowne
I am a long time Turbotax customer (20+ years), but no longer.
I switched to H&R block this year.

My advice to Turbotax is this. Stop getting your marketing ideas from Peter Carroll. What a bonehead move.

invenio
This year I bought the H&R deluxe + state for $22 from Newegg (I found it here on dealnews). With such a low cost I wouldn't want to hassle with rebates. Unless H&R is some how significantly worse than turbotax, I probably will just stick with them from now on.
February 3, 2015

Lindsay Sakraida (DealNews)
@annette You're referring to the rebate offer, which was the initial attempt to appease customers. Intuit announced a free upgrade in the software itself, it's not a rebate because you won't be paying for it first.
February 2, 2015

Twig
I posted a Deal News comment about this bait and switch about 5-6 weeks ago when I found out. Plain devious. Unfortunately my "Intuit-ion" tells me "NO REBATE FOR YOU"!

I reluctantly purchased Premier after using Deluxe for 10+ years because I retired this year and had stock transactions, etc. related to it.

Running this year's numbers in TT Deluxe 2013 to ballpark my taxes and plan for this year made having to buy Premier equally galling. Using 2013 the process was simple.

I'm glad I got the info about the "missing forms, etc." before an angry purchase and upgrade dance.

As a long time customer of TT and Quicken products I still feel betrayed having to do it.
February 1, 2015

pmurray63
Translation: Oops, we thought we could get away with this gouging. Yet another example of how Intuit treats its customers.
February 1, 2015

mirrormirror
I left a while back when Intuit started pulling this sort of BS--nickel and diming people, forcing them to "upgrade" for the same functionality as prior software and auto-renewals only listed in the fine print. I am glad I did because they haven't changed a bit.

If you want a text book of how to drive away loyal customers, just follow Intuit's playbook. As a friend once said, "they're jumping over dollars to grab nickels and dimes."
February 1, 2015

kepstein
I posted a note on Brad Smith's (Intuit's CEO) LinkedIn page at 5:00 AM Eastern Time on Saturday morning, and received a call from a very pleasant and apologetic service representative at 9:00 AM ET. She confirmed my account information and issued a refund of the Premier upgrade charge. Intuit messed up and knows it, and is trying hard to make it right by their loyal customers. Try getting other silicon valley companies to admit a mistake and correct it and see how that goes for you . . .
February 1, 2015

Gordie
I'd been using TurboTax since the mid 90's. This year, in addition to having my own consulting business (schedule C) I also entered into a partnership (K-1, 1065). I went to Costco with their discounted prices and and realized that filing taxes with TurboTax was going to cost over $200 to file all of my taxes -- I was going to have to purchase the two most expensive TurboTax packages even though overall, I have a relatively simple consulting business and relatively simple partnership.... I read a bunch of reviews and am now using TaxAct. Total cost will be under $90. I just always used TurboTax, but no more. The people who will benefit from the TurboTax debacle will be TaxAct & H&R Block.
February 1, 2015

pbarbier
I need the schedule C, D feature, but fortunately heard about the limited version of deluxe before purchasing turbo tax this year. I bought h&r block instead, on sale at Newegg. I've been using turbotax for years, & don't think I'll go back.
January 31, 2015

tboynew
Used Turbo for about 15 years, but this was the last straw. TaxAct, with all the necessary forms, with e-filing, with a state, $20. It's not as slick an interface but it's really the same thing, so why pay $80 or $100 or whatever Intuit is charging.

Our salaries are going up 1-2 percent a year, so please understand if we're going to just swallow a 60% price increase.
January 31, 2015

squadrocket
I did exactly what oxnardprof did. I didn't need that feature but I refuse to use their product when they intentionally gouge people. 9 years of turbotax use--good bye.
January 31, 2015

bitinerant
Correction: "and to report income and expenses from rental property, trusts, or estates (Schedule D)" is Schedule E, not D
January 31, 2015

oxnardprof
I heard about the limited version of deluxe before purchasing turbo tax this year. I bought h&r block instead, on sale at Amazon. I may not go back to turbo tax after using them for perhaps 20 years. I don't think I can trust them.
January 31, 2015

just me
I usually buy Premier anyway but the fact that State isn't included and all that, this recent "oops" made me read the comments and note that competitor(s) offer more for a lot less - and with seamless transition from existing (or now past) TT users. Yes - someone will get fired over in Intuit as this will cost them millions... and I assisted because I'm moving away as well. In marketing terms, they just made the biggest mistake to heart-loyals, and it'll take them a very long time to regain the lost market share.
January 30, 2015

vencap2000
I have been a TT Deluxe user for the last 6 years and typically pay about $40 for the software. I did purchase the 2014 Premier for $65 (I had some stock sold automatically due to a corporate acquisition) so will apply for the $25 rebate once I file. Because I take advantage of the refund bonus (you can allocate part of your Federal refund towards an Amazon e-gift card and get a 10% bonus), it's still worthwhile for me to continue using TT; however, if this wasn't available, I would probably make the switch. TT has done this bait-and-switch before and has always gone back to giving the customers what they wanted. This year, I think the damage is already done and many users are simply fed up.
January 30, 2015