In-App Purchases on Free Games: A Necessary Evil, But Few People Are Paying

In-app purchases are helping to make some app developers rich, but a new study shows that the vast majority of mobile gamers don't spend a lot on these microtransactions.
BY:
MICHAEL BONEBRIGHT
Former Senior Blog Editor 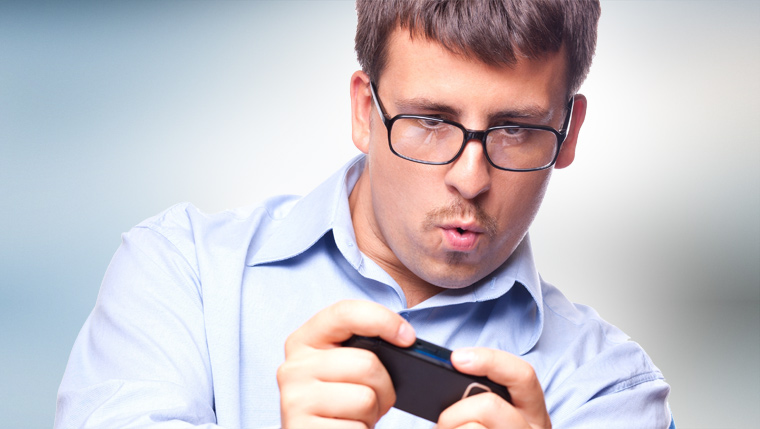 The app markets are filled with so-called "free-to-play" or "freemium" games, and it's no wonder: the most popular free games, like Candy Crush Saga, can rake in millions of dollars per day. These apps generally make money through a combination of advertising and in-app purchases, in which players are encouraged to pay for items to improve their gaming experience.

However, a recent survey from analytics and app marketing firm Swrve found that most people aren't spending all that much on in-app purchases. Instead, "about 0.15% of mobile gamers contribute 50% of all of the in-app purchases generated in free-to-play games," VentureBeat reported. In truth, these microtransactions seem to drive most gamers crazy. So why do game developers keep including in-app purchases, if only a small number of gamers are spending a lot on them? Are we stuck with microtransactions forever, or is there another way? Read on as we take a hard look at this trend in mobile gaming.

Ask a gamer what they think of microtransactions in freemium games, and you'll probably hear a tirade. Citing EA's Dungeon Keeper game, in which players can pay to have minions dig holes faster, blogger Thomas Baekdal said in-app purchases are hurting gamers: "What EA has done here has nothing to do with gaming, and the same is true for pretty much all other 'free-to-play + in-app purchase' games. We don't have a mobile gaming industry anymore. We have a mobile scamming industry."

It's worth noting that so-called "real" game studios aren't immune to the lure of microtransactions, either. Big name game studios have come under fire recently for walling off sections of release-day game content behind DLC, as well as including in-game microtransactions. The Xbox One's launch line-up includes a ton of microtransaction content, and Microsoft Studios chief Phil Spencer said they'll be watching closely to see if gamers actually bite on these extras. "And if fans don't like a micropayment? Don't buy it. Spencer said that he's making sure that all of the Xbox One game includes feedback mechanisms that allow Microsoft to closely track what gamers buy," Kotaku reported.

Interestingly, the Swrve survey mentioned above showed that the cash cow mobile gamers may be losing patience with in-app purchases, too. "Only 1.5% of active players surveyed in January actually made a purchase in that month," according to VentureBeat. If interest in microtransactions is waning, then it might be time to look at the alternative. 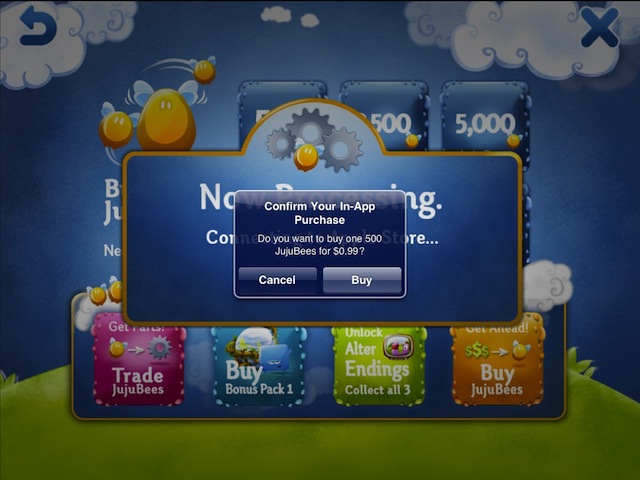 We Want Free Games, and That's a Bad Thing

It's clear that in-app purchases are an evil in mobile gaming right now, but are they a necessary evil? Some industry experts say yes. Why? Because mobile gamers want free games. Flurry, a mobile advertising analytics firm, found that 90% of all the iOS apps in use in 2013 were free. The firm found that Android users were even less likely to pay, with the average price paid for an Android app coming to just six cents.

To recover the cost of developing an app without using ads or in-app purchases, most devs face a vicious cycle where they must raise the price to the point that no one will buy the app. As the blogger at Sealed Abstract explains, "You see all sorts of people who would 'gladly spend' $5 or $10 for some game. Very few people are thinking about $40, $60, or $80. That is the kind of pricing it would actually take."

The Future of Free-to-Play Games

Gamers aren't the only ones questioning the ethics of free-to-play games these days. In January, Apple reached a settlement with the Federal Trade Commission that forced the company to refund at least $32 million to parents. Kids were making millions of dollars worth of in-app purchases because parents didn't have to enter their Apple password for each microtransaction. According to CNN Money, "one consumer complained to the FTC that her daughter had spent $2,600 in the app Tap Pet Hotel."

This week, Apple and Google will speak to the EU's European Commission about in-app purchases in freemium games. According to CNET, "the EC will specifically assert that free games 'should not mislead consumers about the true costs' and 'not contain direct exhortations to children to buy items.'" While no direct action has yet been taken to regulate free-to-play games, it's clear that governments in the US and abroad are beginning to pay more attention to these apps.

Whether you're a developer arguing in favor of in-app purchases or a gamer crying foul, there's no denying that these microtransactions are still a profitable part of the mobile gaming market. While 0.15% of gamers might be delivering 50% of the revenue, the other 50% of in-app purchase money is coming from gamers who only buy a few things in these purportedly free games. Developers are not making these apps out of the goodness of their hearts, and there's obviously a huge market for free games. The profits will have to come from somewhere, which means we're stuck with in-app purchases — for now.

Of course, if you're tired of trading your cash for pixels, you can get the best deals on actual goods and services on your phone with the DealNews app for iOS or Android.

nagol68
I have made apps. The only way for there to be free games is for ads or in app purchases. Other wise there would not be a point of making the app! What would you rather, getting to play a part of the game THEN pay the dollar or whatever it may be or paying first with no idea if you will like the app? In app purchases on a FREE game is the same (or better in some cases) then a paid app with a free trial. And for the Facebook integration in apps, it is for two things. One is free advertising. You play the game, your friends see you play, and they try it. And number two is because people (myself included) enjoy playing games and competing with friends. And what is there to not like about that? Facebook allows you to skip app permissions. Don't want it to post to your timeline? No problem. Don't give them permission. These are some of the things that make the app market go round. There are things like this in every different market in the world. These developers spend their time making apps for you to enjoy. But they need money. They rely on others to pay money to get more in the app. Most apps are only 99. It's not the end of the world. And if its an Indy developer, they you are supporting a good cause. Not a huge business.
March 2, 2014

chrisbrendel
Add to that, there are apps that now have monthly subscriptions to access all the paid content. I'm a teacher that utilizes iPad apps heavily, and have noticed a trend with content generating apps, such as AutoRap, that no longer allow you to buy additional songs, instead you have to maintain a subscription in order to access them. Subscription expires? So does your access. Frustrating to no end.
February 28, 2014

Hadoukin
Yeah, I automatically skip over any app - game or otherwise - that requires Facebook.
February 28, 2014

wlau89
Worse are games you have to pay to play and then have additional in app purchases. I would not pay for in app purchases unless it was really worth it.
February 27, 2014

VIEW ALL
Blog · Buying Guides · 16 hrs ago
What's the Best Time to Buy Big-Ticket Items?
Savvy shoppers are always on the lookout for a great deal, and to help you out, we've put together guides on the best times to buy big-ticket items.
Blog · Morning Jolt · 18 hrs ago
5 Deals You Need to Know Today: The Macy's Ultimate Shopping Event Extravaganza
Macy's has arrived with its self-proclaimed Ultimate Shopping Event just in time for the weekend. Check out this offer and more in our roundup of the five best deals we found over the last 24 hours.
Blog · Buying Guides · 2 days ago
Ask an Expert: When Can I Expect a Price Drop on the TV I Want?
Do you have a question for us experts here at DealNews? If so, submit it and we might just answer it in a future column! Until then, check out our first column, which offers advice to a cost-conscious TV shopper.
Blog · Buying Guides · 2 days ago
59 LGBTQ-Owned Businesses You Can Support This Year
June is Pride Month, so if you're looking for a spate of LGBTQ-owned businesses to support with your wallet, we've got you covered! Check out our guide for 59 shops to check out now, as well as tips on how to find more.
Blog · Buying Guides · 4 days ago
The 9 Best Things to Buy in June (And 4 Things to Buy Later)
While June may be a prime time for vacations, it's also a great time to find excellent deals. Check out our guide for what to buy in June and what you should hold off on until later in the year.