How to Keep Your Data Safe From Hacking in the Cloud 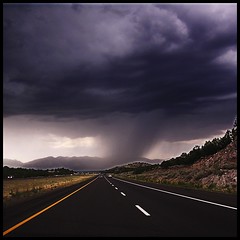 With Apple's recent iCloud announcement, the already burgeoning world of cloud computing got more crowded and picked up an an added measure of cool.

So, as a consumer who wants to be hip and cool and take advantage of technology, where does that leave you? And given all the recent data breaches from a broad collection of very high-profile companies, including Sony and another from Citi just today, should you entrust your data to a cloud, whether it's Apple's, Microsoft's or Google's?

Since Apple's offering isn't even available yet, it's too soon to compare the collection, but Graham Cluley, one of the most prominent Internet safety experts, offered dealnews some insight into how to view the cloud services and protect your information.

"Consumers need to remember that their data is only as safe as the guards they put in place to protect it," says Cluley, senior technology consultant for the security firm Sophos. "So, some of these cloud-based services may have very good security to fend off hackers — but if you are using an easy-to-guess or simple-to-crack password then you might as well be defending your data with tissue paper."

While some recent hacks and security vulnerabilities have been exposed, Cluley said more often user error is the big problem.

"It comes down to a question of balance," he says. "Do you think you can do a better job of securing your data on your own computer than sharing it with a third party on their website?"

The cloud, he explains, clearly will have more appeal to consumers than to businesses — particularly given the recent high-profile breaches. But even home users, he cautions, could be frightened of this third-party storage because of the how much attention the breaches have gotten.

"The more headlines we read about embarrassing hacks and data losses, the more users will lose confidence in trusting a third party to look after their data," he says.

His suggestion if you are going to make use of the clouds for data storage: encryption.

"Of course, if you securely encrypt your data before you share it with a third party, you are ensuring that even if hackers do manage to break in, they won't be able to do anything with your data as it will appear to be gobbledygook," he says.

Alternatively, if you only put up data — such as music — that you wouldn't be hurt by if it came into someone else's hands, there's far less at stake.

In the event you are affected by a breach, here's some guidance for how to handle the situation.

Mitch Lipka is an investigative journalist for consumer issues who formerly wrote for WalletPop.com, Consumer Reports, thePhiladelphia Inquirer and the Fort Lauderdale Sun-Sentinel,among other places. Follow him on Twitter — @mitchlipka or on Facebook. You can also sign up for an e-mail alert for all dealnews features.

VIEW ALL
Blog · Morning Jolt · 14 hrs ago
5 Deals You Need to Know Today: Save $20 on Your Next AmazonFresh Shop
QR codes: they look like weird texture tiles from a primitive video game, but this time, they are your passport to grocery savings. Check out this offer and more in our roundup of the five best deals we found over the last 24 hours.
Blog · Buying Guides · 15 hrs ago
The 9 Best Things to Buy in June (And 4 Things to Buy Later)
While June may be a prime time for vacations, it's also a great time to find excellent deals. Check out our guide for what to buy in June and what you should hold off on until later in the year.
Blog · Marketplace · 5 days ago
The 13 Best Products to Sell Online in July 2022
July is a big month for promotions! To give you the best chance at success, we offer suggestions for what to sell online in July 2022, plus go over the major sales opportunities during the month and the items you may want to list later.