How to Get the Samsung Galaxy S5 for Free... Kind Of

Samsung will announce the Galaxy S5 this afternoon, but rather than wait for the announcement and pay full price for the phone, cash in your old phone now!
BY:
LOUIS RAMIREZ
DealNews Contributing Writer 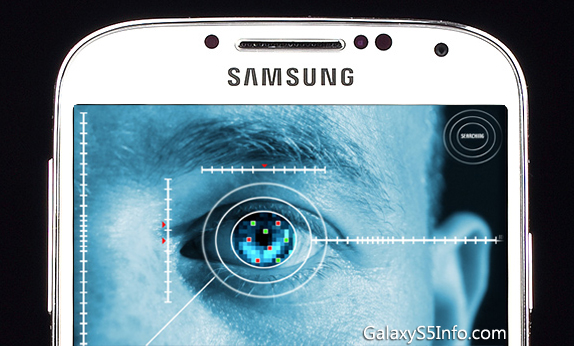 Samsung will likely unveil its new flagship smartphone, the Galaxy S5, this afternoon. And while the latest Galaxy S5 rumors have us excited about the prospects of a larger screen, built-in iris scanner, and 2K resolution display, now is also the best time to think about cashing in your current phone.

In fact, if you want to maximize your earnings to help offset the cost of the new Galaxy S5, you should sell now. While people in the business of buying used electronics are certainly aware of the impending announcement, the resale value of a device will typically drop further once the next generation is made official. So if you sell now, and the new S5 is priced like previous models at $199.99 (with carrier subsidy), you could wind up paying close to nothing if you play your cards right.

However, keep in mind that next week's announcement might not signal a time to buy just yet. Thus, selling now will only really work if you have a back up phone to use until the Galaxy S5 officially ships. Alternatively, some sites like Gazelle offer up to a 30-day holding period wherein you can secure a buying rate and continue using your old phone until your new one arrives.

If you have an out-of-contract 16GB Galaxy S III in White that's in close-to-mint condition, you could pocket up to $200 (after applicable fees), according to Glyde, a trade-in service that sells devices on your behalf; each carrier fetches a different rate, with AT&T boasting the highest value and Verizon the lowest at $160. By comparison, selling an AT&T-branded Galaxy S III on Amazon Trade-In nets you $125 in Amazon credits, whereas selling on Gazelle gets you $115. According to Glyde, even a Galaxy S2 could score you up to $90.

If you're a Galaxy S4 owner, your 16GB S4 will go for a heftier $280 on Glyde. However, since that phone isn't yet a year old, you might still be under contract. Should that be the case, you could use your contract to your advantage. T-Mobile, for instance, is buying out contracts for new customers who switch to the magenta network. Likewise, Verizon is rumored to be offering a $100 gift card and waiving activation fees for new customers as well. Both promotions have their pros and cons, and they won't work for every scenario, so we recommend re-examining your mobile contract and crunching a few numbers before blindly making any leaps to a new network.

Snatch a Deal Before Your Phone Ships, or Save 50% in 2 Months

Contrary to popular belief, deals on smartphones are easy to find, especially for Galaxy phones. For instance, just two months after its release, retailers took 50% off the full price of the Galaxy S III. Following in the S III's footsteps, the S4 saw multiple pre-order deals from the likes of Walmart and Fry's, each taking as much as 25% off the carrier's price. Two months later, retailers shaved 50% off the full price of the phone.

While it's not fully guaranteed, it's highly likely that the Galaxy S5 will follow a similar trajectory with pre-order promotions that take up to 25% off the phone's retail price, and more aggressive 50% off promotions two months after its debut.

So whether you decide to trade-in your old phone, take advantage of a mobile carrier promotion, or wait a few months for the S5 to drop in price, there's no reason you should ever pay full price for a new phone — even if it's as popular as the Galaxy S5. With a little patience and some planning, you can score an S5 for almost nothing.

Readers, are you waiting for the S5 to debut before buying a new phone?

Greg the Gruesome
>Samsung will likely unveil its new flagship smartphone, the Galaxy S5, this afternoon.

einstein999
You can always sell your old phone on ebay/craigslist at any time...and you can buy your new/stolen (cough) phone from there also. Thanks for the tip!
February 13, 2014