How Not to Get Duped When Giving to Green Charities 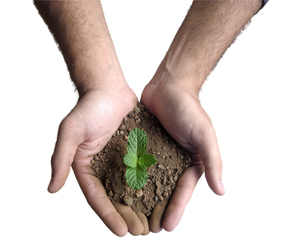 If you care enough about the ecosystem, sooner or later you'll likely consider putting your money where your heart is and donating to green initiatives.

Yet just because a charity claims to support a laudable cause doesn't mean you can trust it, say, as far as you can throw a redwood tree. In fact, at least one so-called environmental "charity" continues to dupe countless Chicagoans every single day. (We'll get to that apparent ongoing ruse in a moment.)

As for the organizations that do a great job, there's a one-stop resource that rates national charities of every type — including the environmental ones — for how efficiently they spend their money. The American Institute of Philanthropy publishes its Charity Rating Guide three times a year, and if you visit the website, you can see the environmental groups that earn top scores for their work. The top-rated charities list counts some 30-plus eco-concerns that earn anywhere from a B+ to an A+. This means that they generally spend 75% or more of their budgets on programs, spend $25 or less to raise $100 in public support, do not hold excessive assets in reserve, and receive "open-book" status for disclosure of basic financial information and documents to AIP.

So if you give to, say, the The Conservation Fund, the Rocky Mountain Elk Foundation, The Trust for Public Land or the Sierra Club Foundation, take heart and keep giving: All earned A+ scores from the AIP.

Another website, Charity Navigator, allows you to search its database for ratings for various causes, including the green ones. I plugged the mighty Rocky Mountain Elk Foundation into its search engine and learned that the group collected $61.7 million in revenue for fiscal year 2008. Of that amount, $53.4 million went to program expenses (though there's no breakdown for how many party hats with poofy elk antlers were bought). Overall rating: 4 stars from Charity Navigator.

Now the kind that makes me green with nausea: Environmental frauds do exist. A common source these days comes from spam in your mailbox, so use your noodle: If an email misspells phrases such as "global warming," comes in text-only form without any sort of professional layout and asks you for passwords or bank information, chances are it's a scam artist trawling for the green that grows in wallets.

Still people can act short-sighted, especially when a little self-congratulation makes them myopic. That's how one suspect organization seemingly takes advantage of folks who want to feel good about getting rid of clothes they don't need anyway (presumably to buy new clothes for those overstuffed closets).

At last count, more than 500 giant bins belonging to the Gaia-Movement Living Earth Green World Action Inc. dot the city of Chicago, inviting people to toss away unwanted clothes in the name of supporting environmental causes. Also known as The Gaia Movement USA, the group claims to support "projects that help people all over the world conserve their resources. These easy projects work directly with community members."

But an excellent 2004 Chicago Tribune article by David Jackson and Monica Eng puts it bluntly: "The Gaia bins offer what people seem to want: painless altruism, cleaner closets and utter convenience." But the bins also finance a shadowy international organization known as Tvind, sometimes called the Teachers Group. Started in 1970 by a collective of teachers who ran a countercultural high school in Denmark, Tvind morphed into a $100 million labyrinth of commercial ventures and charities, according to the Tribune article. Some allegedly had ties to the ruthless regimes of Cambodia's Pol Pot and Zimbabwe's Robert Mugabe.

Since then, Gaia bins have reportedly spread to California, while the leader of Tvind, Mogens Amdi Petersen, remains elusive to authorities. He was arrested in Los Angeles in 2002 after 22 years in hiding, then extradited to Denmark on charges of tax evasion and fraud. But a Danish court acquitted him in 2006, and as the case was on appeal, Petersen left Denmark and went back into hiding again, according to various news reports.

Not that Gaia's green bins continue to be anything less than ubiquitous — and preying, the evidence suggests, on the good intentions of clothing donors with at least some heart for the environment, but not enough for what lies beyond.

Lou Carlozo is dealnews' new Green Dad columnist. He was most recently the managing editor of WalletPop.com and, before that, a veteran columnist at the Chicago Tribune. Follow him on Twitter— @LouCarlozo63. You can also sign up for an email alert for alldealnews features.
DealNews may be compensated by companies mentioned in this article. Please note that, although prices sometimes fluctuate or expire unexpectedly, all products and deals mentioned in this feature were available at the lowest total price we could find at the time of publication (unless otherwise specified).

Most other stores charge at least $7 more. Buy Now at Amazon

Sheet sets start at $12, rugs at $14, storage chests at $45, and TV stands at $70, among other savings on bedroom furniture, lighting, home decor, and more. Shop Now at Wayfair

Save an extra 10% on already discounted PUMAs with coupon code "SBMAY10". Shop Now at Shoebacca

Tips
New
Samsung · 2 hrs ago
Samsung Smart Dial Washers and Dryers
up to $700 off singles, or up to $1,400 off pairs
free shipping

Save on a wide variety of front load and top load models. Shop Now at Samsung