Home and car repairs on a budget

For many people, the cost associated with a home repair project is more daunting than the work itself. Fortunately, the Internet is proving that not all household projects require a hefty investment. The following sites were designed to help home owners (and car owners) save money on their otherwise costly projects. 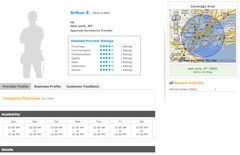 How it works: Founded by Sears, ServiceLive Beta makes home repair as easy as booking a flight on Priceline. It does this by letting you name the price you want to pay on your home repair projects. To begin, users enter their zip code and choose the type of service they need from a pull-down menu. The site covers all types of work including automotive, electrical, carpentry, and product assembly. After some initial questions about your project, the site lists the available contractors in your area. You can narrow them down based on their previous ratings, the languages they speak, whether or not they provide estimates, and so forth. After choosing the contractors you liked, you're asked to further describe the type of job you need performed. Here you can upload instruction manuals, photos of the work space, and any other documents that could benefit the contractor. After setting up your screen name (membership is free), you then fund your account with your credit card or bank account. Then you post your job and the contractors you originally selected compete for your project. Once your job is completed, you pay the contractor via ServiceLive and you're then allowed to rate the performance of your contractor.

Notables: ServiceLive contractors are approved and screened by ServiceLive. However, when initially choosing contractors, you're only allowed to see their company ID number and not the full company name. In addition, using a popular zip code, such as one from New York City or Chicago, yielded better results (roughly 80 contractors) than less popular zip codes, which often returned results in the single digits. Also, because the site is relatively new, few contractors have been rated by ServiceLive members. Out of 80, you can expect to see roughly 10 that have been rated. It's also worth noting that ServiceLive charges $10 per job you post on the site and takes 10% of the total cost as commission. 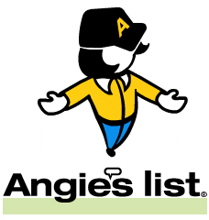 How it works: With over 750,000 members, Angie's List is a user-created database with hundreds of reviews of contractors throughout the nation. When you have a project that needs to be completed, you can sign in and browse through the database looking at the best (and worst) contractors in you neighborhood before committing to anyone. In addition to the database, members can also have Angie's List mediate disputes between customers and contractors. Companies that fail to resolve their customer's complaints are shamed by being put on the Angie's List "Penalty Box" where everyone can read about their poor performance. Subscribers can also find members-only discounts on select contractors in their area.

Notables: Angie's List offers various member subscriptions ranging from $4.50/month to $32.25/year. (Each subscription requires a $10 sign-up fee). In addition to contractors, the site also lists reviews for physicians, health insurance companies, facilities (such as hospitals and nursing homes), and retailers (pharmacies, opticians, etc.) However, like all ratings sites, there exists the potential for abuse on Angie's List, although the site claims its employees read every submission to prevent false reviews from being written.

How it works: Like it or not, appliances break, and when they do the repair bills can be costly. (See our feature on properly maintaining your appliances for more info on the matter.) RepairClinic.com is a one-stop database of common appliance parts and pieces. You can search for parts based on your appliance's model number or based on its brand. If you're uncertain, the site's "PartDetective" can also help you identify your part based on a series of questions. Once you've identified the part you're seeking, RepairClinic.com compiles a list of vendors that carry that part along with their pricing. If you're uncertain about a particular store's reputation, RepairClinic.com lists certified Better Business Bureau vendors where appropriate.

Notables: While most reviews of the site have been positive, a few customers have complained about a $10 charge from one of RepairClinic.com's affiliates. (Click here to see the reviews.) Despite the complaints, RepairClinic.com currently has an A+ rating with the BBB. (See its report here.) It's also worth noting that the service is free and you're not obligated to buy from its affiliates. In fact, we recommend performing your own price comparison to ensure you're getting the lowest price possible.

How it works: From shocks to headlights, Frugal Mechanic is a comparison shopping engine dedicated exclusively to the auto parts industry. The site lets you compare prices from over 50 retailers and includes over 5 million parts for both cars and trucks. Categories include brakes, transmission, exhaust, suspension, and more. The site itself has a clean and straightforward interface. In addition to searching by category, users can also search by car model, make, and year.