Home Security: Cameras and Safes to Protect Your Property 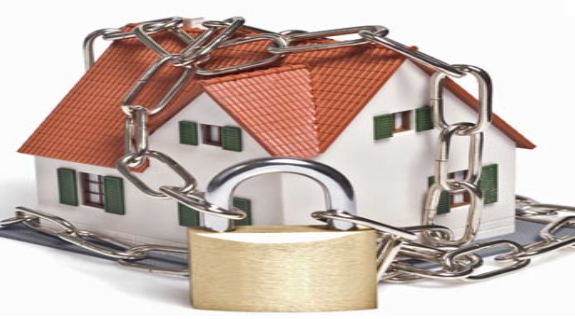 According to the FBI, in 2010 a home was burglarized once every 14.6 seconds. What's more, the U.S. Fire Administration estimates that there were 362,100 residential building fires last year. Fortunately, with a home security camera system you can reduce the chances of your home being robbed, and with a home safe, you can safeguard your precious documents from fire damage.

Keep An Eye on Everything with the Right Camera System

More and more people are choosing to add security camera systems to their properties, which function to not only discourage burglars, but also provide a handy way to monitor the activities of young ones as they play outside. If tied to the Internet, they allow homeowners to keep an eye on their home while away from it.   So here's a set of guidelines to help determine what to look for in a home security camera system.

First, create a plan for coverage. Do you want to create an unbroken perimeter of vision around your house? If so, you will probably need at least eight cameras to create visual overlaps. You'll also want to mount the cameras up high, out of the reach of burglars who may want to disarm them. Try to also keep your cameras tucked away and slightly covered from the elements — like under the eaves — if possible. You'll also want to match the color of the camera body as closely as possible to its surroundings so that it isn't noticeable against your house.

Once you have a general idea of how many cameras you'll need, it's time to examine the kinds of features your security perimeter will require. One of the most important features is the camera feed. Some cameras include a DVR that digitally records the feed for review later, like this Q-See 8-Camera 500GB DVR Network Surveillance System ($369.99 with free shipping, a low by $11). Some camera technology also allows you to route the video feed to your computer, allowing for access via the Internet and making it viewable remotely. While most security cameras whose feed is routed to a computer need to be hard-wired to your DVR or computer, there are models on the market that can tap into your wireless network instead.   The pictured Zmodo Surveillance CM-l11123BK Camera ($71.52 with $5.95 s&h, a low by $5) is one such security camera.

Motion detection is another valuable security feature available on most camera equipment. Through a motion detection setting, the camera can be set to record only when it, well, detects motion; this feature is very similar to the motion detection lights that most people are familiar with. By having the camera power on only when there's movement in the camera's view, you're saving electricity and storage space on your hard drive or DVR.

With all this hi-tech camera equipment, you still have more options to choose from. You must choose between a camera that shoots in black and white or in color. Color obviously offers greater detail, but still costs a bit more. What's more, the higher end security camera models can rotate and follow motion as it comes in and out of the camera's view. Many have infrared lights that can detect and record activity in the dark.   Consider these advanced features before settling on a video camera security system.

Keep it Safe with a Safe

More than protecting your house from unwanted visitors, it's vital to consider how to safeguard your valuables in case of fire. And we're not talking about smoke detectors and extinguishers. 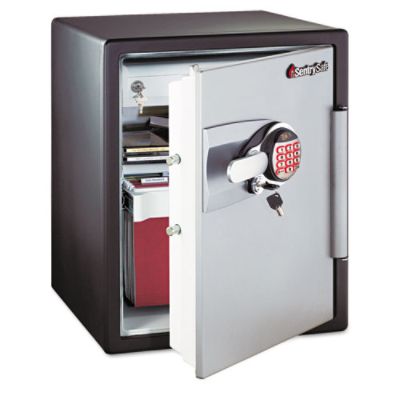 Nor are we talking about a vault to keep you precious jewels and collectibles away from a determined thief. That's because a safe that would fox the efforts of a burglar with the proper tools and time to wield them could cost upwards of $1,000. You'd further have to secure said safe to the floor or wall, else the thief might just cart it off to open at home. A more effective option for truly protecting valuables from burglary is to invest in a bank safety deposit box. (If you are interested in a large at-home safe, look into how Underwriters Laboratories rates their safes according to the anticipated time it would take for a thief to access its contents. A TL-15 rated safe means it would take a criminal with the right tools 15 minutes to break into it.  )

Since a safe that will offer an impenetrable defense against burglars is out of the reach for many consumers, your efforts might be better directed in purchasing a container that will protect valuables from destruction in a fire. Therefore, consider a home safe or fire chest sized to safeguard important documents including birth and death certificates, wills and other estate documents, life insurance policies, savings bonds, stock certificates, home ownership documents, diplomas, and the like. The Sentry Safe 1.2-Cubic Foot Combination Fire Safe ($139.99 via $80 mail-in rebate with free shipping, a low by $50) features UL-classified fire protection up to 1,850 degrees and boasts both an LCD electronic lock and tubular key.

Consumer Reports suggests that paper documents be stored at below 350 degrees Farenheit, while your more sensitive digital data (on DVDs and computer disks) probably won't survive a 30-minute fire burning hotter than 125 degrees. Look for a safe that can insulate its contents from fire for at least one hour, like the pictured Sentry Safe F2300 Fire-Safe Waterproof Chest ($52.89 with free shipping, a low by $1).

Since firefighters put out fires with high pressure water, water resistance is certainly a useful attribute of a safe as well. However, this feature is inevitably more expensive. There are ways around protecting your documents from water damage, of course: just enclose the contents of the safe in waterproof plastic bags.

In securing your stuff, you'll be able to choose between a combination lock and a lock and key. Here, personal preference should dictate your decision. How good is your memory? Can you remember another set of numbers? Will you inevitably leave the key in your top desk drawer? And while most thieves can easily cart away a safe or crack it with the proper tools, they can't take what they can't find, right? So when it comes to where to place your safe, avoid the master bedroom and closets as they're the first places thieves look, according to the Crime Doctor. You should also avoid places that might flood, too, which rules out most basements. And of course, don't make your safe so inaccessible that it discourages your using it.

Another thing to be aware of, is how heavy the safe actually is — especially if you plan on hiding it somewhere that requires lifting; a safe with a volume of one cubic foot can weigh upwards of 100 lbs., depending on its construction. Keep this in mind especially when shopping online for a safe, as delivery fees can be substantial. An example of a relatively light option is the Sentry Group Ds0200 Safe ($139.98 with $5 s&h, a low by $14), which offers UL-classified fire protection for even the most fragile electronics (such as USB drives) up to 1,700 degrees for one hour. This combination lock safe doesn't have a lot of space, coming in at .8 cubic feet, but it weighs only 87 lbs., so it's not a monster to install.

Home perimeter cameras and fire safes are just two safety measures that can help keep you and your belongings protected in case of theft, fire, or flood. A home security system, along with working smoke and carbon monoxide detectors, and a wireless connection to 911 all play a part in making your home the secure castle it should be. There's no reason, however, to overpay for any of them. Sign up for an email alert to keep abreast of the latest home security deals.