Here's Everything You'll Get With That Free Windows 10 Upgrade

Microsoft wants Windows to become the best multi-platform OS in the world, and it's giving users access to Cortana, an improved browser, and more. Will you upgrade to 10?
BY:
ERIN CODUTI
DealNews Contributing Writer 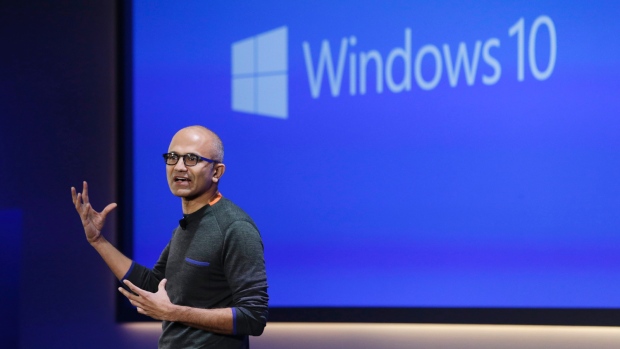 Buzz has been building about Microsoft's ambitious plans for Windows 10, fueled further this week by the software makers keynote address. Windows 10 will launch later this year and is intended to serve a plethora of Microsoft products, from PCs, to smartphones, to Xboxes. It's even being adapted for platforms from other companies, like Arduino microcontrollers and single-board computers.

The goal? To have it installed on a billion devices within three years of launch, which is twice as many as those that run Google's Android OS today. That's a lofty goal, and Microsoft faces many challenges in meeting it, but they're pursing it aggressively.

So how are they going to distinguish their OS and make this possible?

One huge change from past versions of Windows is that upgrading will be free. For a year, you'll be able to upgrade to Windows 10 at no cost if you own a device running Windows 7 or Windows 8.1. (Microsoft has not said how much it will cost if users want to download Windows 10 after that first year.)

Another major change is that users can finally say goodbye to Internet Explorer. The default browser for Windows 10 is the new "Microsoft Edge." (IE 11 will still be available, but by default will not be used.) This new browser is said to be standards-compliant, which will hopefully allow web developers to provide a more consistent and reliable user experience.

Microsoft is also working to increase the number of apps available to the new operating system. It's facilitating app developers in porting iOS and Android apps to Windows 10 with the release of two new software development kits.

It's also looking to aid developers of desktop programs and websites to transform their creations into Windows universal apps with minimum fuss. It's likely looking to address concerns with the weak offerings of their current app store — Windows phones have about 300,000 apps available, approximately a quarter of what's available to Android or iPhone users.

Windows 10 PCs will also gain access to Cortana, Microsoft's Siri-like voice-activated electronic assistant. While the feature can be deactivated if it's unwanted, users can use Cortana to run searches, launch apps, set appointment reminders, and even place-based reminders for users with mobile devices. ("Hey Cortana, when I get home, remind me to take out the trash.")

And the Big Deal: Continuity Across Platforms

The company wants the OS to support a variety of control schemes, including mouse and keyboard, touch-based, voice control, and even holograms. A system called Continuum detects what control methods are connected and adjusts the control schemes (and appearance) accordingly. During its recent keynote speech, Microsoft demonstrated a phone powering Excel in a traditional desktop view on a large monitor, with no traditional computer involved. (They did caution that this dual-screen capability is expected on upcoming devices, as existing phones aren't powerful enough.)

The company faces challenges in designing an interface that is unified enough to allow users to transition between devices easily, but is still efficiently usable on each device. The "mouse-and-keyboard" version should look comfortingly familiar to long-time desktop users. Screenshots of the new OS on PC aren't immediately distinguishable from those of Microsoft's older operating systems. (The Start menu is back!)

The same can't be said of other platforms yet. Backlash to their initial mobile designs has already prompted some tweaks, and the company has asked users to continue submitting feedback, citing a desire to continue to refine their designs.

They also may still face challenges with app availability. Their new tools should make it relatively easy for developers to port existing apps over to their new platform, but "relatively easy" isn't the same thing as "absolutely effortless," and only time will tell if their gambit results in robust offerings or something a little better than what they have now.

Are you excited for Windows 10? How likely are you to upgrade your computer? Would you want it on your phone? Let us know in the comments.

venkatx5
@B from C: Yes, This Planet still uses Windows more than any OS on Laptop and Desktops. (Statistics say 90% use Windows)

If you don't prefer Windows then Stay Back! (Sigh)

adollar98
I will upgrade if you can add Windows Media Center. I've tried all the wanna-be's and none of them can replace the real thing. In fact it's like they're "trying to suck" to quote Keith Stone.
May 5, 2015

ivo
I use 8.1 and 7 ultimate, and am fine with both. For the naysayers: yes, 8 sucked. Do you even 8.1? I love the stability and speed of 8.1, and never EVER see tiles. Period. I will be upgrading to 10 after 6 months or so, and NO, you don't pay a subscription fee after a certain time. Amazing how many people have the power of the internet in front of them and refuse to use it. Do a friggin search, people. You get a year to decide. The upgrade is free, for the LIFE OF THE DEVICE.
May 5, 2015

kshell
My apologies to those who took time to pointed out that Windows Media Player and Media Center are two different applications. Yes, I know the difference between the two. Unfortunately, I unintentionally hit the "Post Comment" button before I completed a review to fix typos, etc. The URL that I included in my original comment references Media Center.

Is there any way to edit a comment after it's been posted? If not, I just have to remember to use a text editor to compose and review before posting.
May 5, 2015

If you have to learn a whole new UI why not switch to one where you don't have to waste over half your resources battling malware?

Seems like more reason to switch to Linux or OSX. And this whole idea of unifying the UI accross desktop, server, tablet, phone is a load of crap. Last thing I need is my little kid spreading PB&J all over my expensive QHD TV trying to play cartoons.
May 4, 2015

LonnieMcClure
@kshell: Windows Media Player and Windows Media Center are not the same program. WMP was in the previous builds of Windows 10 and is in the latest (10074) build also

BTW, the the latest build has been renamed from "Technical Preview" to "Insider Preview" and appears more "finished" than prior builds.
May 3, 2015

xterra
Funny thing is my asus t100 is only smooth using ie, any other browser it's all choppy, unbearable. Thats why im gonna sell get rid of it.
May 3, 2015

alnielsen
How long is the Win10 license for? MS has been wanting to go to subscription base software for a while now.
May 3, 2015

HowardC
I'll join the peanut gallery and say you need to correct your article. Microsoft explorer is the main shell of windows.... you know, browsing folders and files. Microsoft INTERNET Explorer is the web browser. They are related and that's why they have similar names, but they are separate programs.... so which is it that gets replaced?
May 3, 2015

Greg the Gruesome
@Greysplash: Cilvre was pointing out that the writer of this DealNews piece called Internet Explorer "Microsoft Explorer".
May 3, 2015

kshell
Shell out more money to replace your media applications because yoy'll lose Windows Media Player (http://www.zdnet.com/.../rip-windows-media-center/) when you upgrade.
May 2, 2015

datdamonfoo
My Windows 8.1 tablet is pretty good, but my fiancee's is way better. What xterra might not be aware of is that there are many 8.1 tablets out there, so his experience is not the same as everyone's. Buy a better 8.1 tablet.

Also, as a correction, there are more than 300,000 apps in the Windows Phone Marketplace (it past 300,000 last year). And, with Windows 10, the phone and desktop Windows App Stores will combine, which will mean there will be 600,000 Apps available, as per the number quoted at the most recent Build conference.
May 2, 2015

xterra
My windows 8.1 tablet sucks bad. I find myself loving my sons chromebook more and more everyday.
May 2, 2015

lesser160
You can upgrade for free for a year, but if the past is an indicator, it will take two years to get out the bugs.
May 2, 2015

netwolf
ORRRRRRRRRR you can find a flavor of linux that you like and have that for free AND be less prone to malware and junk that targets lemmings running microsoft products.
May 2, 2015

Greysplash
@Cilvre
Internet Explorer is still in Windows 10, but Microsoft Edge is a NEW browser (previously Project Spartan) that offers some cool features.

@Kyser_Soze
It's not that you only get it for a year, rather you have a year once Windows 10 is released to upgrade for free, then you have it forever.
May 2, 2015

johnegopher
My desktop has Windows 7 Ultimate, is connected to big screen tv, and has 2 tv tuners and a blu-ray drive. I use Windows Media Center more than anything on this pc, so unless Windows 10 has the Media Center, I'm out. If it's included or available for cheap, then I will probably upgrade.
May 2, 2015

Kyser_Soze
What happens after a year? Will I be charged an annual fee or a single fee to use the new OS? How much will it be? If it were going to be good news I don't think it would be a secret and why would I want to invest my time without knowing what happens later?
May 1, 2015

okani
as long as it kicks out Linux/Solaris OS from server and provides Windows UI - I am all in, effing hate those two. Loading my PC at my work in Windows in order to open X-Window because it is free OS, and then pull all my files to Windows to open them in Excel, Notepad to do a research,ughhhhhhhhh
May 1, 2015

Cilvre
its internet explorer, not microsoft explorer. it'll be used to download other browsers at best for me. and voice and continuity are not features i care about. the added workflow options with virtual desktops is where they have me looking at it and testing out since early preview. The current versions are looking really nice.
May 1, 2015