GameStop Will Pay 20% More for Your Old Video Games

Rewards members and those who opt for store credit will still get the highest payout for trading in used games.
BY:
ELIZABETH HARPER
DealNews Contributing Writer 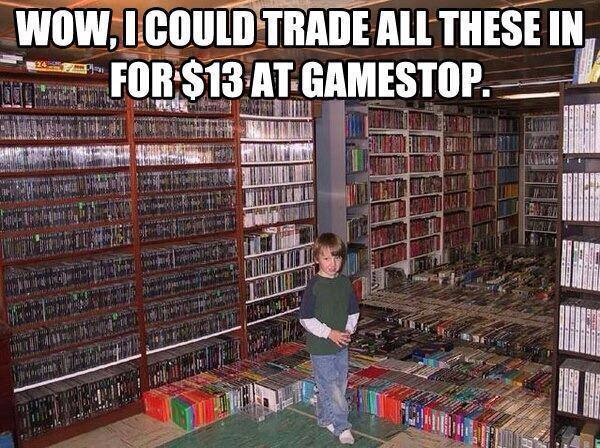 If you're looking to cash in on some of your old video games, GameStop will soon be offering higher rates to those bringing in gear to sell. Starting August 18, GameStop will be simplifying its trade-in program, and also offer promotions which can further affect how much cash you pocket. (That is, assuming you aren't put off by the store's fingerprinting policy in some states.)

Opting for Store Credit Will Net a Higher Trade-In Value

GameStop currently has 10 different price-points for every trade-in item. The new system will feature four price-points that will vary depending on whether you're getting cash or in-store credit as well as whether you're a member of their PowerUp Rewards program.

Cash will net you a lower trade-in value, while in-store credit and PowerUp membership will both give you better value.

The simplified system will be easier for both customers and sales associates to understand, but also offers better payouts to anyone seeking to sell used games, with an average 20% price increase on purchased items — bringing the value of the average trade-in up from $9 to $11. While that's not a ton of cash, it's more than you're likely to find when rummaging through your couch cushions — and it's better than nothing for games you aren't likely to play again.

Even though the dollar amounts are small, they add up to big business for GameStop, which issued $1.2 billion worth of trade-in credit in 2013 — 70% of which customers applied to new purchases. That's certainly incentive for GameStop to offer prices to keep customers bringing their games in, especially as retail competition heats up with Walmart now accepting game trade-ins as well, and offering sellers prices similar to GameStop's current offering.

So will it be a good deal to take your used games to GameStop moving forward? It's definitely a better deal than it is now, putting GameStop's best prices — the prices you get if you're a member of their rewards program and trading in for store credit — above Walmart's game trade-in prices and about equal to trade-in prices on Amazon (both of which only pay in gift cards).

Still, if you're willing to put more effort in to it, you're still likely to get higher returns by selling things yourself on eBay or the Amazon Marketplace. However, it's hard to beat GameStop for convenience when you can walk into any of their 6,100 locations and trade in many games and game consoles without having to worry about listing, shipping, or any of the other hassles of selling.

Readers, what do you think about this news? Do you sell used games at GameStop? Take our poll!

Aboyne
Awesome News! But you missed the part where you need a DNA test and Rectal exam to trade it in.
August 7, 2014