Fund At Your Own Risk! PayPal No Longer Protecting From Crowdfunding Fails

You'd better think twice before you make an investment in that impossibly cool project. Starting June 25, you can't get your money back from PayPal if crowdfunding falls through.
BY:
JULIE RAMHOLD
Senior Staff Writer 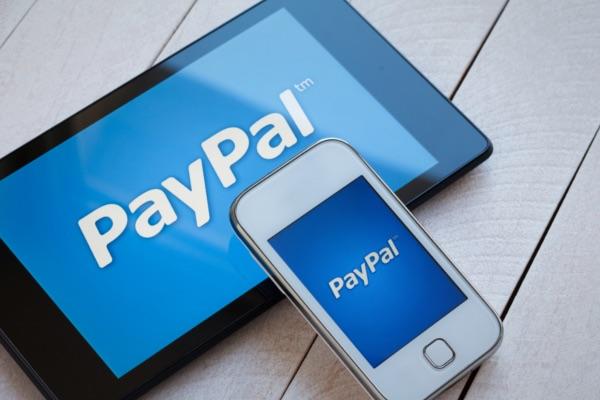 Starting June 25, PayPal isn't going to protect you from questionable crowdfunding decisions anymore. Purchase Protection will no longer be available for projects of this nature, meaning if you invest in a campaign that fails — or just doesn't deliver for whatever reason — you're out of luck.

When Purchase Protection for crowdfunding ends, customers won't have the ability to dispute the charge with PayPal in the event that an artist or startup never actually produces the project that was funded. And if customers know they won't be getting their money back on unsuccessful campaigns, it might have a chilling effect on crowdfunding overall.

(Crowdfunding sites do not actually charge customers' accounts unless the projects meet their fundraising goals by a certain deadline, so customers are still protected in that sense.)

Without that "money-back guarantee," some are bound to be more hesitant to support these kinds of projects. Yet for others, it might just mean a lower investment, and therefore a lower risk. Either way, crowdfunding could potentially end up with less money, and fewer funded projects overall.

It's an unlucky move, especially for those who really want to support indie artists and inventors as they try to make their projects successful. But PayPal's decision isn't all that surprising. According to Kickstarter, about 9% of its funded projects never deliver what was promised to investors. If that's a standard figure for the crowdfunding industry, it makes sense that PayPal wants to avoid having to shell out so many refunds.

"We work with our crowdfunding platform partners to encourage fundraisers to communicate the risks involved in investing in their campaign to donors."

In a statement to Engadget, PayPal said the move came about because of the "risks and uncertainties involved in contributing to crowdfunding campaigns, which do not guarantee a return for the investment made in these types of campaigns. We work with our crowdfunding platform partners to encourage fundraisers to communicate the risks involved in investing in their campaign to donors."

Readers, do you agree with PayPal's decision? Does this make you less likely to back a crowdfunded project? Let us know in the comments below!

ponagathos
Just 9% fail to deliver? I guess I have done a very poor job of selecting projects to back. If I include projects supposedly still working to deliver(the oldest will be a year late next month), my failure must be closer to 40%. Worse, it is mostly the high dollar projects that fail. I understand electronics must be harder to create than a wallet but still hate being dragged on forever.
May 17, 2016

yivvy
It never dawned on me that there was ever "protection" for investing in the many scams on Crowdfunding. How much money did PayPal actually lose by refunding money used for gambling?
May 17, 2016

jcauthorn
I just had my card denied this weekend because the bank's or credit card's fraud protection caught it before it let the transaction go through.

With the way banks and Visa/MasterCard are working toward secure online banking and financial transactions - there seems to be less and less of a reason to use PayPal.

Not only that, but they are proving to be full of rank hypocrisy -- they claim to be pro-lgbt by pulling out of North Carolina and yet do business in many countries where being gay is punishable by prison, stonings, or being thrown off a roof.

Funny, it doesn't seem to be that important to them, maybe because it would cost them real money?