People are more likely to shop during the first half of August, and more consumers will make a purchase on their phone this year.
BY:
LOU CARLOZO
DealNews Contributing Writer 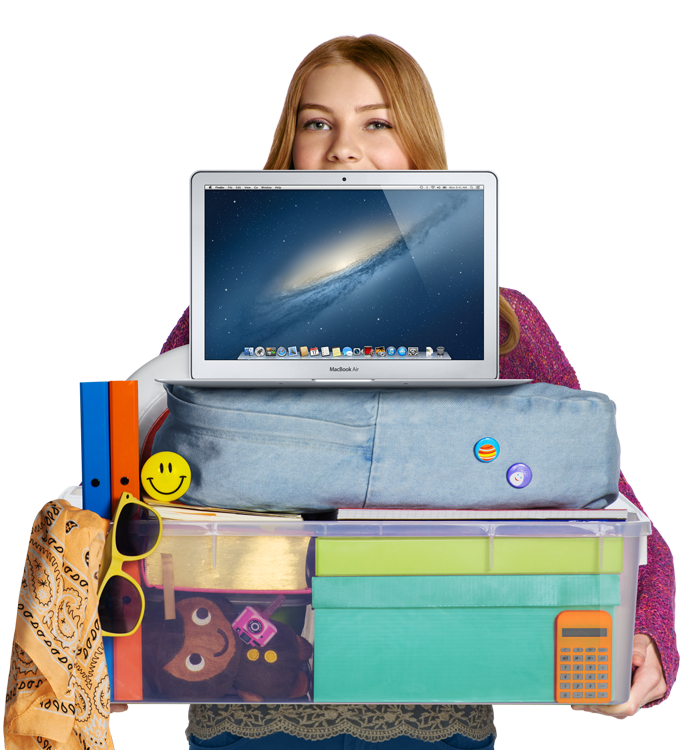 Parents can't help thinking about it, kids can't help ignoring it; but back-to-school time is upon us, even though August holds a month more of summer fun to relish. And while most students are definitely not looking forward to that first math assignment, we can't help but add up all those statistics associated with a new school year.

Here we present the latest forecasts and fun facts associated with the back-to-school season. So sharpen those pencils, sit up straight in your chairs, and study up. There will be a quiz immediately following this lesson. OK, maybe not. But you'll still want to do your homework before those first big sales arrive, so read on and visit our back-to-school hub for updated deals and news.

That forecast from the National Retail Federation represents a slight uptick from last year, when families of K-12 students spent $634.78. That includes apparel, shoes, supplies, and electronics, and is up 5%. This likely reflects improvements in the economy, according to the NRF.

Or maybe one of your kids has become obsessed with Hello Kitty, and now needs the notebooks, pencil cases, pencils, and everything else, while your high schooler wants a new, souped-up smartphone. And speaking of smartphones…

Smartphone Owners Shopping for Back to School: 74%

Nearly three in four shoppers will use smartphones to make smart purchases, according to Deloitte's 2014 Back-to-School Survey. That's up 10% from 2011; meanwhile, web-enabled smartphone owners have more than doubled since 2011 (from 40% to 84%).

This figure drops slightly from last year's $26.7 billion, which the NRF attributes to slightly fewer students in households this summer.

Here's how it breaks down by grade level: Both high school and junior high students will finish within pennies of each other (at $682.99 and $682.13 respectively). How does one explain a difference of 86 cents? Maybe thumb bandages to treat excessive text messaging. Parents of elementary school children will only spend an average of $580.94, which probably shoots a hole in the Hello Kitty theory.

Combined Spending for Back to School and College: $74.9 Billion

Projections by the NRF seem to reflect two movements at odds with each other. While there's been a steady rise in consumer spending over 2014, "Americans are still grappling with their purchase decisions every day," says NRF President and CEO Matthew Shay. He adds that parents will likely exercise caution with the budgets, weighing the needs of children versus the wants.

For many children, this rules out back-to-school Super Soakers, video games, and motorized scooters. (This is what school buses are for, kiddos.)

Percentage of Businesses That Marketed Back to School in May: 27%

All we can say to this one is, "Huh?" One school year hasn't even ended, and the next one is marketed? That's what Experian Marketing Services reports. Another 34% marketed in July, though no Fourth fireworks in the shape of textbooks were reported. As for when revenue peaks, that's in the first half of August, at 42%, Experian reports.

Ratio of Females to Males Buying Items on Sale: About 6 to 5

Deloitte notes that female shoppers plan to be more price and budget conscious when shopping for back-to-school items: 59% plan to buy more items on sale, compared to 49% of men. With coupons, it's 32% to 26% respectively.

You can interpret these results one of two ways. Either men are learning (slowly) to be as thrifty and smart as women, or they're more attuned to finding sales on beer, potato chips, and power tools.

There may be an easy way to explain this NRF statistic: the onetime students who crammed for every exam now have carried over that same behavior as adult shoppers. The majority, though, will shop three weeks to a month before school (44.5%). Another 25.4% will shop one to two weeks before school, and about 1 in 5 got it all done two months before school started.

There may be an easy way to explain this, too: These parents used to study weeks before exam time. Compared to the crammers, you might call this the "smug to slug" ratio. That said, those later shoppers may have the last laugh, as they'll be seeing the best prices during back-to-school sales.

And with some back-to-school stats, we'll just have to wing it. As for how many items belonging to your elementary school kid will wind up in the lost and found, who knows? We can only assure you it'll definitely be more than one. The number of relieved parents will reflect a sharp jump from the last day of school, perhaps 100%. If not, we can guess it will correlate pretty well to the number of groaning, groggy students.

highgravity
$670 for K-12? per kid? They obviously didn't survey any dealnews subscribers. That is insane
August 12, 2014